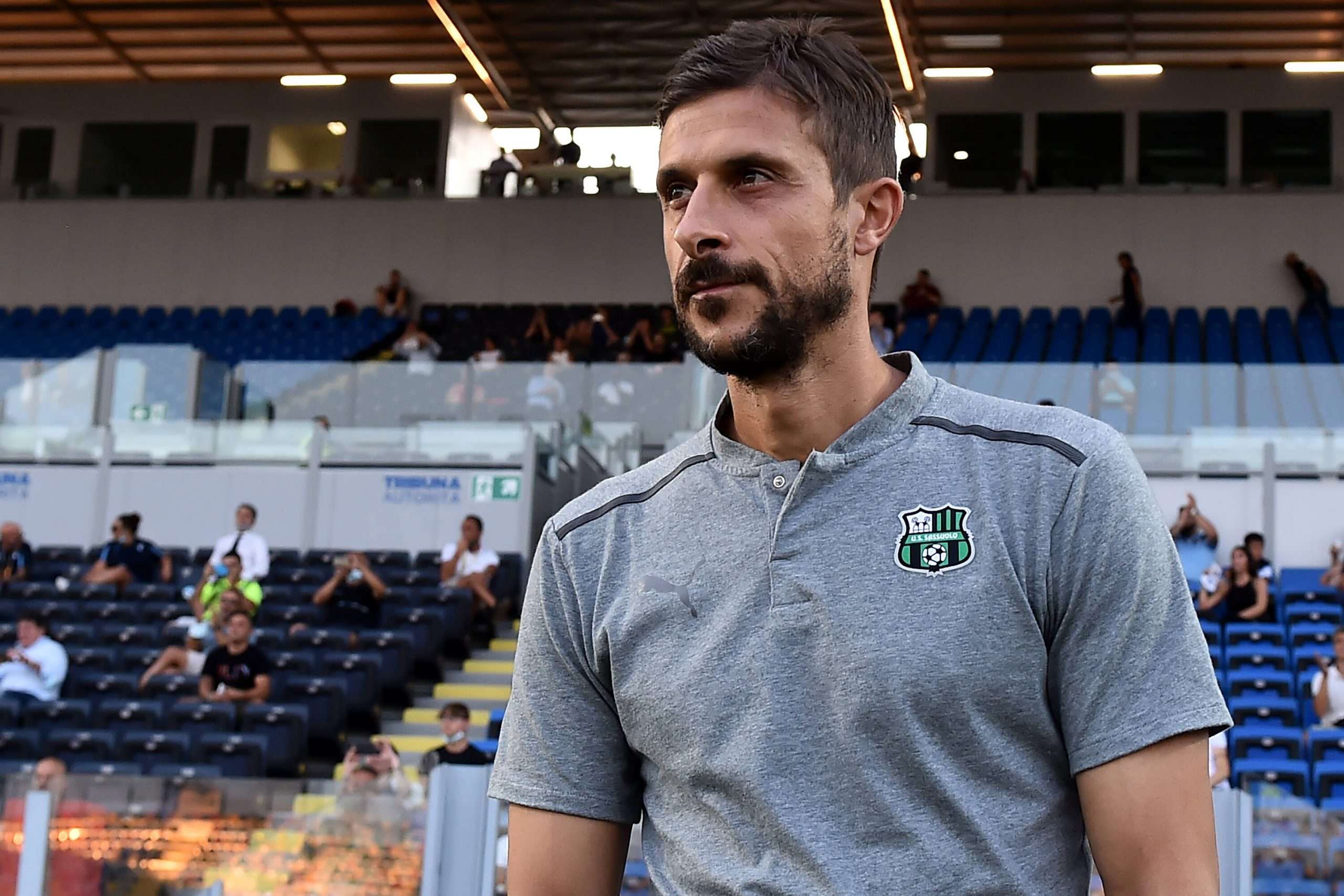 With Sassuolo now set to continue life without Roberto de Zerbi, Sai Hemanth Tiruvuri takes an in-depth look at the Neroverdi ahead of the 2021/22 season.

Originating from the northern Italian region of Emilia-Romagna, Sassuolo have won over many fans and have caught the eyes of many Calcio enthusiasts across Europe and the rest of the globe over the past few years. During Roberto de Zerbi’s tenure from 2018 to 2021, the club played quite an attractive brand of football with some of Italy’s brightest talents. Some of them are now key members of the Azzurri and some of them are linked to big money moves to renowned clubs in Europe & Serie A clubs higher up the table.

By the virtue of their entertaining brand of football, the club has been edging close to contention for an outside chance of securing European football. The Neroverdi have finished eighth in the Serie A table in the past two seasons but more importantly, they improved on their overall points tally last season by finishing on 62 points – level with Roma and only worse off by a goal difference of two and secured their best points tally in Serie A, breaking their 61-point tally from the 2015-16 campaign, which saw them finish sixth and get a rare taste of Europa League football.

From playing amidst extreme fog against Torino in that pulsating 3-3 draw, making the most unexpected of comebacks against Milan on their own turf to winning in a seven-goal thriller against Bologna, there have been so many memorable moments for the Neroverdi supporters to cherish from the 2020/21 season.

The season wasn’t without a fair share of rough patches too. Losses like the one against Spezia at home and losing star striker Francesco Caputo to injury was a certain contributing factor to the inconsistent run of form they had during the season from late November 2020 to about mid-January 2021, where they couldn’t muster a proper winning streak of games.

Defensive holes need to be plugged for Sassuolo

As exciting as Sassuolo’s attacking output might have looked last season, they paid the price defensively. This has been indicated by their Expected Goals-Against metric (xGA) over the past two seasons when observed on a 10-game rolling average in comparison with their Rolling Expected Goals (xG) metric as shown in the visual.

In the 2019-20 season, Sassuolo scored 53 open play goals, only second to Atalanta who themselves had one of their best seasons in the competition. At the other end, they conceded 32 open play goals (which ranked them 10th in the league) but still ended up conceding 63 goals that season.

2020-21 only increased the tally of goals conceded from open play to 40. However, it also saw a massive drop-off in open play goals (only 36 open play goals) which is an indication of Caputo’s absence in a way, as their goals were distributed a little more evenly by the means of set pieces and penalties.

Loads to be proud of despite defensive issues

Despite such defensive issues, De Zerbi managed to steer his team to eighth with the help of other star players. Domenico Berardi, who was the club’s highest goal scorer with 17 goals, provided seven assists which attributed his goal involvements alone to a whopping 37.5% of the total goals Sassuolo scored over the whole season.

Berardi has impressed, when it comes to goal-creation actions per 90 minutes

The Italian has done well, in terms of shot-creation actions per 90 minutes too

His contributions were amongst the best in the league when compared with players who operate in the similar roles and have played nearly the same number of minutes as him. As evident from the charts, his 4.69 Shot creating actions per 90 and 0.62 goal creating actions per 90 have been of a very high importance for the club to finish on their highest Serie A points tally till date.

Another player who was impressive last season was midfield signing Maxime Lopez. The Marseille loanee has now joined the club permanently on a four-year deal and will look to have an even better season this time around.

Lopez impresses, when it comes to defensive performance

His ability to do the dirty defensive work & his prolific work rate as a midfielder in general has been indicated via his defensive actions – where he is completing about 1.35 tackles and 0.58 interceptions per 90, which isn’t eye opening as such, but is a decent return for the number of minutes he was given in Sassuolo’s rollercoaster of a season.

Talking about midfielders, the darling of the club and a name that is familiar with pretty much every fan especially after his impressive EURO 2020 campaign – Manuel Locatelli, had his fair share of contribution from the heart of the midfield to propel Sassuolo forward in a lot of games in the 2020/21 campaign.

His defensive numbers might not portray the best of pictures with regards to his importance, but his ball progression numbers do. His ability to progress the ball from midfield to the frontline has been monumental for Sassuolo’s high intensity, quick build up play under De Zerbi and his numbers in that regard paint a good picture as well – as shown in the visual above.

All being said, the previous two seasons would’ve pleased the Neroverdi fans and would’ve ignited a hope for more progression in the coming years. But that hope could well be hanging by a thread now as Roberto de Zerbi has already joined Ukrainian giants Shakhtar Donetsk.

Having only turned 42 back in June 2021, De Zerbi is extremely young for a manager and has done a commendable job for the club which indeed makes him an option for clubs that want a long-term project with a footballing philosophy that matches him.

His departure, without doubt, would be disappointing for the fans but he is certainly a manager who’d be remembered for his high-octane and innovative brand of football during his time at the club by the fans for a very long time.

The 2021/22 Serie A season marks the dawn of a new era at the club under the management of Alessio Dionisi – the former Empoli and Venezia manager, who will be making his managerial debut in the Italian topflight this season. He is known for professing a very entertaining 4-3-1-2 formation from his time at Empoli and it could well be a formation that could impress the Neroverdi supporters this season, if it is used at its best.

The pre-season for the club under Dionisi has been fantastic, with Sassuolo winning 8-0, 3-0 & 3-1 in friendlies against Bressanone, Parma and Vicenza respectively – scoring 14 goals and conceding just one. Filip Đuričić has been excellent in these games and is looks primed to carrying on the form into the season ahead.

Dionisi however, would still like to address and improve upon Sassuolo’s defensive issues especially from open play this season, which would be a massive boost for the club if they manage to emulate the attacking threat they showed glimpses of during pre-season.

He would certainly hope that the permanent signature of right back Jeremy Tolijan and 22-year-old centre-back Ruan from Grêmio, help in strengthening of the backline for the coming season.

As far as other incomings in the transfer market are concerned, the club have secured the permanent transfer of Hamed Junior Traorè from Empoli – Dionisi’s former club. They have also signed Matheus Henrique in midfield, who was a part of the Olympic Gold winning Brazilian squad.

With regards to the outgoings, centre-back Marlon has joined De Zerbi at Shakhtar Donetsk on a permanent deal. Federico Di Francesco has also left the club permanently to join SPAL in Serie B. Juventus are inching closer to sign Manuel Locatelli.

His move would mean that Dionisi would have to make plans for building a strong midfield core without him, which is a blow to the club in a way and a very difficult task indeed, in terms of replacing his output and attributes as a player that have contributed so much to the team.

This season is going to be exciting yet nervous for the Sassuolo supporters, under a new manager and a new system, potentially. One player who is worth keeping an eye on this season is Giacomo Raspadori.

With an ageing and injury ravaged Francesco Caputo and with Grégoire Defrel entering his 30s, Raspadori has got all the potential and ability to step up and become a regular first teamer this season and eventually take the mantle from Caputo to lead the frontline.

His admirers are not just at the club. Even Azzurri manager Roberto Mancini highly rates Raspadori, which was evident by his inclusion in the Italian squad for EURO 2020. And the fact that Italy went on to win the championship would’ve given him a morale boost and would’ve taught him a lot from a dressing room full of experienced leaders and champions.

European challenge for Dionisi’s side?

The season kick starts very soon, and it has the potential to be one of the most exciting Italian topflight seasons in recent history, especially after the managerial merry-go-round during the summer.

If Sassuolo are to keep up their pre-season form in any way or if they are to emulate some of their brilliant performances from their previous seasons, they are bound to have a very good season and potentially match their points tally of last season or that of 2015/16. Whether or not they are able to do it with the potential loss of their star midfielder and managerial changes at other clubs and their own club, is there to be seen.

All stats via FBRef