Sassuolo’s Locatelli on his future: “I’m ready for a big club.” 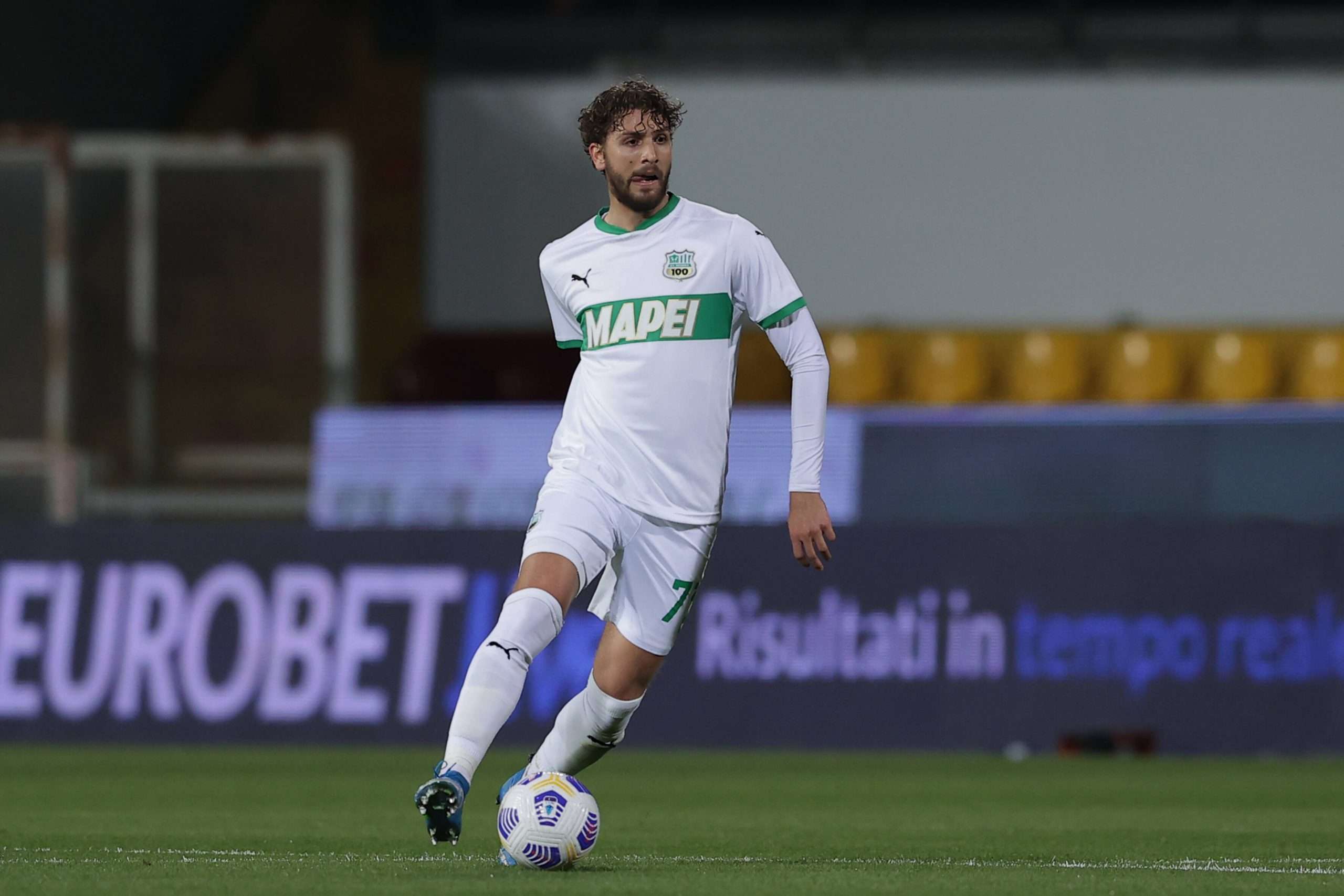 Interviewed in today’s Corriere dello Sport, Sassuolo midfielder Manuel Locatelli spoke about Sassuolo’s campaign, his role in the national team and a potential move away from the Neroverdi in the near future.

On Sassuolo’s season so far

“Considering the quality we have in the squad, we could have done better in certain games. We’re a great team, we play well and we’ve deservedly clinched a high position in the table. Now, the objective is to finish the season in 8th. I don’t think breaking into a European spot was impossible, but the top seven have been going strong, and we could have done better in some matches – the defeat to Torino where we were 2-0 up comes to mind, but also the points we dropped against Parma and Spezia at home.”

On how manager Roberto De Zerbi has helped him

“He’s helped me grow regarding my technical and tactical knowledge, but also from a human point of view. I’ve matured a lot under him.”

“Italy has a very strong midfield and there’s a lot of competition. To be called up in the first place is amazing. It’s up to me to remain on track if I want to stay there. Jorginho, Barella and Verratti, other than being great guys, are fantastic players and it’s great to be able to train with them, to be able to measure myself up against the best Italian midfielders. That’s how you grow as a player.”

Are Italy among the favourites for the Euros?

“The great results we’ve had since Mancini’s been here, the increase in self-esteem and the cohesive group that’s been created at Coverciano are all fundamental aspects to be able to challenge. We’ll take it game by game, but this Italy team can dream.

“We are Italy and the dream has to be that [to win the Euros]. I’m not saying we’re the absolute favourites because there are great teams there, but the goal has to be to go all the way.”

“Is Locatelli ready for a big club?”

On whether he would be open to offers from abroad

“Why not? Playing abroad is an option for me and I’m not closing the door to anything. I don’t like to speak too much about the transfer market because that concerns my agents and the Sassuolo management. I don’t know whether this will be my final year here or what the future has in store. When and if the opportunities are there, we’ll evaluate them together.”

On his time at Milan

I don’t want to look back on that experience because I’d rather concentrate on the future. I’ve already said that it was positive because I trained with great players, started in Serie A in a rossonero jersey, and got to experience the thrill of scoring against Juventus at the San Siro. It all happened very quickly, I almost didn’t get to enjoy it, which is why my departure from Milan was hard. I’d lost my confidence and found it again at Sassuolo.

On who his footballing idols are

“As a boy my idol was Pirlo, but I also liked De Rossi and Marchisio. I learnt a lot at Milan by training with Montolivo. Right now I also admire Toni Kroos for his elegance and what he does on the pitch.”