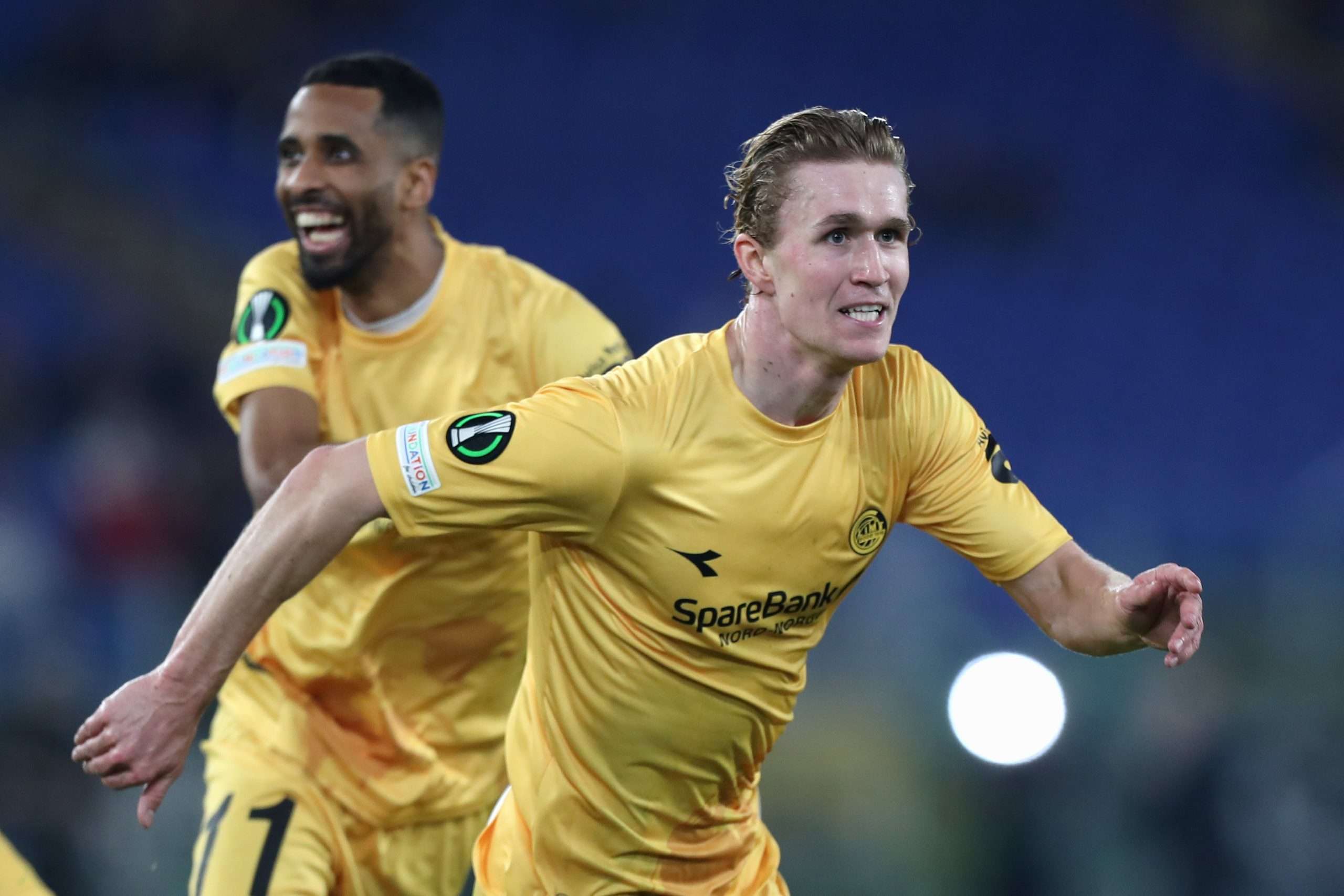 Bodø/Glimt will host AS Roma in the first leg of the Conference League quarter-finals this Thursday, with reports in Italy making clamours around Norwegian star Ola Solbakken.

A report from La Gazzetta dello Sport claims that the Roma scouts will be closely monitoring the performance of Solbakken on Thursday, with the club being interested in pursuing his serving next summer. Roma crossed paths with Solbakken in their first Conference League meeting with Bodø/Glimt last October.

In what turned out to be a 6-1 humiliation for the Italian side that night, Solbakken picked a brace for the Scandinavian side. Since then, Mourinho and his management team have kept a close eye on the 23-year-old winger.

As per the story, Solbakken’s current deal at Bodø/Glimt expires in December 2022. And if Roma feel the urgent need for the winger, the pacey goalscorer could even be signed next summer for a transfer fee of €2million.

It is understood that Giallorossi could part ways with Carles Perez and Stephan El Shaarawy. Their potential departures could make some room for the arrival of the Norwegian. It is also reported that signing Solbakken would be efficient for Roma’s budget.

Lens star on Milan radar as alternative for Lille’s Sanches