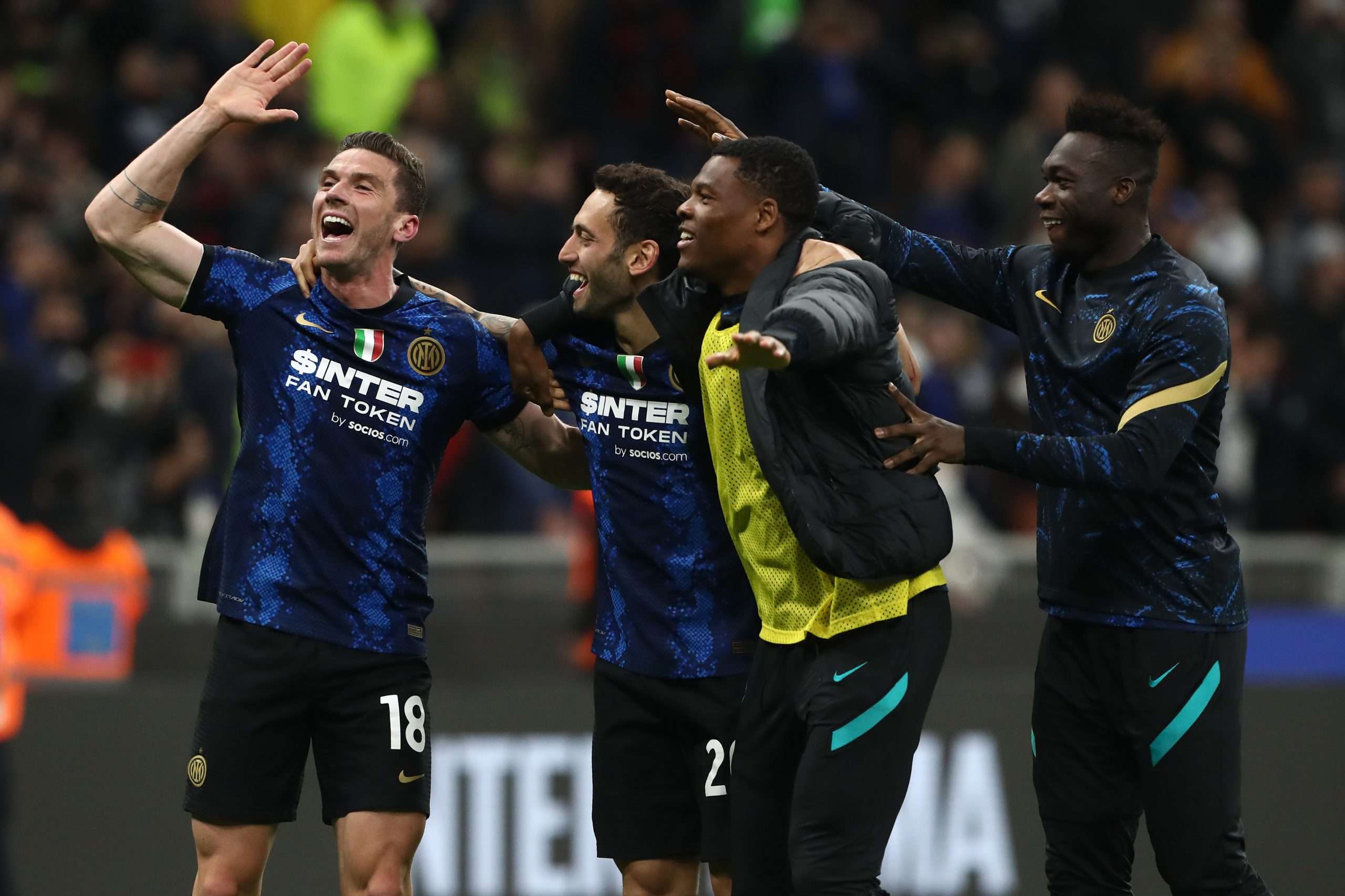 Inter invaded the Milan defence not once, twice, but thrice on Tuesday evening as Simone Inzaghi’s men edge closer to securing a domestic treble.

It was a Lautaro Martinez show in San Siro in the second leg of the Coppa Italia semi-final, with the Argentinian marksman notching up a brace at a time of his team’s need. Marred by several injury issues, the Milan squad had already lost its potential strength going into the game.

Further tarnished by Giroud’s miserable form in front of the goal, Stefano Pioli’s men never rose to the grandest occasion. Due to the lack of awareness in the Rossoneri defence and Martinez’s sparkling finishing ability, the first half ended in a 2-0 scoreline.

Despite Milan ramping up their effort to find a way back in the second half, Inter’s stronghold kept it tight at the back. The offside trap came to Inter’s rescue on the night, but Robin Gosens completed the formality with the third goal for Nerazzurri.

Consequently, Scudetto remains Milan’s only hope for glory this season, while Inter maintain the likelihood of a coveted domestic treble. Here are our player ratings from the latest edition of Derby della Madonnina.