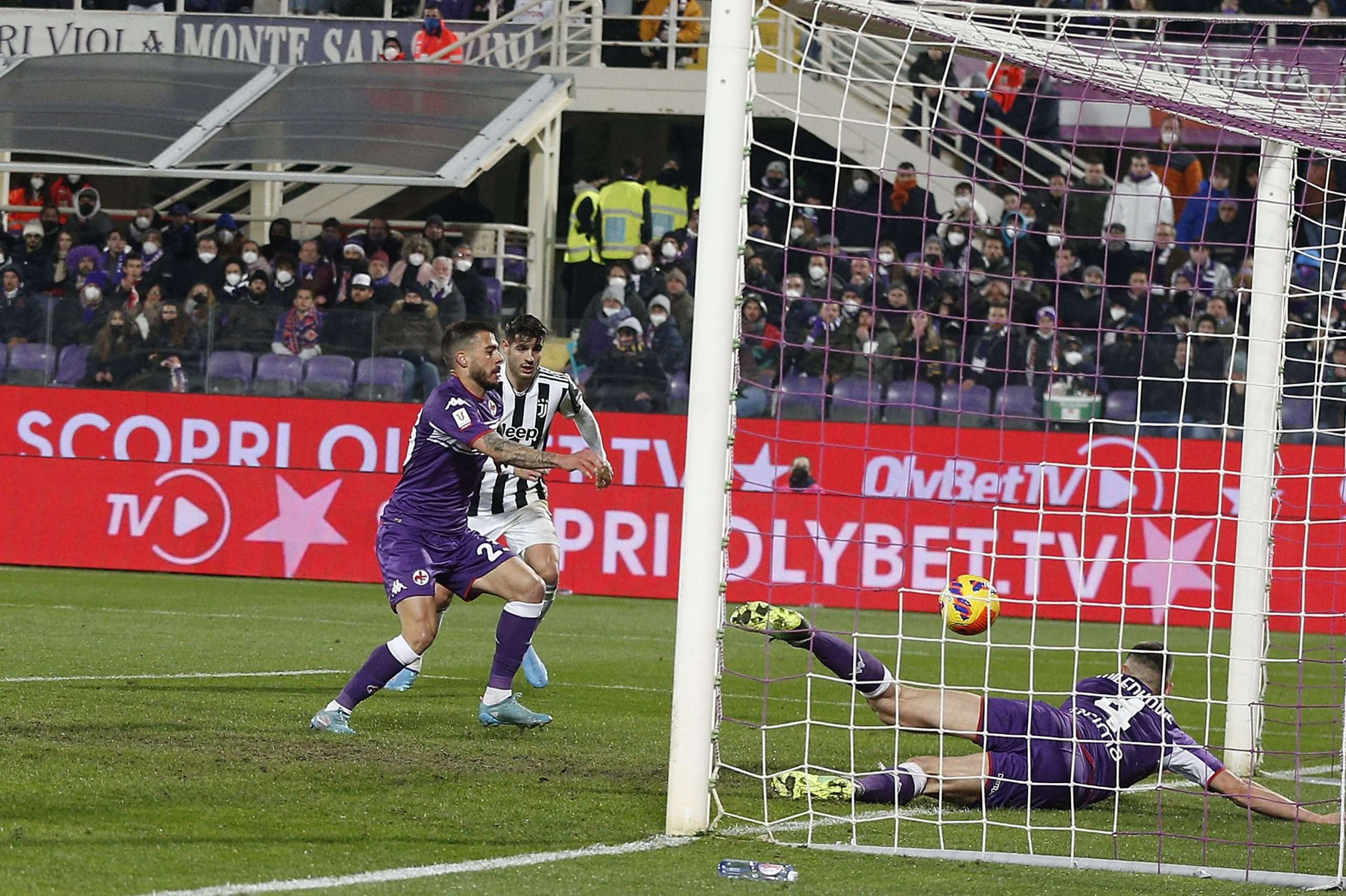 Juventus will host Fiorentina in a battle for the remaining berth in this season’s Coppa Italia final.

Thanks to Lautaro Martinez’s sumptuous display, Inter got through to the ultimate hurdle. Now, the extravaganza awaits its second finalist, who will be facing Simone Inzaghi’s Inter in May.

With an early lead in the tie, Juventus have already placed a foot in the final. But if Fiorentina were to score twice on Wednesday, Bianconeri would then need two goals—as the weight of the away goals could play a significant part in the tie.

In terms of recent form, Juventus dropped two points against a nine-man Bologna team in Serie A last weekend. Going into the game against Fiorentina, the quality of football could be a cause for concern among the Juventus devotees.

On the other hand, Fiorentina continue to improve under the stewardship of Vincenzo Italiano. Under the Italian, La Viola seemingly intend to secure their spot in Europe next season. They have not lost a single game since Juve got the better of Italiano’s men at Florence in the first leg of the Coppa Italia semi-final, constituting a six-game unbeaten run in all competitions for Fiorentina. On Sunday, La Viola beat Napoli to end the latter’s title hopes for the time being.

While Manuel Locatelli and Weston McKennie remain sidelined with their fitness issues, Massimiliano Allegri will be hopeful of getting Arthur Melo, who, of course, is a doubt ahead of the match. If Arthur fails to prove himself fit, Danilo could be seen playing the role of a defensive midfielder once again. Reports from Italy suggest that Allegri could prefer Mattia Perin, who recently renewed his contract with the Old Lady, over Wojciech Szczesny and Federico Bernardeschi over Juan Cuadrado.

As for the visitors, Giacomo Bonaventura has been included in the matchday squad but remains a doubt for the game. It would be interesting to see whether Italiano fields Álvaro Odriozola or keeps his faith in Lorenzo Venuti in the right-back spot. Gaetano Castrovilli’s recent injury means that he will be unavailable on Wednesday.

As far as the Serie A points table is concerned, Juventus have had a better season than Fiorentina. But when it comes to the on-field display, Italiano’s men have played much more pleasing football than Allegri’s pragmatists. Juventus need to score the first goal on Wednesday to have a strong foothold in the tie.

If Fiorentina score first, Juventus could then run the risk of missing out on their only chance of silverware this season.