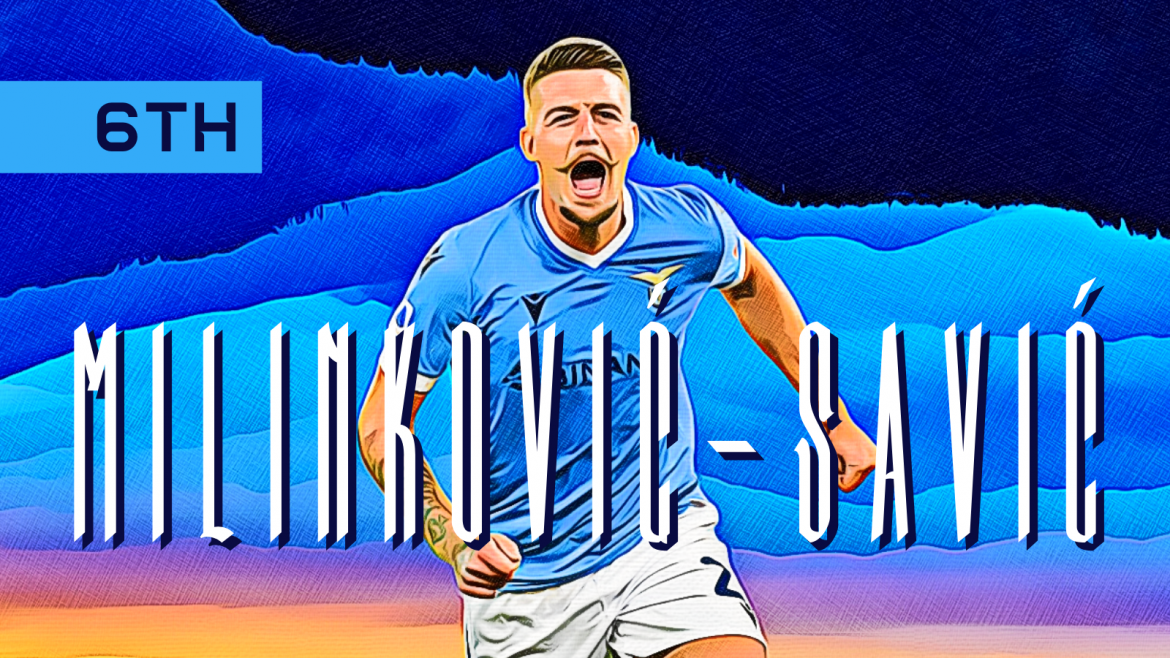 Whenever Sergej Milinkovic-Savic is mentioned or talked about as a player, there is always the lingering discussion with the Serbian that shouldn’t he be playing for someone else. That’s no disrespect at all to Lazio as a well established Italian giant, but merely a compliment to the midfielder’s abilities.

It was interesting to hear Milinkovic-Savic’s interview recently in which he said: “I’ve learned a lot from Pogba when I first arrived in Italy,” and its remarkable to observe that in the last five years, he has become a better version of the Frenchman – more consistent in his game and availability.

Maurizio Sarri recently commented that the midfielder is one of the best players he has worked with. Even though managers do have a habit of bigging up whatever players they like at the club they’re currently at, but you’d be hard pressed to argue with the season Milinkovic-Savic has had. With 22 goal contributions in the league (11 goals, 11 assists), the midfielder was always going to be a player to thrive in Sarri’s chaos.

Chaos, mainly because it has been a transitional season for Lazio. Sarri took over from the departing Simone Inzaghi where Lazio had become so accustomed to life under him for half a decade. The Italian provided stability, three trophies and an exciting brand of football – going so far as pushing for a Scudetto till COVID-19 hit. Adjusting to Sarri-ball has yielded extremely entertaining results for the neutrals with Lazio often involved in high-scoring affairs. But as the tweak in tactics takes place, there was always going to be attackers that pleased the eye.

Milinkovic-Savic has undeniably been the player to watch under Sarri. Of course, Immobile is an ever present for this team, but seeing Milinkovic-Savic increasingly given more of a license and freedom of the ball is a joy to watch. SMS has looked more calm and assured in his abilities and seeing a midfielder with the attributes like himself dropped into Sarri-ball is riveting, like watching an exciting actor enter the realm of a charismatic director. Think Ralph Fiennes hooking up with Wes Anderson.

When you label players ‘complete midfielders’, there is normally something not quite ‘complete’ about their game, when using the word. You can harp on about a certain achilles heel that they may have. Milinkovic-Savic though, is as complete as they come. There have been so many moves this year that he literally starts in defence, before progressing to midfield either with a pinpoint pass or taking on a few players with skill before finishing the move by crossing or getting into the box.

Juventus have made contact with the agent of Sergey Milinkovic-Savic, report @Gazzetta_it. There is already a rough agreement on the wages that the Serbian would earn at Juve.https://t.co/SxOZAx0Whc

SMS and Lazio have come to something of a cross roads in an important summer that will see Lazio get molded in Sarri’s vision, with the midfield general touted as either renewing his contract (end 2023) or leaving, with Lazio wanting to cash in and bring in reinforcements. It would be a crying shame to see such a good servant of the club leave the Stadio Olimpico.

That isn’t just because Milinkovic-Savic has been brilliant under Sarri but he’s been very good at everything a midfielder should be good at for a number of years. There is a reason why people constantly think he should be playing for a different club, and this transfer window we may finally see him leave.

This summer might be the end of the road for the midfielder that does everything Paul Pogba does – but less flashy and more assured, arriving from Genk for a paltry €10m. If this was to be the last season for him at the Binacocelesti, we would rather marvel at his time and appreciate what he’s done in a light blue shirt than be sad to see him go.