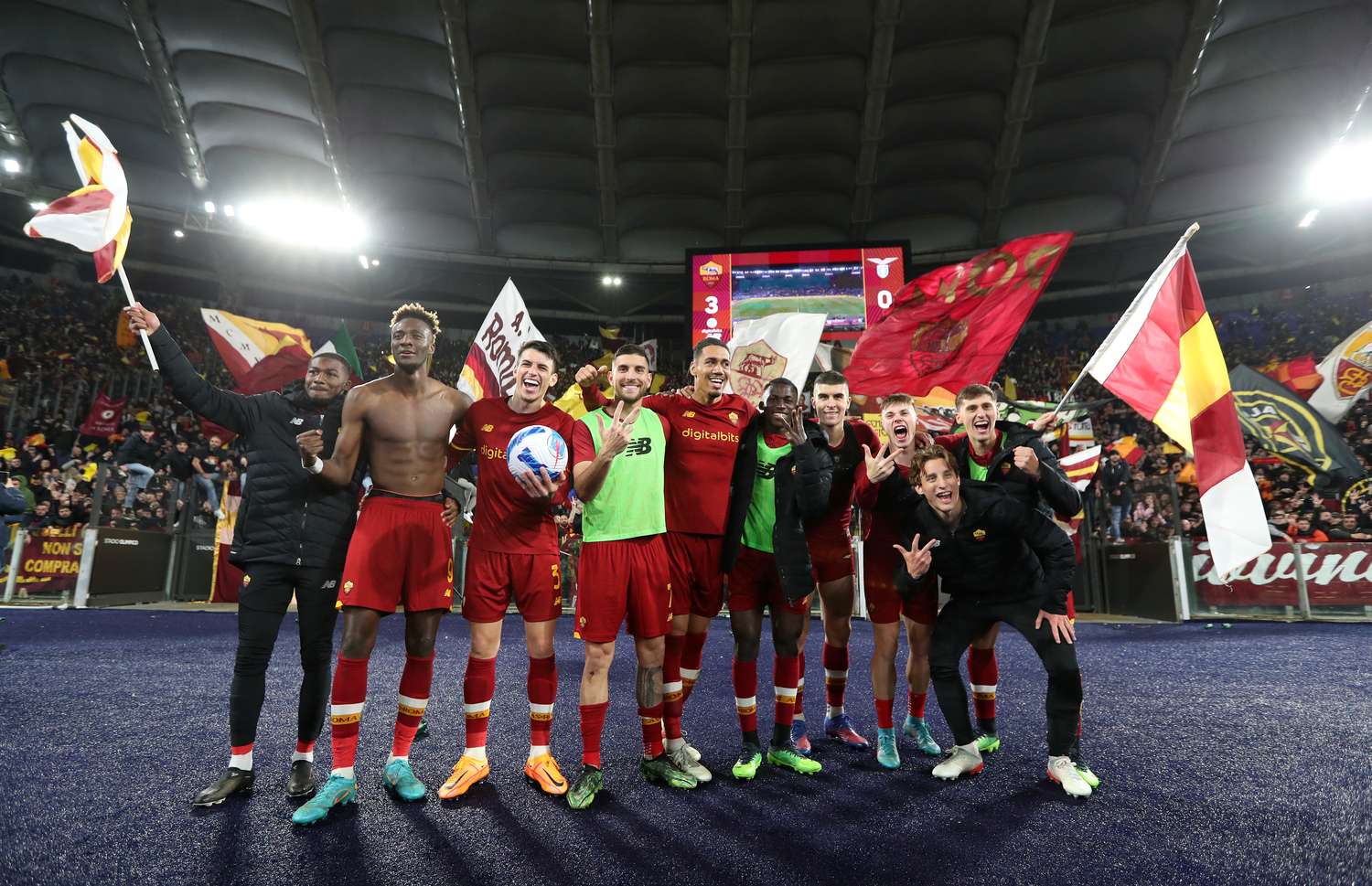 With FIFA 23’s overall ratings now released followed by the game’s launch on the 30th of September, Get Italian Football News look at the ratings for Serie A 2022/23 dark horse, Roma.

Roma‘s 2021/22 season was an encapsulation of bumps, endurance, grit, and glory, with the Giallorossi, led by a persistent Jose Mourinho, savouring their first European silverware in the shape of the UEFA Europa Conference League.

Following a season that should be considered a success, several Roma players have witnessed a notable increase in their FIFA ratings.

While Paulo Dybala, signed on a free transfer in the summer transfer window, remains Roma’s top-rated player in the 29th edition of FIFA, the likes of Chris Smalling, Nicolò Zaniolo, Lorenzo Pellegrini, and Tammy Abraham have seen massive improvements on their last year’s ratings.