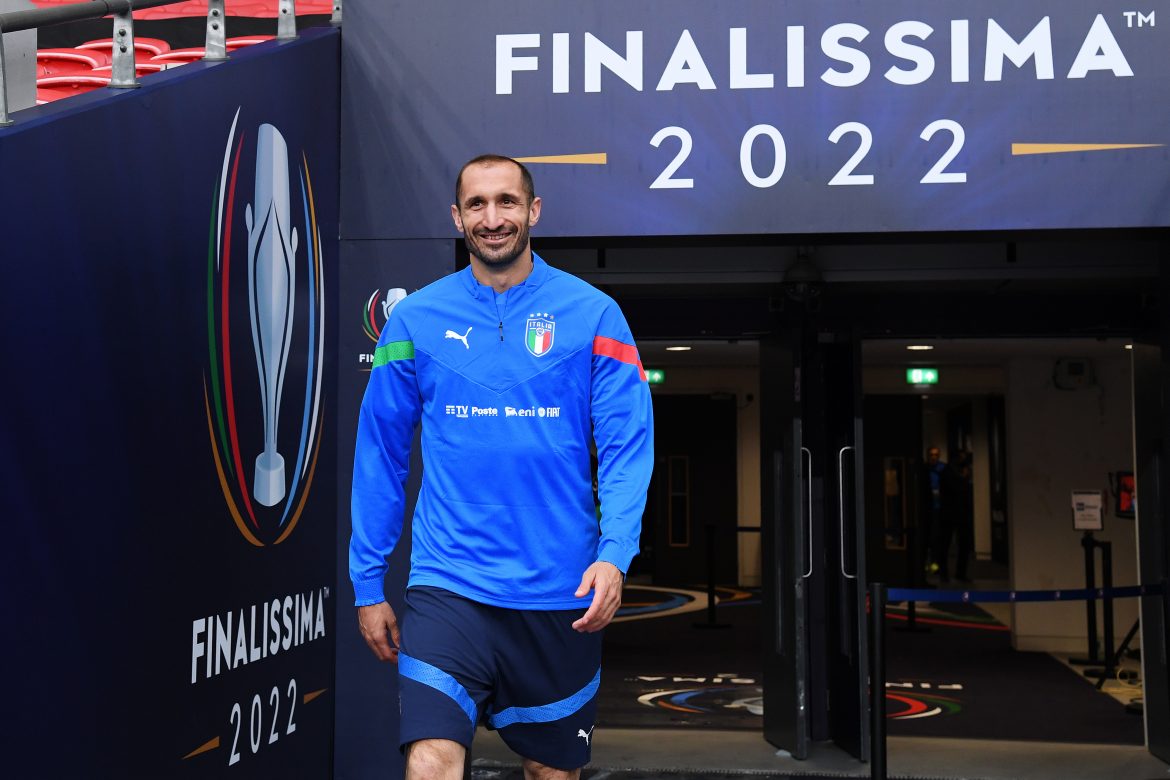 In the third edition of the CONMEBOL–UEFA Cup of Champions, the winners of the 2021 Copa América and the delayed 2020 UEFA Euro will take the field to play the one-off match, labelled as “Finalissima”. While it will be Lionel Scaloni’s men representing South America at one end, Italy will embark on the affair on Wednesday as the champions of Europe.

Although winning the attractive trophy remains an impetus for both sides, there are also some additional contexts. Wednesday’s Finalissima will mark Giorgio Chiellini‘s swansong in Italian colours. He would like to end his international journey with a broad grin on his face and perhaps another title. Collectively, Italy will look to forget the sad memories of the recent past and carve a new chapter.

As for Argentina, the game will prove Lionel Messi and co with a formidable campaign ahead of the 2022 World Cup campaign. As far as their recent form is concerned, the team hailing from South America on a 31-match unbeaten run in all competitions.

Form in the last five games:

As per the reports coming from Italy, Mancini will stick to his 4-3-3 formation that ran havoc during their successful Europan Championship campaign. There are doubts over Lorenzo Insigne’s fitness. Should he fail to make the starting line-up on Wednesday evening, Giacomo Raspadori could occupy the left-wing position.

Scaloni doesn’t have such fitness issues in his squad. Lionel Messi is likely to start the game, with key players such as Lautaro Martinez and Ángel Di María supporting him in the attack.

When Italy played at Wembley last time, they were crowned the champions of Europe. But do they have enough resolution to halt a team enjoying a destructive form of late? Only time will tell.

Ex-Milan boss Rino Gattuso in Singapore for talks with Valencia