Inter unlikely to rule out an exit for Stefan de Vrij 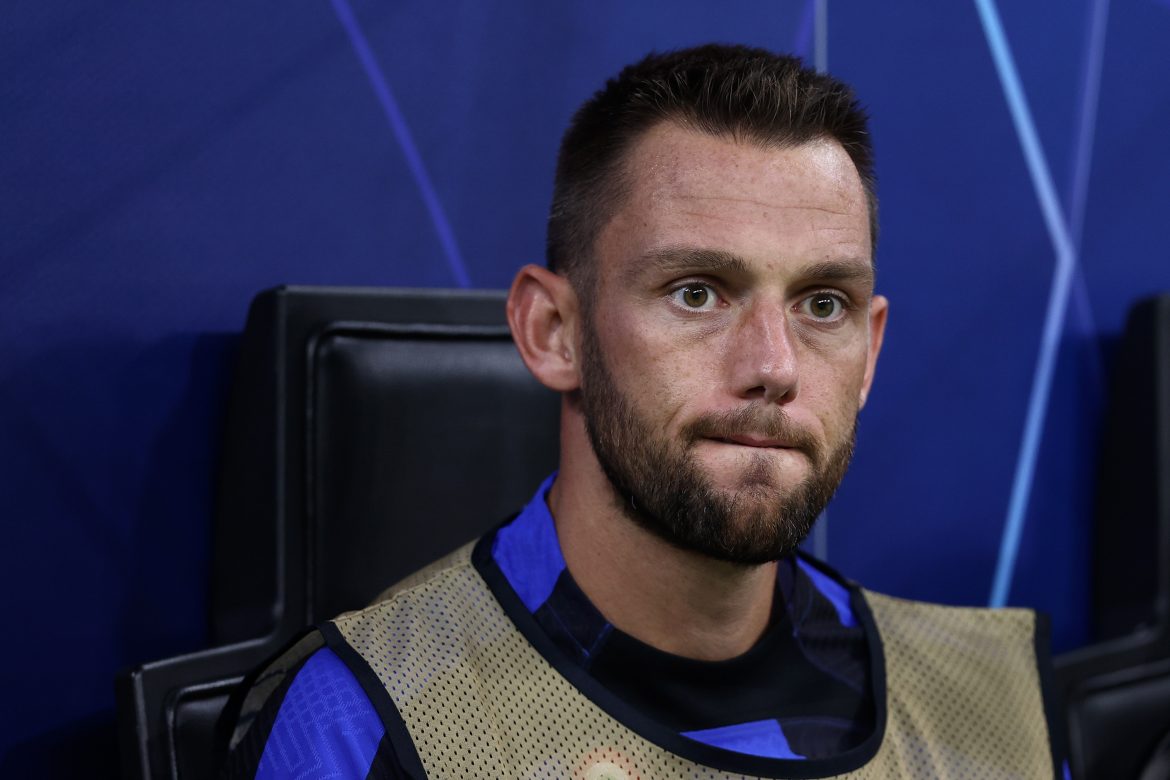 Dutch international Stefan de Vrij appears to be edging toward his last dance at Inter, having already lost his starting place seemingly to the former Lazio defender Francesco Acerbi.

According to a report from La Gazzetta dello Sport, Inter haven’t ruled out an exit for Stefan de Vrij. The report suggests that the club put the defender on sale in the summer transfer window of 2022. But with no offer for the defender arriving, the 30-year-old had to stay put at Inter.

His current contract with the Italian club runs out in June 2023. It means that he will be free to leave the Nerazzurri in the next summer transfer window. But given that Inter would like to amass money from his potential sale, they might consider shifting the centre-back in the upcoming January transfer window.

In the new season, Dutchman has made seven league appearances thus far. Though, the report understands that Inter are willing to change faces in their defence, which has not had a great start to the 2022/23 season. And thus, there doesn’t seem to be any intention to extend his contract on Inter’s part.