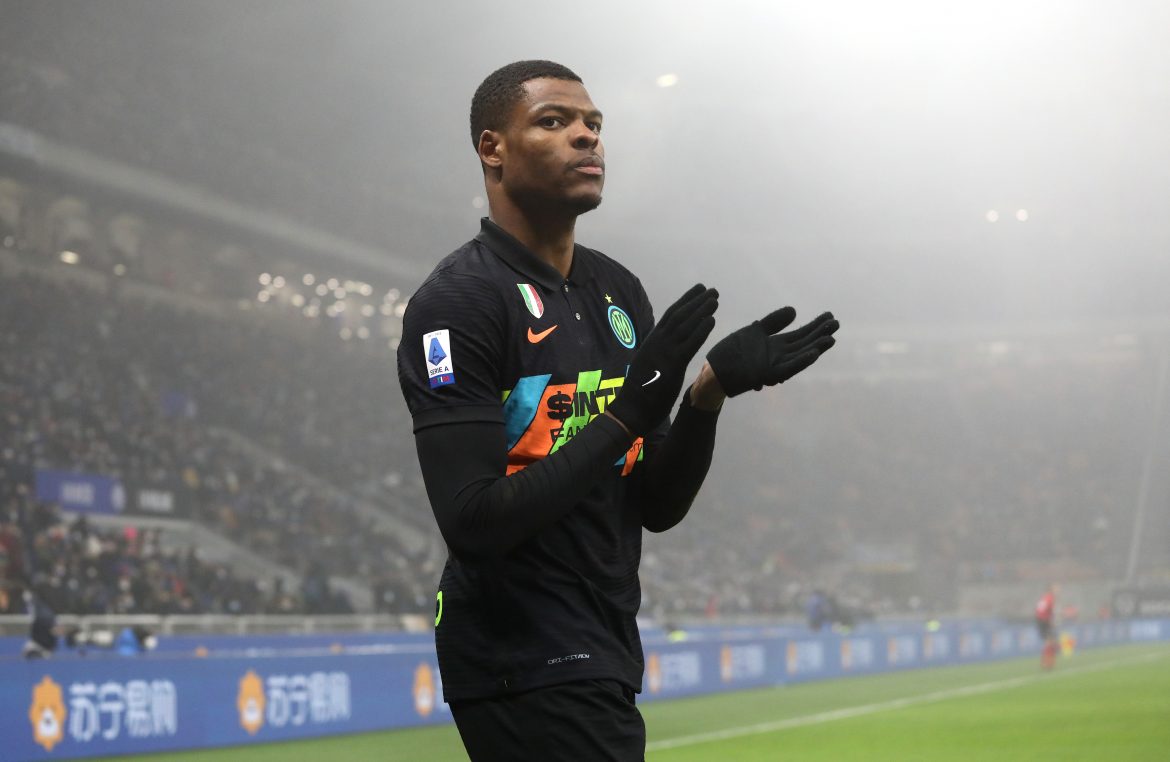 Inter defender Denzel Dumfries picked up an injury during the Nerazzurri’s Serie A clash against Atalanta.

La Dea did lead 1-0 in the first half but Edin Dzeko drew level soon enough. The Bosnian made it 2-1 in the second half before Jose Luis Palomino scored an own goal and a goal for Atalanta to bring them back into the game. But Inter held on and picked up all three points.

While Inter did win the game, the bad news came from Dumfries’ end, who picked up a knee injury and went off the pitch and was replaced by summer signing Raoul Bellanova. More details about Dumfries’ situation are yet to come in, but any injury could now threaten his hopes of playing the Oranje in the World Cup.

Louis van Gaal has selected the wing-back for the tournament, which starts next Sunday but the Dutch play their first game on Monday when they take on Senegal.