Leonardo Bonucci on Cristiano Ronaldo: “I’m sorry to read about his situation” 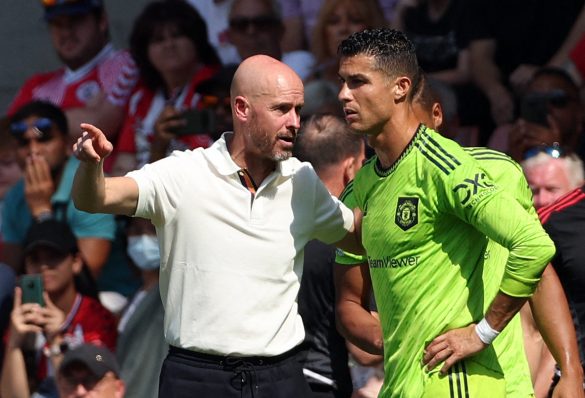 Juventus and Italy defender Leonardo Bonucci has expressed his sadness about the situation of Cristiano Ronaldo recently.

Ronaldo recently gave an interview to Piers Morgan in which he spoke publicly about the flaws at Manchester United, criticising the club and Erik ten Hag. The former Juventus player has received a massive amount of backlash for his comments, with United considering legal action.

But Ronaldo has received support from his former teammate Bonucci, who sympathises with the situation of the United man and believes that he will come out of the other side in a positive way.

Ahead of Italy’s game against Albania tomorrow, Bonucci told reporters (via TMW): “About Cristiano, I say that I am sorry to read about this situation. It’s never easy to be in a system where certain things happen. But I can’t go into the merits, I don’t know what happened. I spent important years with him, he’s a great person and in these situations, something extra always comes out of him.”

Ronaldo hasn’t featured too much for United this season and that is said to be a cause for frustration for him, as Ten Hag has chosen the likes of Anthony Martial and Marcus Rashford above him. But with the Dutchman now unhappy with Ronaldo’s behaviour, it remains to be seen what happens with the striker.

Antonio Conte backs Harry Kane: “England are one of the best teams in the world”

Adrien Rabiot on the FIFA World Cup: “Argentina are among the favourites, watch out for Holland”