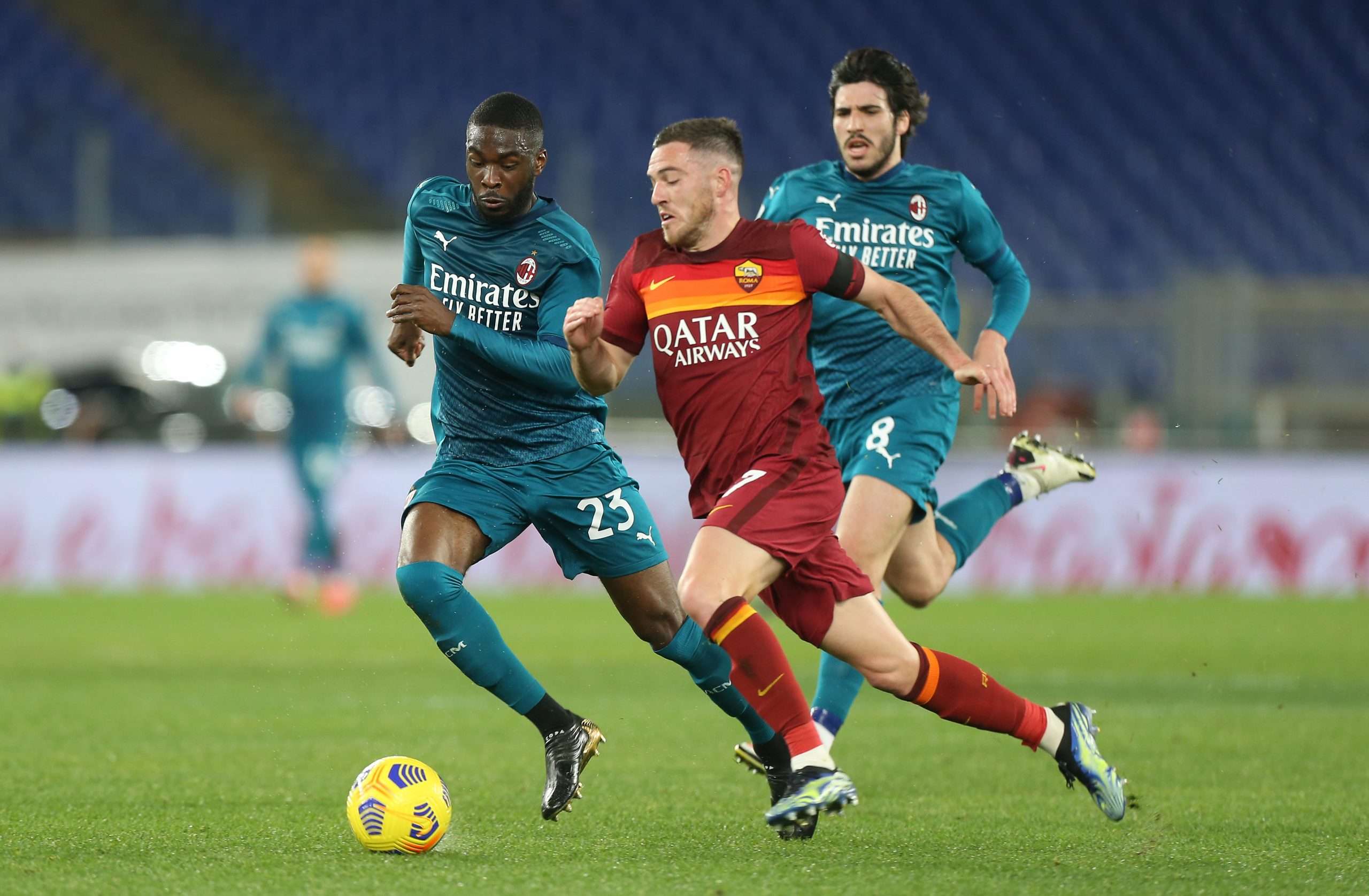 Milan are now interested in signing Roma’s Jordan Veretout as a potential replacement for Franck Kessie.

La Gazzetta dello Sport have reported today that with the free agent exit of Kessie in the summer, Stefano Pioli will want another midfielder apart from Yacine Adli, whose loan stint ends in the summer too. Milan don’t want Pioli to work with just three midfielders and want to give him another option.

Renato Sanches’ name has been on their shortlist but in recent hours, Veretout’s name has also emerged as a target. He is someone that Milan followed for a while before he joined Roma.

Roma want €20 million to let him go but the price could drop since Veretout isn’t a regular for Jose Mourinho’s side anymore. The track is yet to become fully concrete but it could become concrete soon enough. Veretout was linked with Tottenham in the January transfer window.