Napoli director on signing Khvicha Kvaratskhelia: “We were faster than Juventus, Roma and Real Sociedad” 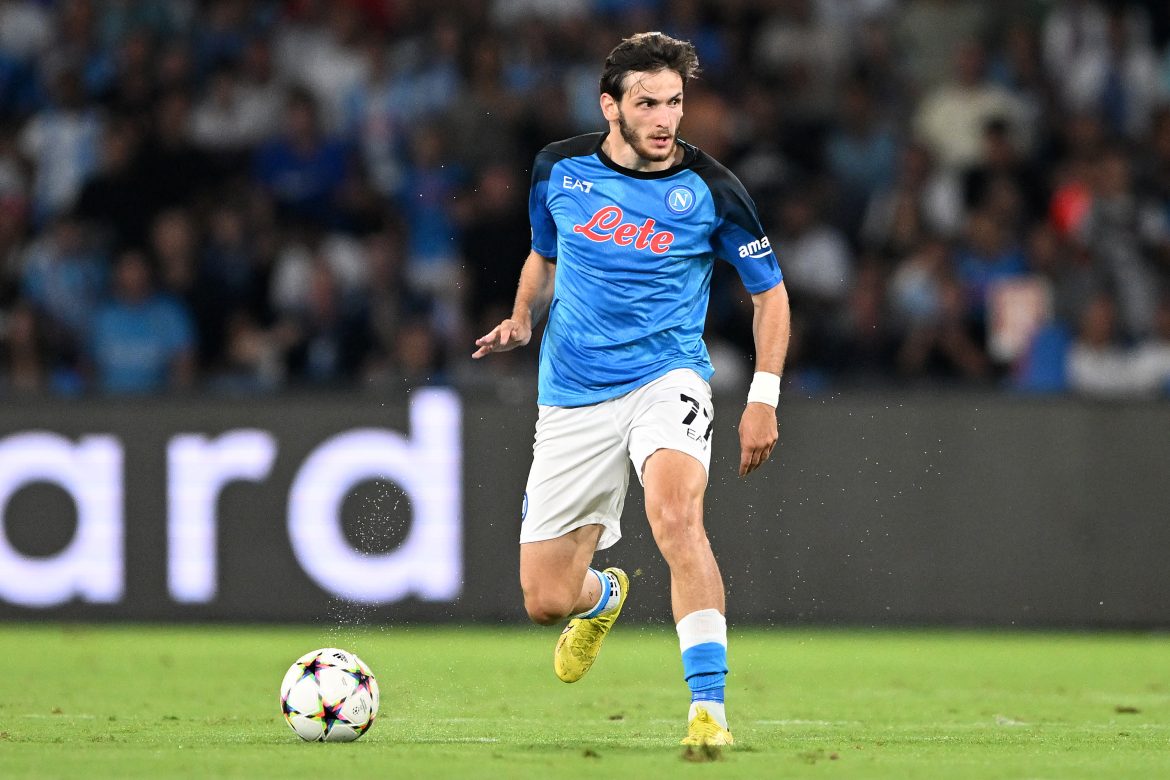 Khvicha Kvaratskhelia became Napoli‘s first signing of the 2022 summer transfer window. Over the last few weeks, he has emerged as a talisman in Luciano Spalletti’s attack.

Speaking in an interview with Corriere dello Sport, Napoli’s sporting director, Cristiano Giuntoli, revealed that Napoli had a faster approach than that of Juventus, Roma, and Real Sociedad while pursuing the services of Kvaratskhelia in the summer. He said:

“When the conflict broke out in Ukraine in February, he returned to Georgia at Dinamo Batumi. We ran there with the contract. We were faster than Juve, Roma and Real Sociedad, and we closed for €10 million.”

Since moving to the Italian club, the forward has made six appearances in all competitions. In terms of productivity, he has already garnered four goals and two assists.

The 21-year-old Georgia international has a contract at Napoli until 2027. But should he continue to flourish in the same trajectory, it would not be long before he attracts the attention of other European heavyweights with his enchanting skillset.