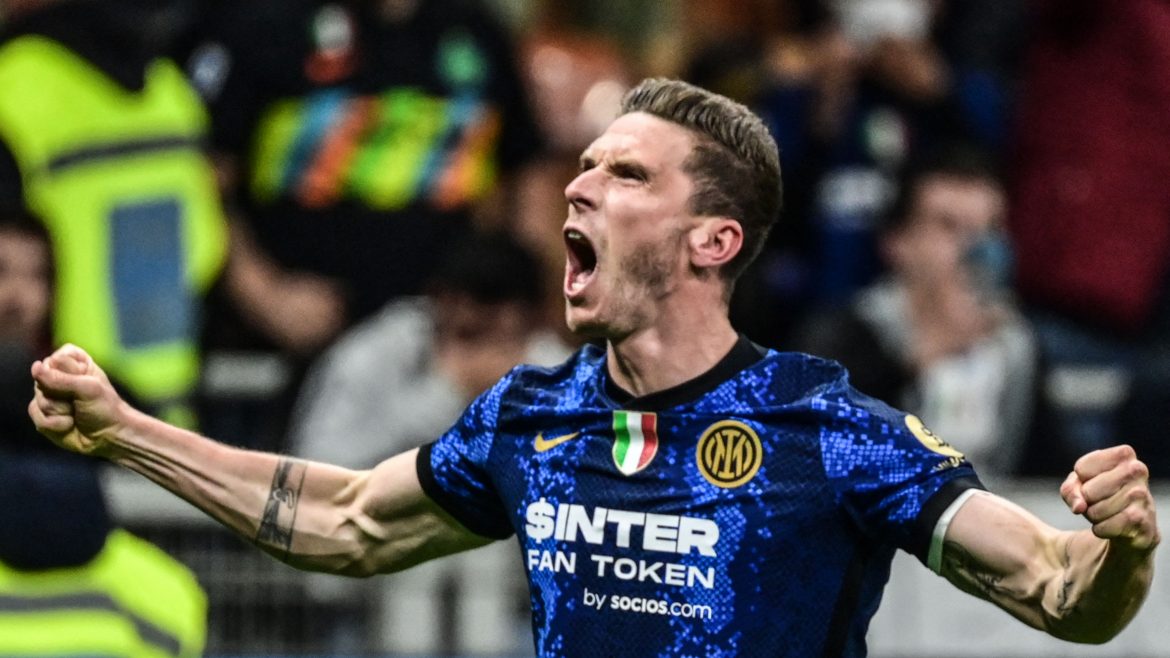 Inter wing-back Robin Gosens had a phone call with Bayer Leverkusen’s sporting director in the last summer transfer window. But with the player feeling the need to prove the doubters wrong at Inter, he rejected a move back to his homeland.

“I play in a top world club and I’m happy at Inter. My goal is to establish myself in this great club. Now I have to play three, four, five consecutive games, I’m working for this.”

Seeing Gosens’ struggle at the Nerazzurri, Bayer Leverkusen made a last-ditch attempt at the eleventh hour of the summer transfer window to snatch the wing-back. But the 28-year-old rejected the move. He was quoted as saying:

“I spoke on the phone with Simon Rolfes (sports director of the German club). And we had a sincere and open exchange. I told him, ‘I have not finished at Inter yet and that I would like to fight.’ I feel very good now at Inter, and I am certainly not here against my will. I am super motivated, even if I am satisfied only when I’m on the pitch: this is a goal I have with myself.”

Signed as a replacement for Ivan Perišić, Gosens has not managed to replicate his finest form at Inter yet, with the German having earned only 302 minutes of playing time in eight appearances across all competitions in the 2022/23 season thus far. As things stand, the likes of Denzel Dumfries, Matteo Darmian, and Federico Dimarco are all preferred ahead of the former Atalanta man by head coach Simone Inzaghi.

PODCAST: The GIFN Show, Episode 74 | What is wrong with Juventus, Serie A review and Italy v England preview