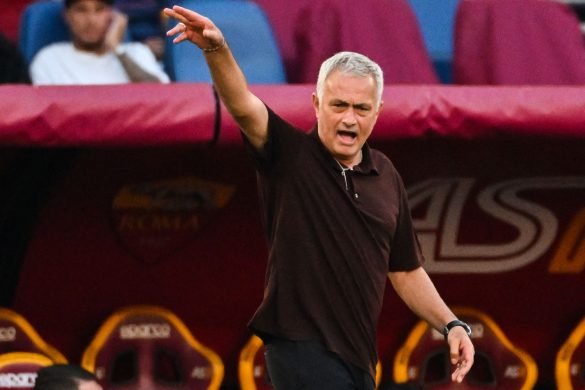 Stormzy’s new video is called ‘Mel Made Me Do It’ and Mourinho makes a hilarious appearance on it, as the song encapsulates the iconic ‘I prefer not to speak’ part, that the Portuguese once used during the end of his second stint at Chelsea. While Mourinho shushes at the camera on the video, the quote is replayed in the audio.

Things you never expected to see before: Jose Mourinho featuring in a Stormzy video (via @GRMDAILY).pic.twitter.com/dbMKEfuUnT

Stormzy also says “I prefer not to speak like I’m Jose” in the lyrics of the song, making it even more hilarious and iconic.

Mourinho has already posted on Instagram about the video, as he poses alongside Stormzy. The caption of the post read: “Was great fun doing this cameo for Stormzy’s new music video out today. I had a great time.”

Stormzy is said to be a Manchester United fan and when the side had signed Romelu Lukaku, the Belgian had featured in a video alongside the star.