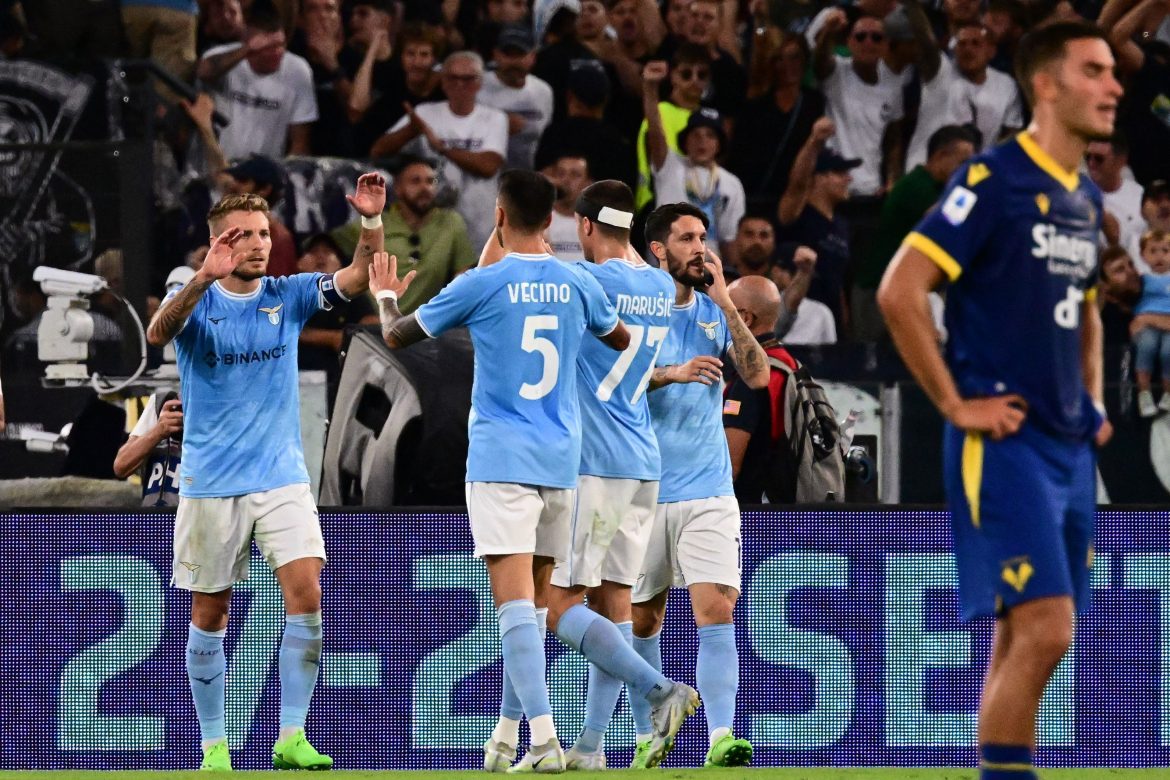 Lazio made a narrow escape against Hellas Verona as the goals from Ciro Immobile and Luis Alberto prompted the most decisive moments of the match.

The first half of the match was somewhat lacklustre, with both teams being wasteful with whatever chances they did manage to accumulate. Verona custodian Lorenzo Montipò saved Toma Bašić’s strike from far before it hit the bar, denying a sure-shot goal for the hosts.

Following the sluggish nature of the game, both teams displayed a disjointed performance. Consequently, the players went into the dressing room with no advantage at the end of the first 45 minutes.

Midway into the second half, Sergej Milinković-Savić, who did not have a great game, put an exquisite cross into the box. The move ended with Ciro Immobile heading the ball into the nets. The deadlock got broken, and Maurizio Sarri’s side took the lead. It was Milinković-Savić’s fourth assist of the Serie A 2022/23 season.

Despite Verona blossoming a few decent counter-attacks, the Biancocelesti held onto the one-goal lead. In the dying minutes of the match, Luis Alberto’s goal put more misery on Gabriele Cioffi’s side. Here are the player ratings from Lazio’s 2-0 victory against an out-of-touch Verona side.