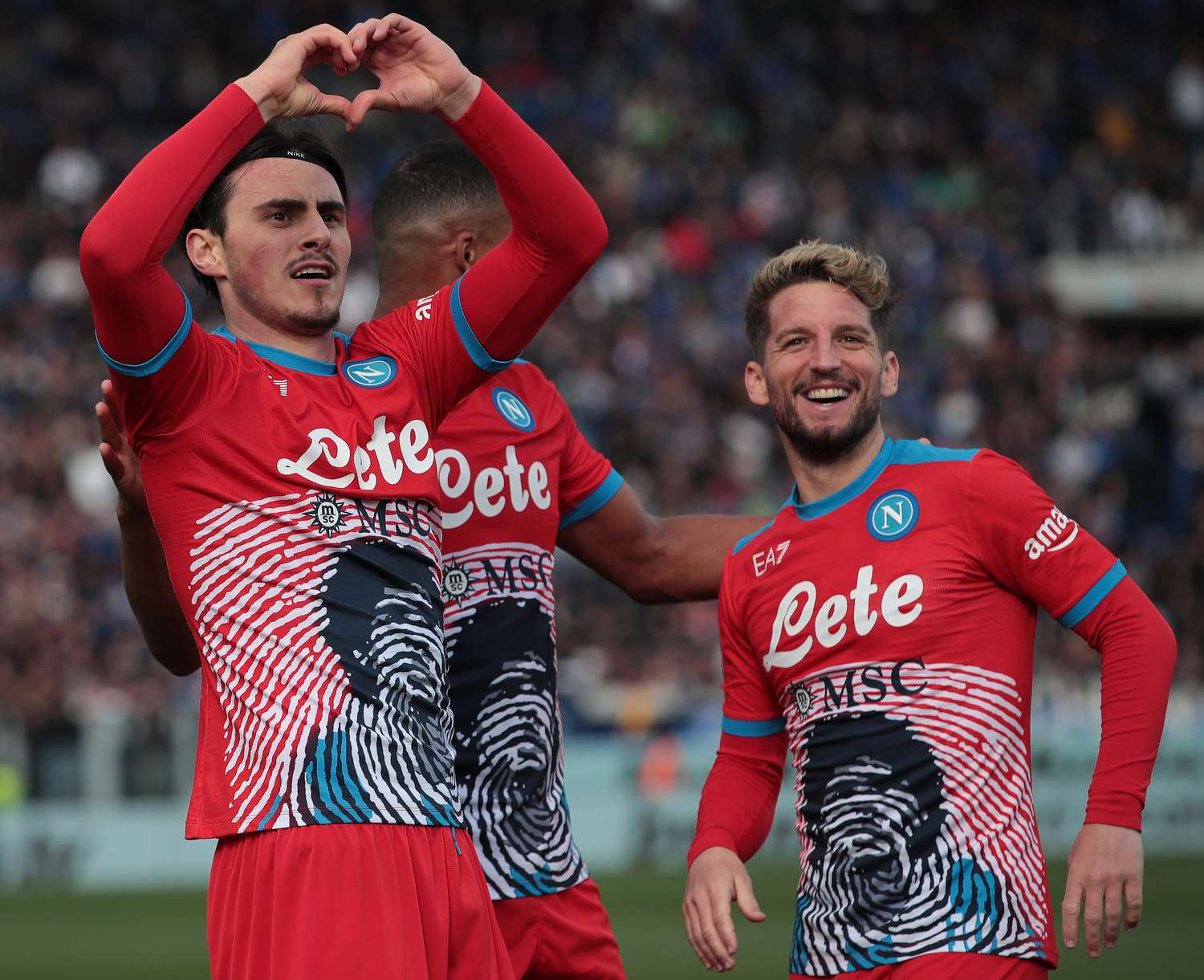 Napoli host Fiorentina on Sunday in what could be a season-defining contest for Luciano Spalletti and his men.

A spirited Bologna display against Milan halted Rossoneri’s attempt to stretch the gap of points at the top of the table. Owing to a goalless stalemate, Milan garnered only one point from the last weekend. On the other hand, Napoli swept Atalanta aside, beating La Dea 3-1 in an entertaining affair at Bergamo. The away victory for the Partenopei has put them back to a one-point difference between them and the Rossoneri.

Inter’s win against Juve has also intensified the onus on the shoulders of the frontrunners, including Napoli. Inter have played one game less than the clubs competing for the Scudetto this season, making the gap of three points look much narrower. Hence, the game against Fiorentina is considered another do-or-die encounter for the team from Naples.

Fiorentina are eyeing to finish the season from that 6th spot. Achieving the respective berth could see them qualify for the second edition of the UEFA Europa Conference League next year. But as it is at the top of the table, there is fierce competition awaiting Fiorentina at that end, with Atalanta and Lazio emerging as the most formidable contenders for the sixth position.

After returning late from the international break, Victor Osimhen sustained a thigh injury earlier in the midweek. But the reports suggest that he should be available for Sunday’s clash against La Viola. However, Napoli will be without their long-term absentees such as Giovanni Di Lorenzo, Adam Ounas, and Andrea Petagna on Sunday. Amir Rrahmani did not train due to mild flu, as confirmed via an official announcement on Saturday. It would be interesting to see whether he makes Spalletti’s squad against La Viola. Napoli’s new midfield maestro Andre-Frank Zambo Anguissa will serve his one-match suspension this weekend.

Going into the game against Napoli, Fiorentina are without players like Alvaro Odriozola and Giacomo Bonaventura. They, unlike Lucas Torreira, will be missing through injuries, while the Uruguayan is suspended for the game.

If Napoli’s recent form is taken into consideration, the home team seems superior to the away side, which is missing some key midfielders at the moment. Osimhen’s return to action would be a massive boost to Napoli’s offensive prowess.