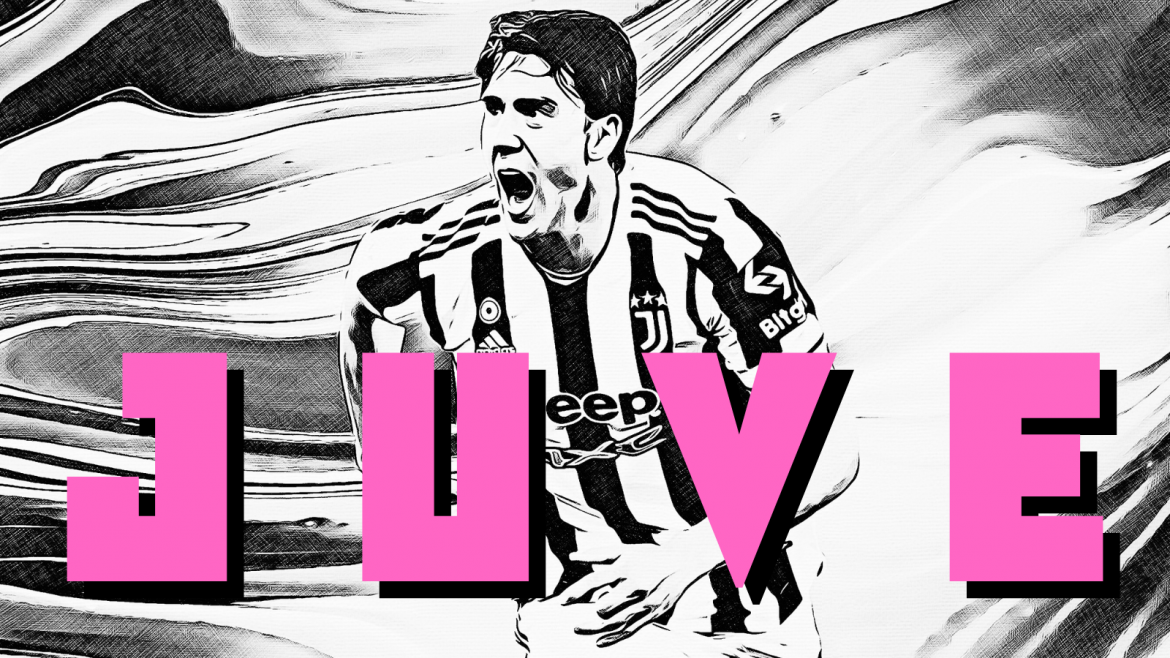 Juventus lock horns with Sassuolo on Monday in what will be the Old Lady’s curtain-raiser for the 2022/23 season in Serie A. Ahead of the season opener, Jyotirmoy Halder takes note of Bianconeri’s strengths and weaknesses.

The prospect of enduring a trophyless season for a club of Juventus‘ stature is unfathomable. While scores of Juventini still aspire to witness Massimiliano Allegri guiding them to the pinnacle of success in Europe as well as in Italy, the reality hit them hard in Allegri’s first season upon the gaffer’s return to the Piedmontese side, which led them to realise that the vulnerabilities are rooted deeper than previously anticipated.

It was with Allegri that Juve once mounted the coveted podium to celebrate five Scudetti. But, this time, the Turin-based club had their maiden trophyless season since the 2010/11 campaign under the same boss, with Milan pipping rivals Inter to win their 19th Serie A title. In terms of winning Scudetto, the Rossoneri stand equal with Inter but are 17 accolades away from catching the Old Lady, let alone overpassing them. So, the idea of the bitter rivals overtaking the omnipotent power of Serie A doesn’t appear to be a concerning factor for the men in black and white for the time being.

But there is no shortage of troubling aspects. One of them is, of course, the club’s miserable form in the European competition. The last time Juve qualified for the final of the UEFA Champions League was in the 2016/17 season, with Real Madrid handing them a 4-1 defeat to register a record-extending UCL triumph. In the following two seasons, they reached the quarter-finals under Allegri. Afterwards, the Bianconeri board lost faith in their main man and subsequently hired Maurizio Sarri, who drove them to the Round of 16 of the 2019/20 Champions League campaign. However, they crashed out of the respective competition following an accidental defeat to Lyon in the first round of the knock-out stage.

Juve fell victim to the same fate in the 2020/21 campaign, with Porto knocking a tactically-naive Andrea Pirlo out of the elite competition. Though, this time, the away goal rule played a part against the record-time Serie A holders. However, the general feeling among the fans was that the tie should not have gone to that crucial stage either. It was another defeat at the face of the Italian club, who now chose to sack Pirlo and replace him with Allegri (once again). Under Sarri and Pirlo, Juventus won three pieces of silverware in total, with Pirlo being the recipient of the Coppa Italia and Supercoppa Italiana medals and Sarri winning the league in his first season as a Juve manager. Allegri’s return to the throne still awaits its first honour.

On the back of a wretched season (where they could only qualify for the Champions League football via a fourth-position finish), the option to strengthen the squad had become an obligation. That said, let’s gauge how the club has dealt with the requirements of reinforcements.

The summer transfer window for Andrea Agnelli’s club began with a massive exodus, with experienced campaigners such as Giorgio Chiellini, Paulo Dybala, Federico Bernardeschi, Aaron Ramsey, and Douglas Costa all leaving the Turin-based side on free transfers. One of Allegri’s favourites, Álvaro Morata returned to Atletico Madrid after completing his extended loan spell with the Bianconeri. And even though the Old Lady remain interested in getting the forward back from the Spanish side, the distance between their offer for a deal and Atleti’s asking price for their valued asset appears to be a stumbling block in a potential transfer.

When it comes to making signings, Juventus have landed a couple of heavyweights, including Ángel Di María and Paul Pogba, with both of them being free coups. Earlier in the summer transfer window, Juventus did not have the funds to bring in a centre-back. But with the sale of De Ligt, the Bianconceri management got the opportunity and the money to pounce on Torino’s Gleison Bremer, who had been previously linked with a move to Inter on numerous occasions. The acquisition of Bremer’s services under the nose of Inter might have felt a bit heartwarming for Juventini.

Above all, Filip Kostić is also ready to don the Bianconeri colours. On top of that, the club is also considering signing a striker and a midfielder, with the names of Barcelona’s Memphis Depay and Paris Saint-Germain’s Leandro Paredes currently topping the Old Lady’s transfer agenda. Elsewhere, they are looking to offload Adrien Rabiot, a Manchester United target amid this transfer market. Should they manage to get rid of the Frenchman, Juventus will be able to chalk off his overwhelming wages from their books, alleviating a massive financial onus that could open the doors for further additions before the end of the ongoing transfer window.

One of the major positives of this off-season remains that Juventus have managed to identify their weaknesses. Last season, they lacked the creativity behind the striker. As a consequence, they have brought Pogba. Following the departure of Paulo Dybala and Dejan Kulusevski, Juve’s attacking department were feeling the need for a left-footed attacker, which is no more the case as Di Maria has arrived to fill that void.

Over the recent years, there have been loads of experiments around the team’s defensive midfield position. From trying to put Danilo as a defensive midfielder to giving the idea of a double pivot a shot and playing Locatelli as an isolated number 6 (which somewhat limits his overall abilities), managers have tried every bit they could possibly do with that defensive midfield area. But they all have seen little improvement. Given the fact that the club is weighing up a summer transfer for Paredes, it shows that the management is working on finding fixes for the shortcomings that, they know, exist in the club’s system.

The way Juventus have dealt with the deadwoods makes them worthy of significant praise. If we go back to the end of the 2021/22 season, the introduction of Fabio Miretti in Juventus’ first-team midfield was a revelation of a better future. In the summer, the signs are more prominent, with the manager trying to shift the likes of Daniele Rugani, Arthur and Adrien Rabiot. Perhaps no one would have thought of Federico Gatti replacing Giorgio Chiellini in Juventus’ defence, but an excellent loan spell at Frosinone has put the former in the running for a starting position in Allegri’s rearguard. A new name in Roberto Mancini’s national team set-up, Gatti should flourish this season.

In addition to that, Filip Kostic’s arrival will open a few different doors for Juve. A versatile left-footer, Kostic could be used as a left-sided midfielder in a 4-4-2 formation, where the Serbian could help in stretching the width for the Bianconeri. And, in those games (where Juventus are expected to keep the majority of the ball possession), he could also play as an out-and-out left-winger with little defensive duties. Nevertheless, in a three-man defence, he could also opt for the left wing-back role. The 29-year-old might not be a starter in every game, but he appears to be a player who will aid the club in multiple instances this season.

Although the Juventus board has ironed out the deficiencies to a considerable extent, there persist major concerns that continue to terrify the dreams and aspirations of Juve fanatics. The current roster of the Bianconeri somewhat lacks depth in quality. Yes, the summer transfer window has helped the team find the right blend of experience and youthfulness. But several departments still lack one or two bodies.

The signing of Bremer, crowned as the best defender of Serie A for the 2021/22 season, remains Juventus’ biggest bit of transfer business in the summer. And it was quite courageous of them to snatch Inter’s target, but don’t they need another body in the defence?

As things stand, Juve will enter a new campaign with four senior centre-backs, which doesn’t appear to be too assuring, given that one of them is Daniele Rugani. The 28-year-old has been linked with a move away from the Old Lady this summer, but fresh reports have indicated that the defender, who has never looked reliable while playing for Juventus in recent years, could end up staying in Turin for another season.

Pogba’s return to Juventus filled every well-wisher of the club with a special kind of nostalgic euphoria. But, the circumstances soon brought them back to the realisation that footballers do sustain long-term injuries. As such, Pogba’s knee injury, which he picked up while taking part in a training session in Los Angeles, could even lead him to miss out on the upcoming FIFA World Cup. Prefering conversative therapy over surgery means that the worst can’t transpire now. But Juventus would hope that his rehabilitation would not take that long and not opting surgery doesn’t have any long-term impact.

Otherwise, with Arthur and Rabiot potentially leaving, Denis Zakaria, 25, will be left as the most senior member available in Juve’s midfield. Furthermore, the onus of creating chances from the midfield will be upon the shoulders of Locatelli and other young midfielders. In that case, the much-awaited injection of Paredes could prove to be a panacea. But even then, Paredes, despite providing the assist for Lionel Messi’s overhead kick, is not a renowned creator that will immediately light up Juve’s creative department.

There are also several questions hovering over Allegri’s playing style. Some have even labelled it as “outdated”. Finishing fourth last season in Serie A, Allegri’s men scored only 57 goals (which is the least number of goals scored by any of the top nine Serie A clubs) and conceded 37 (which represents the worst defence out of the top four Italian teams) last season. Even in the 2022 pre-season, Juventus amassed four goals and conceded eight goals, including two against Barcelona, two against Real Madrid and four and Atletico Madrid. Other than the 2-0 victory against Guadalajara, Juve could not manage to register a win in their whole pre-season tour. When there are serious doubts over Allegri being the right manager to put them back on the winning trajectory, what should be the minimal expectations from this club for their 2022/23 campaign?

Morgan Housel’s book, “The Psychology of Money”, discusses the manner of observers, citing an incident where people, while looking at an expensive car, never get fascinated by the car’s driver; they find pleasure in gazing at the beauty of the car in a way as if the driver doesn’t exist. In the same manner, Juventus and their ambitious supporters would not be bothered with Allegri’s style of playing football until the results come in Bianconeri’s favour. Driven by sheer pragmatism, Allegri has picked up the pieces and assembled a high-octane car. And now, it is time to amaze people, Juventus fans would like to think. But what are the rational expectations from their season?

Football is a game that backstabs all rationality, but even then, there needs to be a ceiling for measurement. From a neutral perspective, winning a piece of silverware should top Allegri’s wishlist this season. It should also be Juventus’ minimum requirement to keep him as the manager of the club for the next season.

In the Champions League, this team should at least break the curse of the round of 16 and qualify for the quarter-finals. With Milan, Inter, and Roma gradually improving, Juve might have to be satisfied with a top-four finish. Therefore, eyeing for a Scudetto with this squad appears to be a bit far-fetched right now. But, as they say, it could also be an illusion, just as the driver of an expensive car believes that everyone is admiring him and not the car.