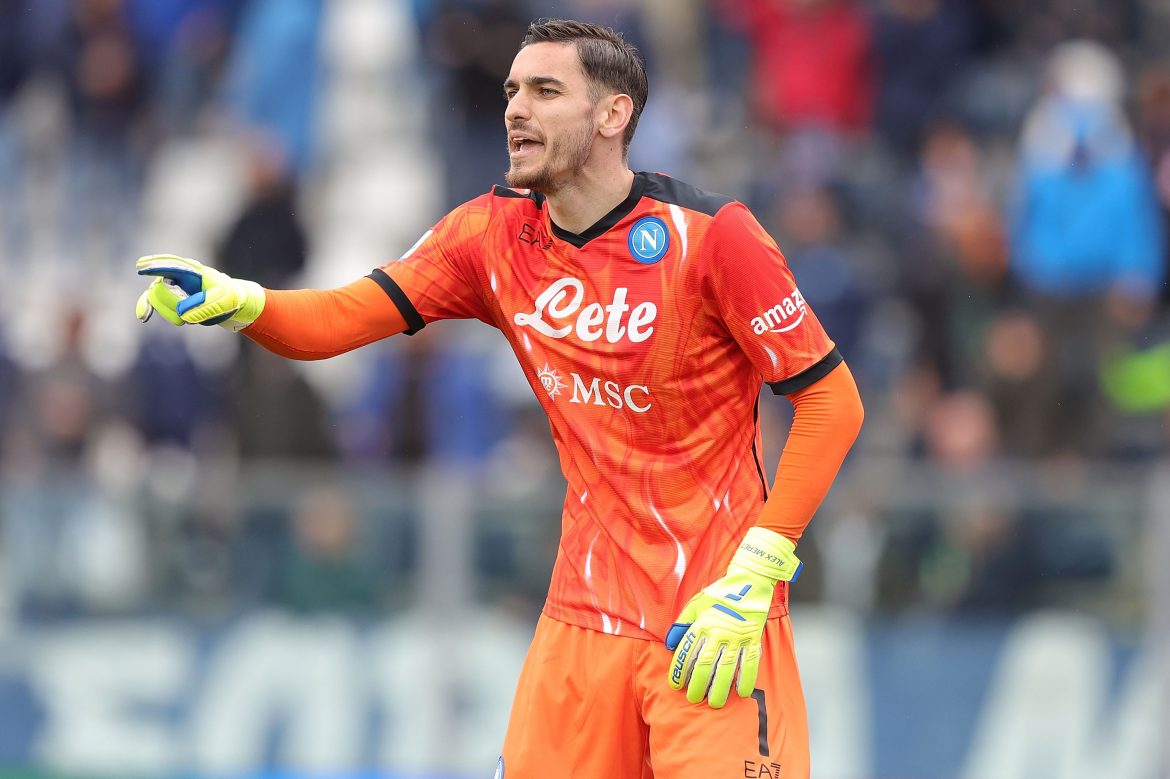 Spezia and Napoli have reached an agreement for the loan of goalkeeper Alex Meret.

According to a report from Gianluca di Marzio, a verbal agreement has been reached between the two clubs involved but as Alex Meret is coming to an end of his current contract with Napoli, he will have to renew in order to be sent out on loan elsewhere — the renewal formalities are going in order and he is set to sign until 2027 as per an earlier report.

Spezia turned their attention towards Meret after failing to secure Bartłomiej Dragowski from Fiorentina as an asking price of €4 million with a 50 per cent sell-on clause was pricey for the Aquilotti.

The lack of minutes with Napoli and the potential arrival of Kepa Arrizabalaga on loan from Chelsea has made Alex Meret unsettled about his role with the Partenopei.

This loan deal will also facilitate Spezia’s ‘want-away’ goalkeeper Ivan Provedel’s move to Lazio as he continues to voice his discontent for Spezia.

Tottenham expected to meet Roma for Nicolo Zaniolo next week