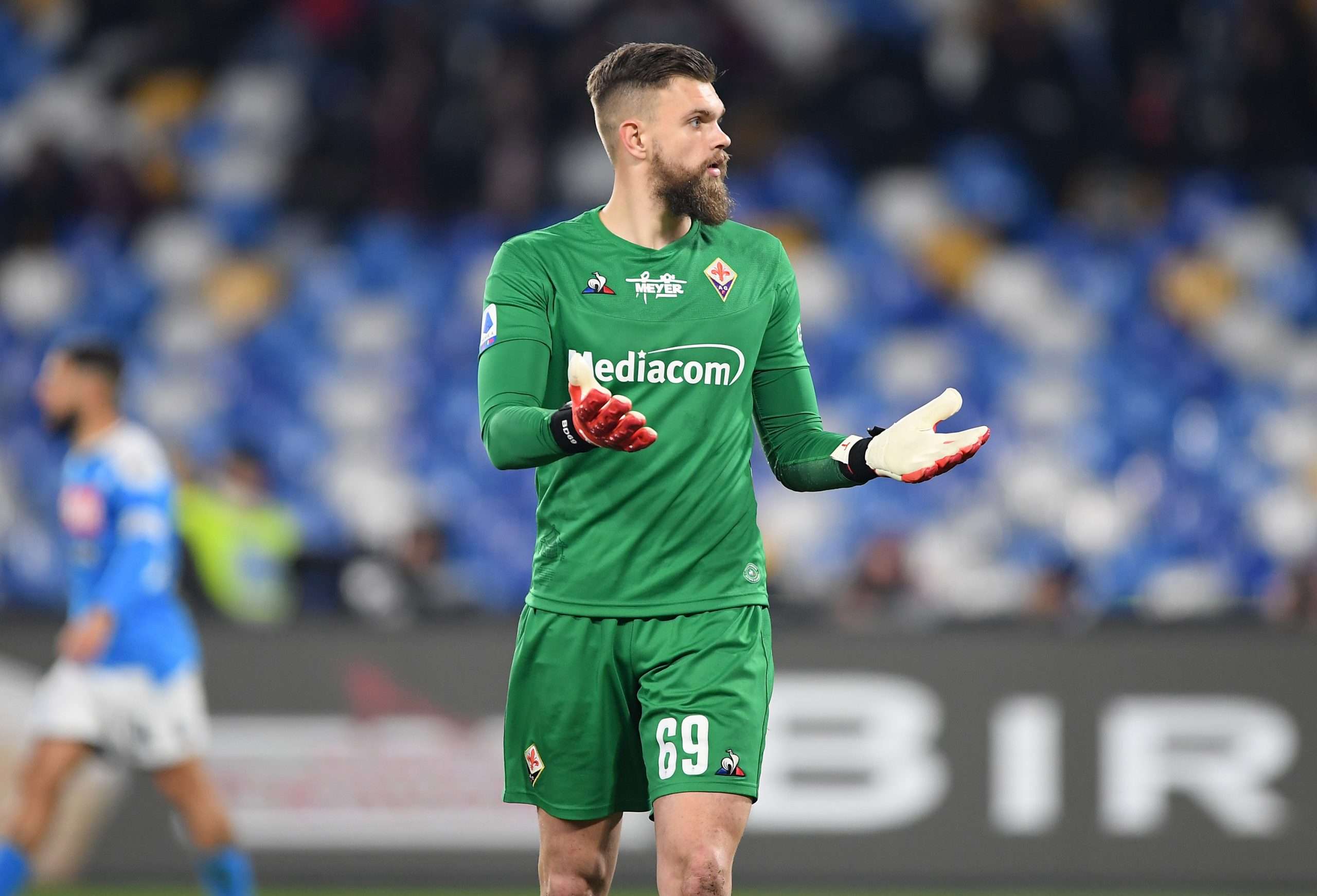 Fiorentina’s Bartlomiej Dragowski is a keeper in demand amid the summer transfer window, with a plethora of clubs from across Europe taking note of the Pole.

As reported by Sky Italia, Torino have joined Espanyol and Reims in the race for Bartlomiej Dragowski. The report claims that those three clubs from Italy, Spain and France are willing to land the custodian this summer.

Espanyol have already agreed to a personal contract with the Polish goalkeeper, who is bound to La Viola’s contract until June 2023.

It is understood that Vanja Milinković-Savić will leave Torino this summer. And thus, Toro have identified Dragowski as a potential deputy for Mergim Berisha.

The Piedmontese side was close to completing a free transfer for Gabriel, who played a significant role in leading Lecce to the Serie A promotion last season.

But, at the final moment, they opted against concluding the deal and have subsequently preferred to go after Dragowski, who is now considered a much superior target for Ivan Juric‘s side.

Torino are now trying to beat the external completion to secure the signing of the goalkeeper, who has done considerably well in the Italian league over the last few years.