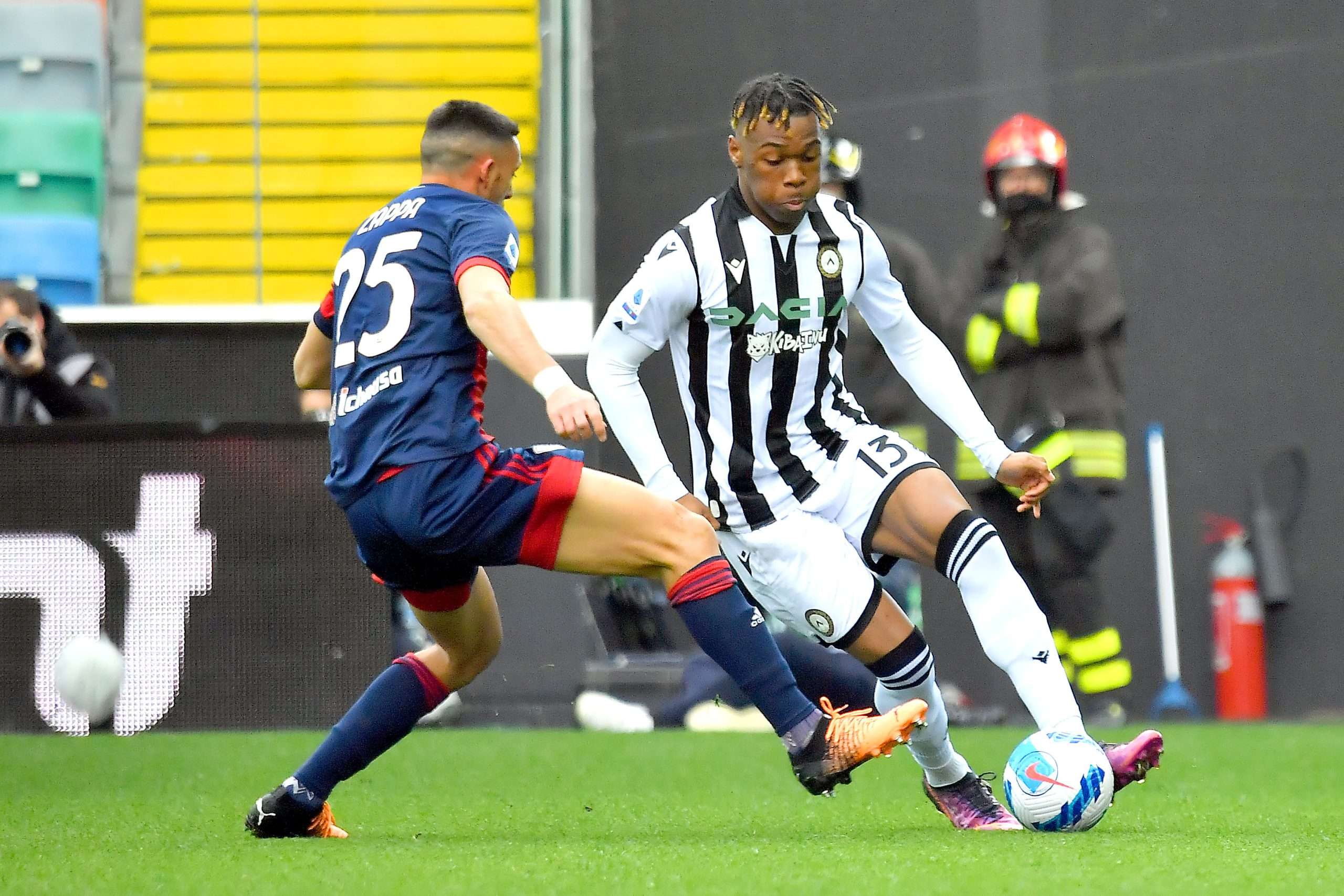 Udinese wing-back Destiny Udogie says that he was a massive Milan fan during his childhood days.

In an interview with The Italian Football Podcast, Udogie came forward to disclose that he was a huge fan of Ronaldinho and that he would enjoy watching the Brazilian running riot in the AC Milan shirt. He said:

“I grew up watching Milan. I was a very big fan. Ronaldinho was my favourite player. I started watching them for him, for his skills, the way he played, so easy. I loved watching him. It made me enjoy the game.

From 27 matches in Serie A this season, Udogie has racked up two league goals, including one against Milan. When asked whether it was a “handball goal”, the Verona-born starlet replied,

“It was a great feeling scoring against Milan this year, at a big stadium, with such a big history in San Siro. It felt great.

“Handball goal? No, no it wasn’t a handball”.

Serie A clubs such as Napoli, Juventus, and Atalanta are thought to be keeping a close eye on Udogie’s progress at Udine.

Udinese youngster opens up on transfer interest from Juventus, Atalanta, and Napoli