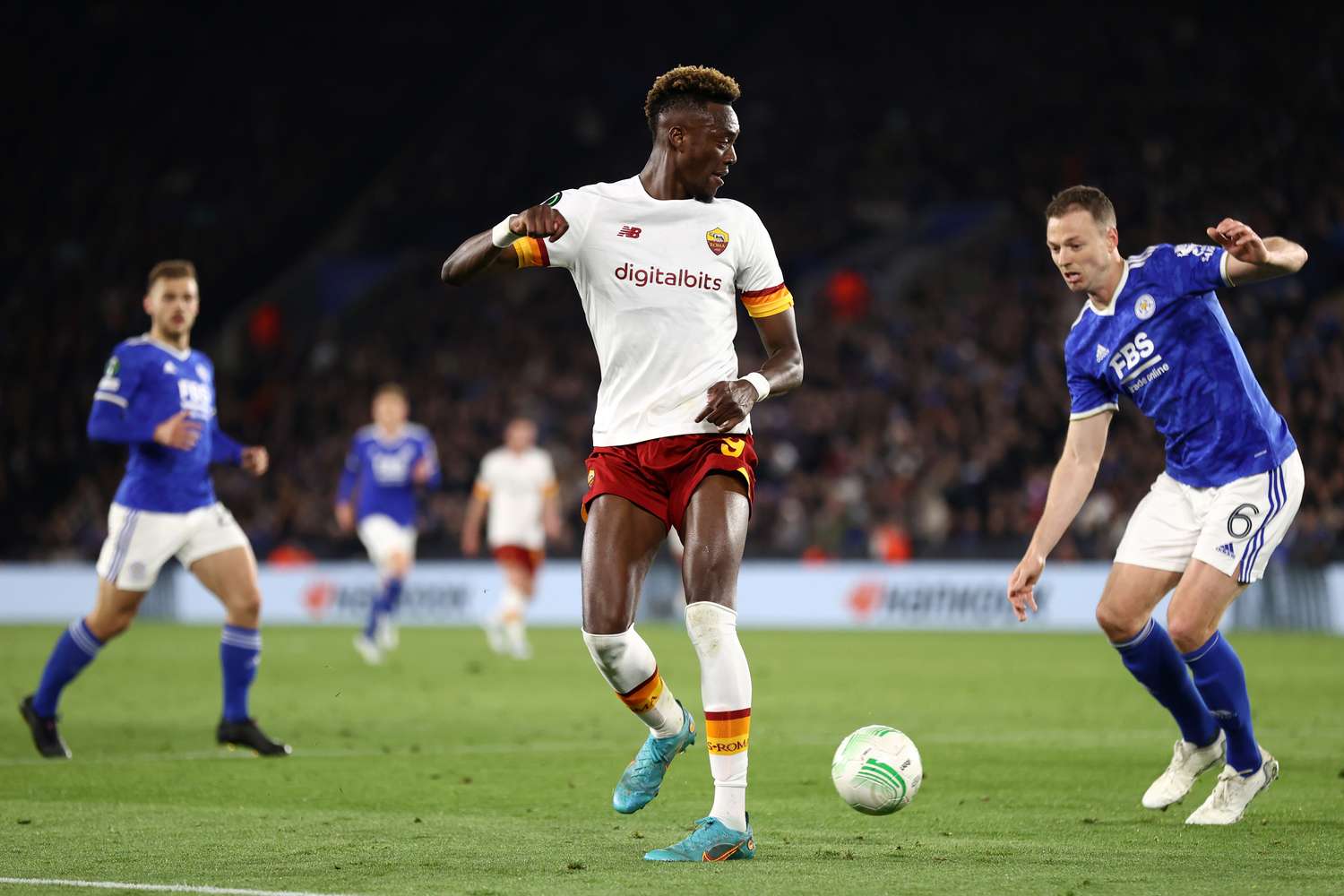 Rome clinched a respectable scoreline on their first-ever visit to Leicester, holding on to a 1-1 draw in the first leg of a UEFA Europa Conference League semi-final tie.

Having put four past Bodo/Glimt in the second leg of the quarter-final, Roma made themselves eligible for the matchup against the Premier League side. Despite losing to Inter 3-1 in Serie A over the weekend, Roma opened the proceedings on the European stage with a notable resolution.

Lorenzo Pellegrini’s wily shot went straight through Kasper Schmeichel’s legs, handing the Italian side a much-needed lead early into the game. Some brilliant instances of defending from the Roma defence saw Leicester getting denied in the first half.

However, the introduction of Harvey Barnes somewhat turned on the heat and provided Leicester with the willing runners down the flank that they had been missing until then. The 24-year-old Englishman’s cross found a darting run of Ademola Lookman, who was keenly marked by Gianluca Mancini.

Although it initially looked as if Lookman had scored the equaliser for Leicester, the video replays of the goal later confirmed that the Italian had put the ball into his own net. However, it was an unfortunate occurrence for the Roman steward, who should not be made accountable for Giallorossi’s only concession on the night.

With Rome securing a draw in the away fixture, it does not need any exaggeration that they would be favourites going into the second leg of the semi-final. Now, let’s take a look at the player ratings from the match.