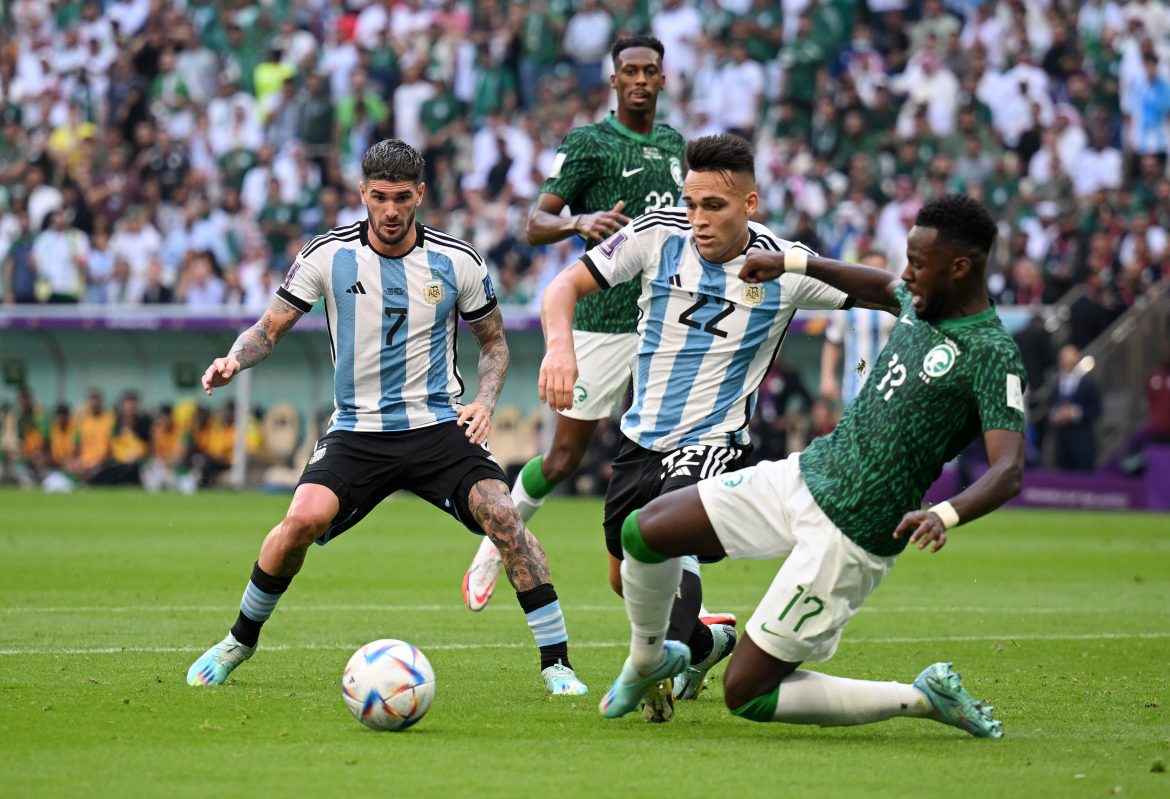 Lionel Messi, 6 – Played in second gear but spent the first half effortlessly drifting around midfield to drop his should and pick passes, especially for Martínez who was able to waltz between the Saudi centre-backs at times. The second half, however, saw him crowded out and isolated by an aggressive Saudi side, while a complacent Argentina offered little service and support.

Cristian Romero, 3 – Withdrawn before the hour having looked slow and unfit throughout the game to that point. His painfully slow reaction to a simple straight ball was partly to blame for the equaliser while he was party to some lazy defending across the Argentina backline for both goals.

Hassan Altambakti, 8 – Fortunate not to be party to a first-half mauling after three Argentina goals were ruled out for offside, two of which were marginal decisions. Both he and his centre-back partner, Ali Albulayhi, couldn’t handle Martínez’s movement and were often statuesque. However, he was outstanding after the break with some brilliant last-ditch defending, especially from crosses, and was helped by more protection from midfield.

Salem Aldawsari, 7 – A stunning finish from Al-Dawsari won the game, shimmying away from three Argentina defenders in the corner for the box before bending a whipped effort into the top corner, an example of fleeting Saudi first-half intensity being amped up after the break as Argentina’s defence reacted painfully slowly to the surprise onslaught.