Hype, Hope and Revival: Bryan Cristante’s Long Road Back to Serie A 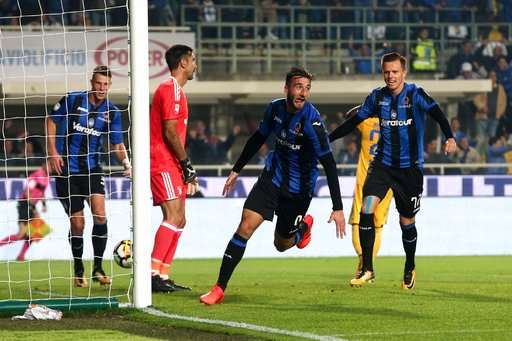 Football’s unpredictability with regards to player development and career trajectory often leaves us reflecting on the elite prospects of the past. We find ourselves questioning what went wrong, and why didn’t said player pan out and live up to the massive hype bestowed upon him as a youngster. Unfortunately, that line of questioning is applied more often now than ever before with a heightened emphasis on judging talent based increasingly on highlighting only physical and technical qualities, while ignoring arguably the more important aspect of the game: the mental capacity to withstand struggles and take failures as a lesson to improve oneself. Three-second gifs, two-minute player compilations accentuating all the good in a player, but not calling out the bad. These factors have contributed to many wrongly rating talent that, often times, fizzles out and wither away into football obscurity like so many before them. However, not all of this may be applied to the flop wonder-kids of previous generations, as what seemed a perfect marriage between player and club sometimes isn’t so.

Opportunity must present itself for the club and manager to grant the individual his chance to show he either belongs at the top level or doesn’t. Then, there are those instances where, for one reason or another, the player is not valued in the same light as others or given the platform to prove himself, and wishes to do just that elsewhere.

Born in San Vito al Tagliamento, Bryan Cristante set out to realise the dream of calcio glory a short trek north from home in San Giovanni di Casarsa, where his feet first became acquainted with a football pitch. Years would pass, word spread of his talents at amateur Treviso side Liventina Gorghense, and with no delay, was snapped up by former Milan technical youth director Mauro Bianchessi. Ushered into the system at Vismara in 2009, the adolescent ‘centrocampista’ would stand out early on from his contemporaries in the system, scoring 8 goals for the U-15 en-route to a 2010 Campionato Giovanissimi Nazionali before padding his CV with another trophy the following year as Campionato Allievi Nazionali winners.

Instantly, the teenager became the talk of Milano, gaining the curiosity of many supporters who sensed they had a future star on their hands — one who could perhaps be a staple in the starting XI for years to come.

Tempted to unleash his prized asset on the European stage, a 6 December 2011 Group Stage match in the UEFA Champions League with Viktoria Plzen saw manager Massimiliano Allegri hand Cristante his professional debut, replacing Robinho from the bench in an eventual 2–2 affair. At 16 years and 278 days old, Cristante became the youngest ever red and black player to feature in the tournament, and third youngest overall in competition history.

That 2011–12 season, Allegri summoned the Primavera ace regularly in both Serie A and Coppa Italia fixtures, however, it was during the ensuing campaign where Cristante’s emergence and frequent call-ups (notably for Milan’s 2–0 first leg defeat of Barcelona in 20 February 2013) would slowly see him creep into the first-team conversation.

Featuring in 31 matches across all competitions in the youth circuit — including the Torneo di Viareggio where his demonstrations through to the 3–0 final defeat to Anderlecht galvanized the fanbase — the 18-year old was selected as the competition’s top player.

Clear for all of Italy to see were the raw, yet undeniable, talents blooming from the teenager. Except, as the familiar story goes, Cristante, like many before and after, eventually became a victim of the very environment that birthed him.

After inking his first professional contract on 4 March 2013, many were under the impression Cristante was in line to become a pillar in a midfield setup devoid of quality. Allegri made the Italo-Canadese midfielder a first-team player for the 2013–14 campaign, and finally, awarded Cristante his Serie A debut on 10 November 2013 when he replaced Kaká in the final minutes of a match versus Chievo Verona.

Months later, Cristante notched the first of what promised to be many starts in rossonero against Atalanta immediately out of the winter break. At the 67th minute mark, with the tie seemingly wrapped at the Giuseppe Meazza for the hosts, Kaka’s square ball at the top of the box was calmly caressed by Cristante’s left foot before he struck far post with his right past a diving Andrea Consigli to cap off a dream full-debut. Following the memorable affair, the baby-face Cristante fed off residual confidence, tallying his first assist in a Milan shirt to Mario Balotelli, but was upstaged shortly after by a Domenico Berardi four-goal performance that ultimately drew curtains on Allegri’s managerial career at the club, and in the end, Cristante as well.

For years, former CEO Adriano Galliani and President Silvio Berlusconi talked up a project centered around homegrown talent at the club. Investing time and trust in the youth was to be the way forward for a Rossoneri side strapped for cash and looking for alternate routes back to the summit of Europe. Instead, as a result of incompetent management, instability at the post prevented any true identity to be forged, creating a toxic environment almost impossible to nurture top talents like Cristante and Riccardo Saponara who were destined for great things in the red and black shirt. Together, the two were ready to conceivably shoulder increased responsibility in dire times, yet aging veterans like Michael Essien and Sulley Muntari with nothing left to offer were favoured, while also scraping the bottom of the barrel for talent that only impeded on the invaluable minutes of the youth.

Despite showing obvious maturation and technical promise in a humiliating eighth-place finish, Milan allowed Cristante to walk to Portugal at the end of the 2014 summer window, joining Benfica for a meager 6 million euros. Perplexed were Rossoneri supporters everywhere, as it should’ve been a rather simple decision to make: bench the deadweight, and play the kid.

Curiosity loomed large shortly after with questions being raised over his departure. How could a club — inept of talented, controllable midfielders — allow one with a high-grade of potential leave with only three appearances to his name, before his former youth coach Pippo Inzaghi could work with him as the first-team boss?

Attempting to put out the fire, Galliani explained the motives behind the controversial move, telling reporters (h/t Forza Italian Football):

“Cristante asked to go because there were too many players ahead of him. We would have liked him to stay. I suggested he go on a loan move to another Italian side, but he said he did not want to play against Milan.”

While Cristante’s confusing departure paved the way for Giacomo Bonaventura’s dramatic arrival from Atalanta on 1 September 2014, which has paid off, it becomes a case of “what if?”

Fortunately, the 7 million euro dished out for Bonaventura’s services has been money well spent, as the 28-year old sparked the club — on and off the pitch — from the moment his tear-stricken face committed to the red and black over their city rivals Inter on Deadline Day. And since leaving Lombardy for Portugal, Cristante’s laboured to find form and convince us all the initial hype was real. Bouncing around on loan between Palermo and Pescara, Cristante had yet to sniff the high-ceiling placed above him early on — that is until the Goddess’ attraction to the youngster made for a perfect relationship in Bergamo.

Ironically enough, Atalanta — the outfit Cristante notched his first ever start against, and recipient of Milan’s immediate investment — took on the 22-year old last winter where he’s kicked on ever since, appearing in 20 matches across all competitions, adding six goals and two assists along the way. Hope lied in manager Gian Piero Gasperini’s knack for moulding budding youth and ‘La Dea’ as a calcio hotbed to manifest Cristante’s best qualities — and it’s paid off ever since. Cristante’s also reunited with a familiar face from his youth days at Milan, mixing it up with former academy mate Andrea Petagna who has carved out a nice role for himself since leaving his parent club and even earned a call-up to the Azzurri.

After several main men for Gian Piero Ventura’s Italian National Team succumbed to untimely injuries prior to this recent phase of 2018 World Cup qualifying, Cristante’s steady form in Serie A and Europa League were rewarded with his first senior call-up and debut as a substitute on 6 October in the tightly-contested 1–0 win over Macedonia.

Cristante couldn’t have possibly envisioned his footballing journey taking the course it has. Bypassing the opportunity to represent Canada through his father’s North American roots, self-belief prevailed that, in time, his seat at the ‘La Nazionale’ table wouldn’t be vacant much longer. Like Petagna, Cristante took the off-beaten path, trusted in his quality, and has proven once again that you cannot write off a youth talent that quickly.