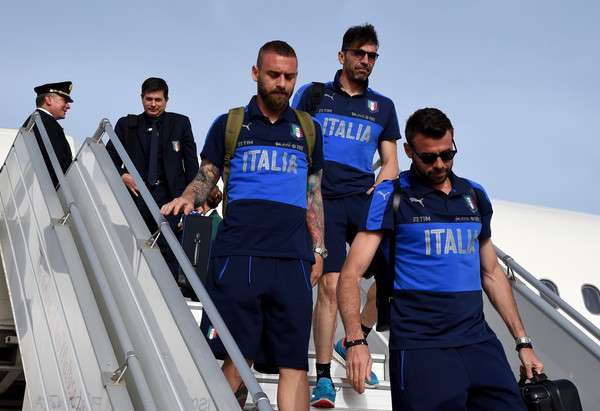 Gianluigi Buffon, Andrea Barzagli, and Daniele De Rossi have each announced their retirement from the Italian National Team.

Buffon made his debut for Italy on 29 October 1997 at the age of 19, coming on as a substitute against Russia. Gigi holds the Italian record for most caps, playing in his 175th and final match tonight against Sweden.

Buffon spoke to Rai Sport after in final match for Italy: “I am not sorry for myself but for all of Italian football. We failed at something which is also something on a social level. I am sad that my last match will coincide with us not qualifying for the World Cup. I want to give a hug to everyone, to Chiellini, to Barzagli, to Bonucci and De Rossi. I wish the best luck to these guys, whose example can be followed.”

Barzagli made his international debut in November of 2004 and earned a total of 73 caps for Italy.

De Rossi earned his international debut in September of 2004 and made 117 appearances while adding 21 goals.

All three were on the 2006 World Cup-winning squad. With their retirements, every player from that team is now retired from international duty.