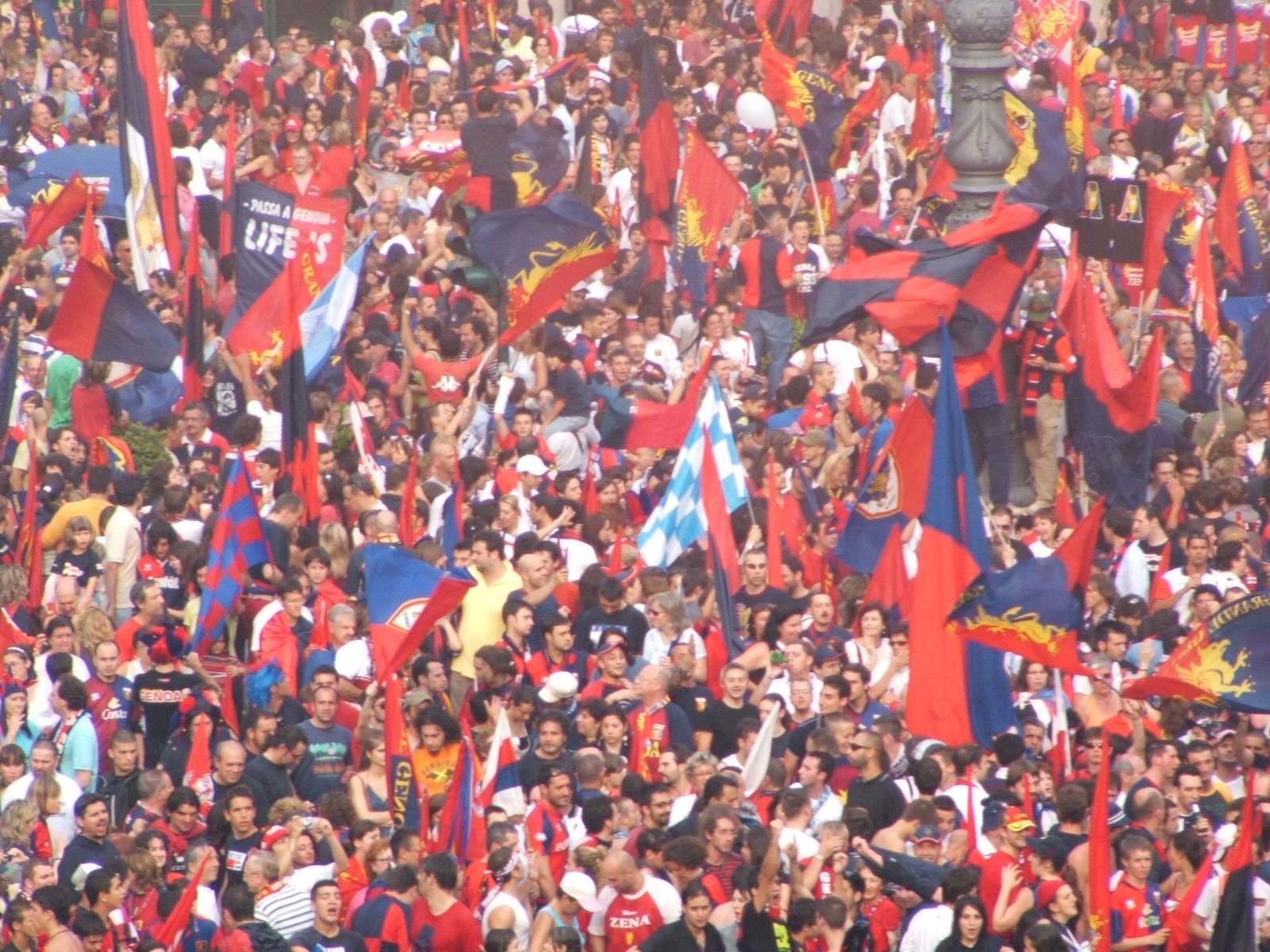 For the 2017/18 football season, I decided to begin an experiment which has the real potential to break me down in ways that I have never experienced. The idea was to become a supporter of a Serie A team and follow them for every game, trying to learn not just about the club but calcio and Italian culture along the way and detail it all in a short weekly blog.

It was a tough pick and I had a decent selection to choose from. Maybe I could have gone down the route of picking SPAL, a team enjoying their first top-flight division in 49 years. On the other hand, a team that I had thought about picking was Atalanta, led by Gian Piero Gasperini. I had read a lot about how exciting they were last season and had some very entertaining prospects in the form of Franck Kessié and Andrea Conti, coincidentally both now plying their trade for A.C. Milan.

I did not want to pick a ‘big team’ such as Juventus or Inter, as I felt that too much was already being said about these teams and I am not in a position to add much more to these already saturated conversations. I am no football genius, I am no football student, I am just a young guy who likes to occasionally plays five-a-side and chats about football.

I took the plunge, and I went for Genoa. I chose Genoa for a multitude of odd reasons, one of the main reasons being their rich history – they are the oldest running club in Italy. You have to love a veteran. At first, the club was set up as a Cricket & Athletics club for Brits only. The true surprise here is how the ability for us Brits to be dicks to every other nationality has truly stood the test of time – long before Brexit was ever a thing. After a few years, the club branched into football and began to push cricket away back to middle England where it belongs, tucked away somewhere between High Wycombe and Marlow. I enjoy the idea of Genoa having such a long and proud history, and who knows – maybe more history can be created in the coming years.

A slightly quirky reason was that I wanted a team by the coast as I enjoy the sea, and as some of you may know Genoa is a quaint city that lies on the coast of Northern Italy. Anton Chekhov once described Genoa as ‘The Most Beautiful City in the World’, and I’d like to think there was some truth behind that wise man’s words.

Genoa’s most successful period came in the early 1900’s when many considered the Rossoblu to be the top team in northern Italian football – long before the dominance of Juventus in the modern era. Between 1897 and 1924, Genoa had won 9 top division titles, which we now know as Serie A. Unfortunately, the 1924 title win remains the last ever top division medal on the Genoa mantle, and the club is now 93 years without Italian footballs top prize. Optimism is a strong point of my personality but I’m not sure we will manage to end the run of not trophies before it hits the century mark.

Currently, we have Ivan Juric in charge, a man who resembles an older, crazed version of Arsenal’s Hector Bellerin. The man loves the pressing game and getting in the faces of the opposition. If you are not working hard enough, you will be pulled from the team and made to watch from the sides – as Adel Taraabt was made to do last year. He is a passionate man, and us British are suckers for it. Think Kevin Keegan 90’s rant with a relegation battling Italian side and you will get Ivan Juric’s iconic post-match press conference where he shed a tear discussing the team’s loss to Chievo. As soon as I heard this I fell for the man, and again this is what makes them a great club.

In an age of lost identities, where sometimes top clubs no longer truly represent their regions or represent their cultures, Genoa is a club that really does symbolise the area where it is from. Genoa was once one of the most powerful and wealthy maritime republics in the Mediterranean and could trade via its port and gained a huge influence throughout Europe. Genoa’s prominence as a trade port began to fall in the 1900’s and only in the last 20 years or so has gone under a transformation as the city has redeveloped – very much like the club in that it is still attempting to redevelop after a few seasons in the lower divisions as well as going through a current sale of the club. As well as this, Genoa makes strong efforts to bring players through their academy and we have seen that in the past few seasons with players like Domenico Criscito, Stephan El Shaarawy, and Abdoulay Konko all coming through. Notably, the man currently on everyone’s lips is Pietro Pellegri, that some have even gone as far as to call “The Next Messi”…

One thing I love about Genoa, is the idea that is a reinvigoration club, a club where players can find their feet again, a club that offers players a second chance after having a few years of underperformance. The last chance saloon of top-level Italian clubs. You look at players like Adel Taraabt, Andrea Bertolacci, and Gianluca Lapadula. All of these guys have performed at very good levels in the past, and if things had gone other ways, could easily be starting for some of the top teams in the world, but no, they are plying their trade for Genoa and I love that we are a band of misfits and trade-offs. Could we be the Leicester City of Italian football one day?

The most recent example of this lies in our summer addition, Ricardo Centurion. The young Argentine has been praised to the high heavens in the past by the likes of Roberto Baggio, stating that he could be the player to follow in his footsteps – bold claim! Surely a player with such a description would have better prospects than a mid-table Italian side you may think. But alas, the boy has his baggage. He has often been caught up in off the field scandals, which often involve drinking and essentially has become a liability. There were talks of him becoming a Roma player over the summer, but due to his run-ins with the booze, it seems as if Genoa have plucked up the courage to take him on.

The Marassi is a stadium of legend and iconic history. Many claim that there is no better atmosphere than on the Grandinata Nord on match day when the whole stand is bouncing and roaring the famous “You’ll Never Walk Alone”. There are not many who can claim they have the same passion as the Genoa faithful. Infamously, during a match versus Siena in 2012, the fans stopped the match after Genoa were 4-0 down. The team were held captive on the pitch and were made to hand over their shirts to the Ultras, with some of the players clearly very upset over the ordeal.

Genoa is a club that I can connect with on an emotional level, there is a passion that courses through the club’s veins, whether that be the fans or the manager. Perhaps this season, passion is the one thing that Genoa are lacking from their men. With the worst red card record in the league so far (3), maybe you could argue that the passion is simply mismanaged.

I am hoping that we can begin to see a change in fortunes soon, as I am sure most of you are aware, we currently lie 19th in Serie A and are staring down the barrel. Perhaps the cast of outsiders can begin to turn the page and start recording some wins, the fans have been on Juric’s side, but the past few games have been tough and the patience is wearing thin – and it doesn’t help when the club seems to be going through a very prolonged sale.