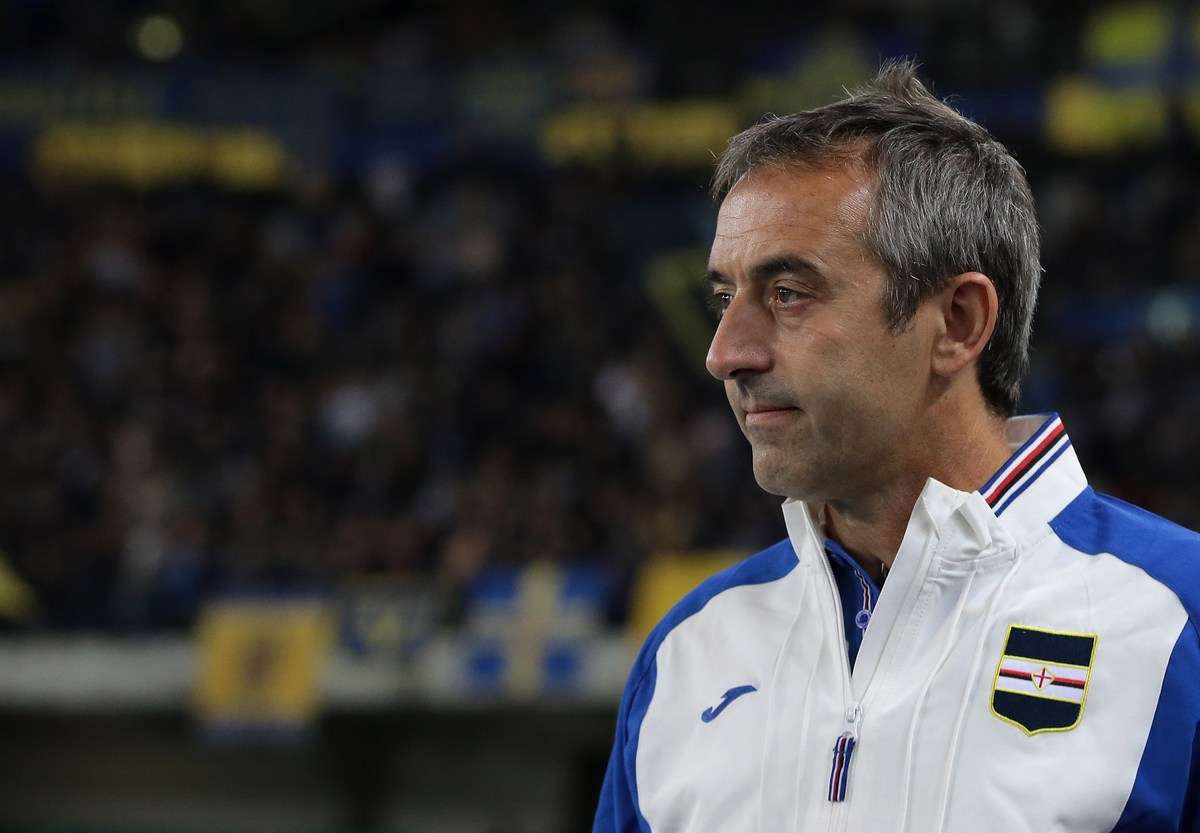 Last season was a very stellar first year in charge for Marco Giampaolo at Sampdoria. After joining from Empoli in the summer of 2016, he quickly implemented his 4-3-1-2 with the Blucerchiati and led the team to an impressive 11th finish. This season, the tactician has certainly set his sights higher and a blistering start to the season sees Samp unbeaten after five matches with the club in 7th place despite a game in hand. The dominating win over Milan at this past weekend further underlined the progress of the Genovese club and the superb coaching of Giampaolo.

Sampdoria sold their centre-back Milan Skriniar to Inter in the summer while centre-forward Luis Muriel went to Sevilla. In their place, Samp brought in Gianmarco Ferrari to replace Skriniar and strikers Gianluca Caprari and Duvan Zapata to fill the void left by Muriel. Other notable additions are left-back Nicola Murru and trequartista Gastón Ramirez. Giampaolo has immediately implemented these players into his tactical template which has seen all five of them making starts already

Giampaolo always sets his team out in a 4-3-1-2 formation where the defensive style is a strictly positional defensive system. The players move in relation to the position of the ball, their teammates and the space behind their back-four without wasting energy on the setup of the opposition. The narrowness of the formation prevents opponents playing through the lines of Sampdoria’s shape and forces the ball wide. The full-backs press in wide areas while the wider central midfielders give support.

In attack, Giampaolo preaches patient passing with the focus on short passing combinations to attract pressure before playing into space the opponents just vacated by pressing. Central combination play between the two strikers and the trequartista is a key method to create chances. The formation can be seen below. 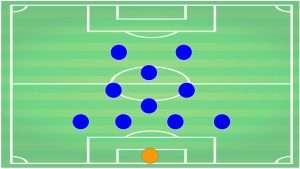 After wins against Benevento and Fiorentina in the first two games, Samp drew against Torino and away at Hellas Verona. From the opening four games, only the Benevento-win had been played at Stadio Luigi Ferraris as the home game against AS Roma was postponed because of heavy rain in Liguria. The win at, albeit a new look, Fiorentina was impressive while the draw at Torino showed mental strength against the all-out-attack Granata when Samp found a way back after goals from Daniele Baselli and Andrea Belotti in the span of two minutes. The subsequent draw at Hellas was not what Giampaolo had anticipated, but the dominating display against a new look AC Milan on Sunday was extremely encouraging.

Milan coach Vincenzo Montella sought to match Samp’s four central players in midfield with a 3-5-1-1 where the players measured up numerically and positionally in midfield. There was never any doubt about the game though as the brilliantly coached Sampdoria dominated the game and ensured Milan did not have a single shot on target throughout the 90 minutes. Duvan Zapata gave Samp the lead in the second half following some embarrassing defending from Milan and when Ricardo Alvarez sealed the win in stoppage time the result 2-0 meant Sampdoria’s unbeaten start continued.

Giampaolo has built a tactically well-prepared and structured team but we must also take a moment to mention some of the excellent players at his disposal. The centre-back duo of Matias Silvestre and Gianmarco Ferrari can now blossom and gets accustomed to Giampaolo’s system.. Nicola Murru competes with former Napoli defender Ivan Strinic for the left-back slot while Jacopo Sala usually starts on the right. It’s not the most well-known of defences in Italy, but they are excellent defenders perfectly suited to Giampaolo’s back-four. Vasco Regini and Bartosz Bereszynski are also two serviceable defensive options.

Uruguayan Lucas Torreira was a revelation at defensive midfield last season and looks like he’ll continue his fine form this campaign. From the base of the midfield diamond he initiates attacks efficiently, wins back possession both by force and intelligence. Playmaker Leonardo Capezzi is a good alternative. On either side of him, Dennis Praet, Edgar Barreto, Valerio Verre and Karol Linetty are options to provide either creativity, energy, aggression or goalscoring, or a combination of all four attributes. Gastón Ramirez, Ricardo Alvarez, Filip Djuricic and Praet are the options for the trequartista role and all provide dribbling, creativity, passing ability and shooting to bring a cutting edge to the tip of the diamond.

Up front, veteran Fabio Quagliarella is still the main man, while new signings Duvan Zapata and Gianluca Caprari bring different qualities to the team. The three of them are already off the mark in the league and have shown they can combine nicely together. Sampdoria’s squad is a superb example of how to build a squad suited to their manager’s approach and Sampdoria are soaring because of it.

The strong start to the season has seen Sampdoria earn praise from all corners but most of it should be directed to Giampaolo. His meticulous approach and detailed setup has led to the excellent performances and results his side has been gaining. Given the nature of the players in the squad and their suitability to Giampaolo’s tactical philosophy, Sampdoria look well set to challenge for the Europa League-places. That would represent a fantastic success, but even if not, a place in the top half would be a success for one of Italy’s brightest tactical minds and an exciting squad of players.

This originally appeared on the Running The Show.