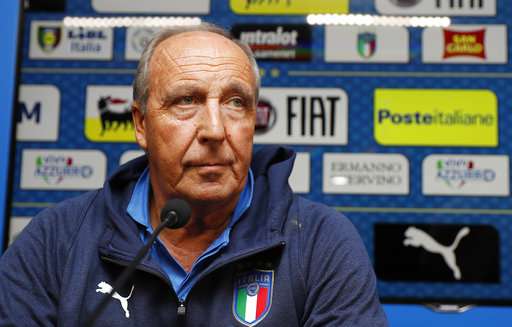 As four-time World Cup Champions, the job of managing the Italian National Team comes with astronomical amounts of pressure and expectation. Antonio Conte, Italy’s head coach at the European Championships in 2016, had an outstanding resume prior to his appointment as coach of the Azzurri. Three consecutive Serie A titles along with three well-deserved Coach of the Year awards struck fear into world football. His tactical genius, disciplinary style, and passion put him in an elite class of managers suitable to lead a nation so desperate for success.

Conte did quite well with the national team. At Euro 2016, he got the best out of a bruised and battered Azzurri. Victories over Belgium and defending champions Spain were tactical master classes. A closely contested quarterfinal exit to Germany on penalties while being forced to play a weak midfield of Stefano Sturaro, Emmanuele Giaccherini and Marco Parolo against one of the best midfields in football gave hope that Italian football management was in the right hands. Since Antonio Conte’s departure to Chelsea after Euro 2016, Italy has lacked flair, tactical competence, and poise.

Italy then placed their World Cup 2018 hopes in the hands of Gian Piero Ventura, whose greatest career accomplishment is a laughable Serie C title. Ventura finished with a record of 7-2-1 in World Cup qualifying. The fate of Italian football began to grow weary after drawing Macedonia, and the utter humiliation at the hands of 3-0 defeat to Spain. Finishing second in their group, Italy drew Sweden in a do or die two-legged series, with only one country going to Russia 2018. Prior to both matches Ventura arrogantly stated: “I am not thinking about whether we will play in the World Cup or not. I am already thinking about the group stage as well as the friendlies we have to play”

Ventura’s approach to facing Sweden was horrendous. The formation choice of 3-5-2 shunned Lorenzo Insigne from starting in both matches. The tricky winger from Napoli is borderline world-class and astonishingly only featured for a total of 14 minutes in the two matches. Notably, Insigne was inserted in an unfamiliar central midfield role that left fans flabbergasted.

Jorginho, who has been world-class for Napoli this season, was not in Ventura’s first match plans but finally showed why he should have been starting with a lively appearance in the second match. Juventus’ rising talent, Daniele Rugani, was on the bench while Andrea Barzagli started. 36-year-old Barzagli displayed the fact that he’s well past his prime after Emil Forsberg spun him in circles for 90 minutes. The first match ended 1-0 for Sweden and called for a complete overhaul.

Ventura brought no tactical awareness or game plan to the second match in Milan. After a first half of decent opportunities on net, fans were left wondering when the attacking changes would come. The fans at San Siro were flustered when the final substitution was not the prolific Lorenzo Insigne. Instead, Ventura left three aging center backs on the field when Italy so desperately needed a goal. I am still wondering what Italy’s choice of attack was. I am questioning why it took Ventura over 140 minutes to see that Matteo Darmian (who is right footed) could not cross from the left side. I ponder the decision to keep a dull and ineffective Marco Parolo on the field when he was mainly a spectator. Why did it take Ventura so long to realize that Florenzi has flair, talent, and versatility?

The darkest time in Italy’s illustrious footballing history is upon us. Back-to-back World Cup group stage exits followed by this dreadful and embarrassing loss to Sweden calls for a total revamp of the way Italians play. Gian Piero Ventura should never have been allowed the privilege of representing the coveted Azzurri. It was cowardly from the Italian Football Federation to not immediately fire Ventura along with those who appointed him. It would be in Ventura’s best interest, to never be associated with Italian football ever again. Failing to reach the World Cup for the first time in 60 years is a feat that could never even be fathomed a few months ago. This generation of players is definitely not Italy’s brightest, but the talent in the roster is more than good enough to get them to the World Cup and this is Gian Piero Ventura’s failure.

C.S.
This post was originally published on the Free Flow Blog