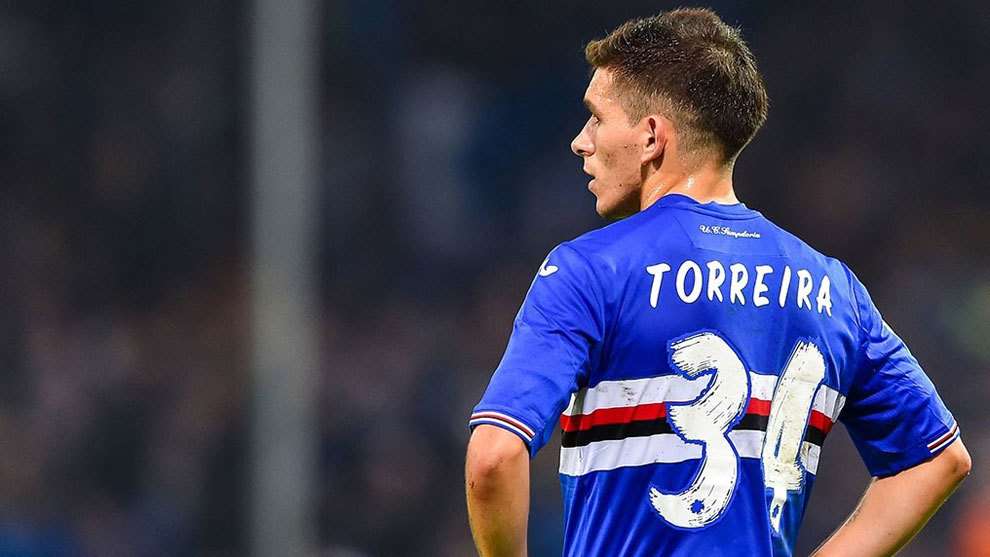 Uruguay is a country with a population of approximately 3.5 million, yet they are producing world-class footballers like Edinson Cavani, Luis Suaréz, and Diego Godín plus a bunch of exciting young prospects with the ability to break into the European elite. José Maria Giménez, Mauricio Lemos, Federico Valverde, Nicolás Schiappacasse and Lucas Torreira will all make sure to bring the proud football legacy of Uruguay further and maintain their place as one of the best national teams in the world, and I am about to take a closer look to one of these main prospects.

Lucas Sebastián Torreira Di Pascua, a name worthy an iconic warrior, or one of the most promising midfielders in Serie A. However, the truth is that it is easy to mistake Lucas Torreira for a warrior when he is running around tackling and intercepting for fun. A big heart in a small body, because his 168 centimeters and 64 kilograms might not be much to the world at first sight but watch him play and I can assure you that you will think otherwise.

It was in the small town of Fray Bentos in Uruguay, close to the Argentinean border, where Lucas Torreira started his football career by playing with the local club, 18 de Julio. At the age of 17, it was time for something bigger and better and he decided to join Montevideo Wanderers in the Uruguayan capital. But before he even had played one minute of senior football he and four teammates from Montevideo got invited to a trial at Delfino Pescara Calcio in Italy. Two weeks later everybody returned to Uruguay and Montevideo, except Lucas Torreira.

Pescara wanted to acquire the youngster, and they did.

“In the second week of January (2014) I arrived in Pescara but I spent two months without playing due to problems with the paperwork,” said Torreira.

Eventually, the papers went through and Torreira was eligible to play for Pescara’s Primavera team.

Prior to the 14/15 season the, at the time, 18-year-old Uruguayan was promoted to the first team. He appeared five times in Serie B that season but it didn’t stop Sampdoria to claim their interest in the player and eventually sign him. Sampdoria sent him back to Pescara on loan immediately and he spent the 15/16 season in Serie B.

Back with Sampdoria in for the 16/17 season he became a regular starter and played 35 games during the season. With his ruthless style of play, he made himself a name rapidly all over Italy. His 2.8 tackles per game made him to the 9th most frequent tackler in the league. His tackling and intercepting skills are what most people think about when they hear the name Lucas Torreira, and that’s not wrong, his aggressiveness and ability to regain possession with his interceptions is his biggest asset, which his 2.5 interceptions per game indicates (2nd among CMs), but he is a lot more than just that.

Watch a game with Lucas Torreira and you will see a player with “Juego de Posición” in his head, he just loves to see the ball move within his team and recycle possession. Only 10 players averaged more passes per game than the small “Fraybentino” (Person from Fray Bentos) in Serie A last season. His obsession regarding “Juego de Posición” made him one of the most fouled players in Serie A, he’s not afraid of taking the ball forward to start an attack.

Maybe his boldness is what has been taking him this far, all the way from the small town of Fray Bentos to Liguria and Genoa. Torreira isn’t your regular talent, he has never appeared in the national team, not even at the youth level, or played for the huge youth teams back in Uruguay. Yet he’s the one who got to the top and is being linked to the big clubs in Europe.

Fans of Sampdoria can expect another splendid season from the youngster since his development shows no signs of regression. He has developed rapidly during the last three years and it’s a big chance, or risk if you are a fan of ´Samp´, that this is his last season in the city of Genoa.

However, the main man himself doesn’t seem too stressed about his situation:

“I am happy to have left Uruguay to play European football. One of my dreams is to play for my country, I am 20-years-old and have much to learn. I am on the right track.”