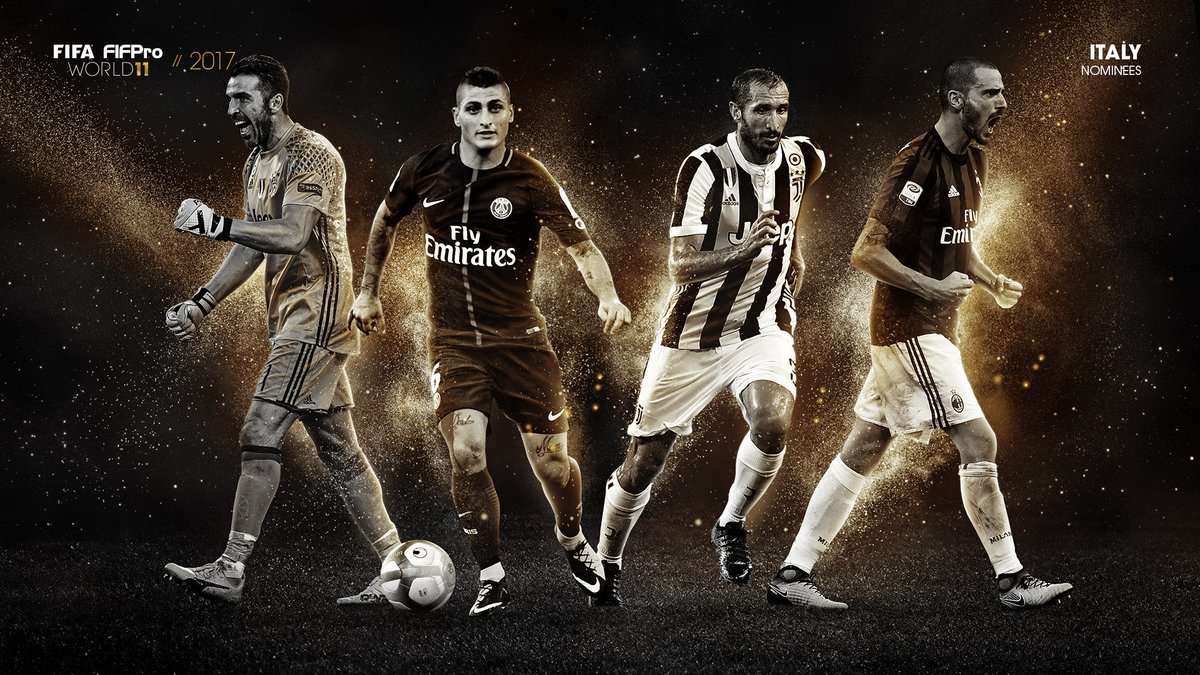 FIFPro and its affiliated player associations polled 25,000 professional footballers to put together a list of 55 players to be considered for the 2017 World 11.

Gianluigi Buffon, Giorgio Chiellini, Leonardo Bonucci and Paulo Dybala were the Serie A players who made the list. All four played for Juventus during the 2016-17 season until Bonucci made the noteworthy move to A.C. Milan during the summer transfer window.

Italian international Marco Verratti, of Paris Saint-Germain, was also present on the list.

The FIFA FIFPro World 11, set to be announced at ‘The Best’ FIFA Football Awards in London on October 23, will consist of one goalkeeper, four defenders, three midfielders, and three forwards.

Opening The Eyes of the World: The Year Mauro Icardi Breaks Through on a Global Scale