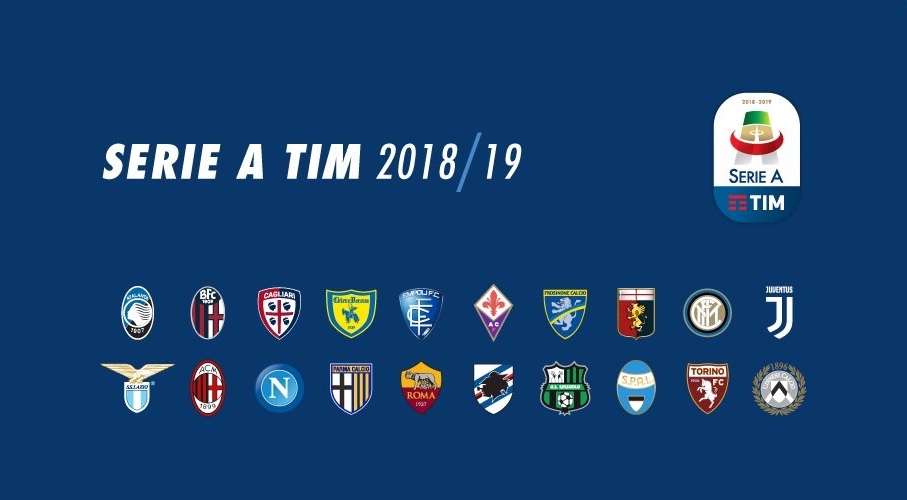 Upon first glance by the casual fan, the upcoming season may not seem intriguing with seven-time reigning champions Juventus adding goal-machine Cristiano Ronaldo. But there are in fact many exciting storylines heading into the latest edition of the top Italian flight beyond the Bianconeri’s look for continued dominance on the peninsula and quest for the Champions League.

There is a new era underway at Napoli as Carlo Ancelotti makes his return to his homeland after taking a job in each of Europe’s other top leagues. Keeping all of their star players minus Jorginho, the Partenopei will look to end Juve’s Scudetto streak while competing in the Champions League as well, in what may be Ancelotti’s toughest task in some time.

Roma have seen a large turnover in their squad this summer; losing two of their best players in Alisson and Radja Nainggolan. Head coach Eusebio Di Francesco will have his work cut out ahead of him as a repeat of last season looks to be difficult. Will Monchi’s dozen summer signings produce some magic or take time to adapt?

It’s been an eventful summer for both clubs in Milan. With Champions League football secured, Inter pulled off quite an impressive mercato, improving their starting lineup and adding valuable depth to the squad as well. Luciano Spalletti now has all the tools needed to succeed in all competitions, as the Nerazzurri should be expected to. Meanwhile, on the other side of town, AC Milan underwent a roller-coaster of a summer, changing ownership and having their Europa League ban thrown out. Sporting director Leonardo, along with club legend Paolo Maldini, did well to have a solid mercato with only a month to operate along with FFP restrictions.  Both Milanese clubs will be looking to finish in the top four, as calcio fans should expect.

Lazio have held onto their star players thus far but now being unable to sign anyone else, a major sale would be quite a surprise. Simone Inzaghi will have his hands full again this season, competing in three competitions. It will be tough to match last season’s impressive results, especially as the other big squads have all improved.

Atalanta sold some quality players this summer, which manager Gian Piero Gasperini did not hold back in criticizing. Nonetheless, La Dea is facing F.C. Copenhagen over the next two weeks in the final qualifying playoff round for Europa League. If they manage to qualify for European competition again this season, Gasperini will be faced with a tough challenge but you can still expect Atalanta to compete well.

Fiorentina are looking to improve after Stefano Pioli’s first season at the club. Quality attacking reinforcements have been brought in but Davide Astori’s absence will still be felt both on and off the pitch.

Sampdoria and Torino each made some solid signings on Deadline Day as their managers, Marco Giampaolo and Walter Mazzarri respectively, will continue to implement their same systems from last season. Expect both sides to be around the cusp of Europa League qualification yet again.

Sassuolo and Udinese have both brought in new exciting young managers along with young signings. The Neroverdi and Zebrette are two mid-table teams to keep an eye on this year.

Bologna brought in Pippo Inzaghi on the bench after a successful stint at Venezia FC. Just like their similarities on the pitch were recognizable, so too are the characteristics of the Inzaghi brothers from the touchline. I think everyone is exciting for the Inzaghi derby, no?

After CR7 made the move to Juventus, it seemed that the rest of the summer may feel lackluster. Surely nothing can top signing the best player in the world? Well, that wouldn’t stop the rest of the top flight clubs from trying to keep pace. A flourish of signings among Italy’s elite left us surprised day in and day out, up until the final minutes. The mercato alone caused quite an eventful summer on the Italian peninsula. But beyond that, the league also unveiled a new logo last week and has established new TV and streaming contracts both in Italy and around the globe. As Serie A enters a new age in play, marketing, and perhaps foothold in the global market, there are many exciting storylines to follow, and we hope that you will join us in our coverage throughout the season.