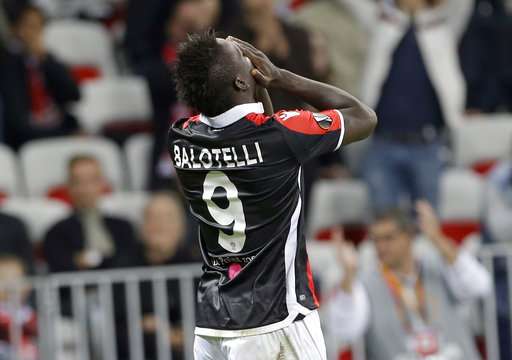 The 27-year-old striker is out of contract at OGC Nice this summer and has scored 14 goals in Ligue 1 this season so far.

The Italian international has not received a call-up to the national team since the 2014 World Cup.

Balotelli has already had an eventful career starting out at Inter, before playing for Manchester City, two stints at A.C. Milan, Liverpool and now OGC Nice.