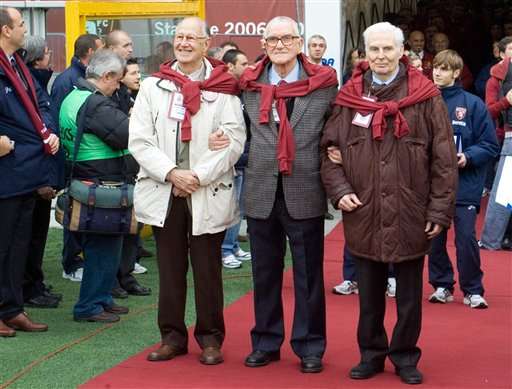 Sauro Tomà, the last surviving member of the illustrious Grande Torino squad, passed away on Tuesday at the age of 92, following a short battle with illness.

Tomà wasn’t part of the fateful Superga flight that wiped out all the 31 passengers onboard, including 18 Torino players – almost the entirety of the squad.

Prior to the ill-fated match against Benfica, a knee injury ruled him out; an injury that would ultimately call time on his career, prematurely, at the age of 29.

Following the death of the squad’s reserve goalkeeper, Renato Gandolfi, in 2011, Tomà was the only surviving member of the fabled squad that ruled Italian football during the 1940s and won five league titles.

Tomà was admitted to the Mauritian hospital in Turin, where he took his last breath. The reason of his death wasn’t disclosed.