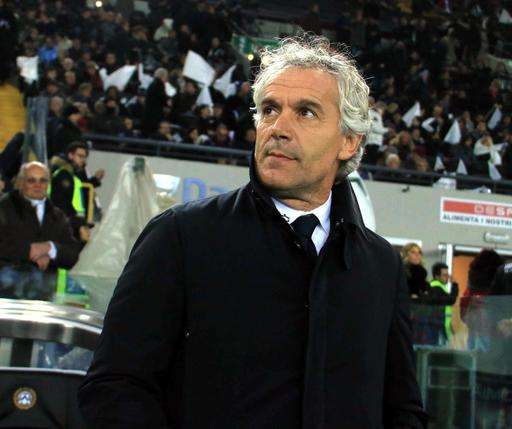 Donadoni changed the formation of his team against Genoa to three at the back. In this piece, we look at the difference between this and his regular, 4-3-3.

In the game against Genoa, we witnessed Roberto Donadoni’s move away from his preferred 4-3-3 formation. Instead, Donadoni opted for 3-5-1-1 formation, utilizing hard-working players instead of those filled to the rim with flair. The result against Genoa came down to a kind of defensive security we have not seen at Bologna for quite some time, and this begs the question: Should Donadoni keep going with three at the back, or is 4-3-3 the better option?

The line-up against Genoa saw several changes from what has been the case for most games this season. Simone Romagnoli came in for his debut and played in the centre of Bologna’s three-man defence. The new man exceeded expectations with a brilliant performance. He was part of a good team with Bari in Serie B, but to make the transition from that to Serie A is not always easy. However, Romagnoli made it look as if he has played in the top-tier for a long time. On either side of him, was Filip Helander and Giancarlo Gonzalez, and together they formed a tight partnership that denied Genoa space.

Donadoni’s decision to use Federico Di Francesco at right wing-back was a curious one. The son of Roma head coach Eusebio is a player that thrives further forward on the pitch, and especially on the left as he there can cut inside using his stronger right foot. At wing-back, he had to take on more defensive responsibilities, and this inhibited him from contributing as much as he would have wanted in attack. Additionally, Di Francesco’s desire to cut inside towards the centre of the field was evident during the game, which often led Bologna to become too narrow. One of the most important roles of the wing-back is to provide width, and this was lacking on the right-hand side. But this was not surprising, as he has never played in the role before, and he can therefore not be criticized too harshly for it.

The central midfield was composed of Andrea Poli, Erick Pulgar and Adam Nagy, with Blerim Dzemaili further ahead of them. The four central midfielders are all hard-working, which was important as Bologna sought to deny Genoa space. However, neither of them have the kind of skill set that, for instance, Simone Verdi has. With the 3-5-1-1 formation having fewer attacking players, it is essential that the player behind the striker has the skill set to dribble past defenders to create space for his teammates. The first half saw Bologna struggle to create chances, but this changed when Destro scored, and Genoa pushed forward. If Donadoni decides to stick with this formation, a different type of player is required behind Destro.

Donadoni’s regular 4-3-3 formation gives the team a different kind of approach to games. For one thing, it sets them up with three attacking players. Often this season, these three have been Verdi, Destro, and Rodrigo Palacio. Out of those three,  Verdi and Palacio have the skill set required to cause trouble for the opponent by dribbling past defenders. However, with the two players out on the flanks being primarily attacking players, it does leave the rest of the team a bit exposed at times. They do track back when the team is not in possession, but it can leave the defense exposed, in particular on the counter.

Given the result against Genoa, it would not surprise me if Donadoni opts to keep going with three at the back versus Spal. It brings much-needed defensive security that the team hasn’t had this season. Also, three at the back could mean a 3-4-3 formation. This would give the coach the option to field a defensively secure side, but also have Destro, Verdi and Palacio (when fit) out on the field. With this formation, the three attackers would not be required to work as hard defensively as they have to in the 4-3-3.

Whichever formation Donadoni decides to go for against Spal, he finds himself in a good position. He can field an attacking formation full of flair, or a more defensive one that excels at denying the opposition space. To be able to alter the tactical approach to a game makes it difficult for the opponent to know which Bologna they will encounter. This can only be good news for the remainder of the season.

Italy to play friendly against Netherlands on June 4