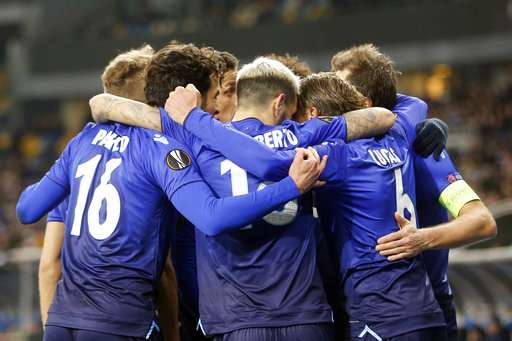 Lazio advanced to the Europa Leauge quarterfinals after defeating Dynamo Kiev 4-2 on aggregate while Milan crashed out losing to Arsenal 5-1 on aggregate.

Simone Inzaghi’s side traveled to Ukraine and won 2-0 on goals from Lucas Leiva and Stefan De Vrij to continue their run in Europe.

“I have to compliment the lads, as they put in a great performance and deserved our place in the quarterfinals, which wasn’t easy,” head coach Simone Inzaghi told Sky Sport Italia after the match. “The lads were wonderful and we fully deserved our win.”

Meanwhile, Milan made the trip to London and actually took the lead in the 35th minute on a goal from Hakan Çalhanoğlu. But after a dubious decision to award the hosts a penalty in the 38th minute, Arsenal scored three unanswered goals.

Lazio will find out their quarterfinal opponent at the Europa Leauge draw tomorrow in Nyon, Switzerland.

A Criticism of Maurizio Sarri