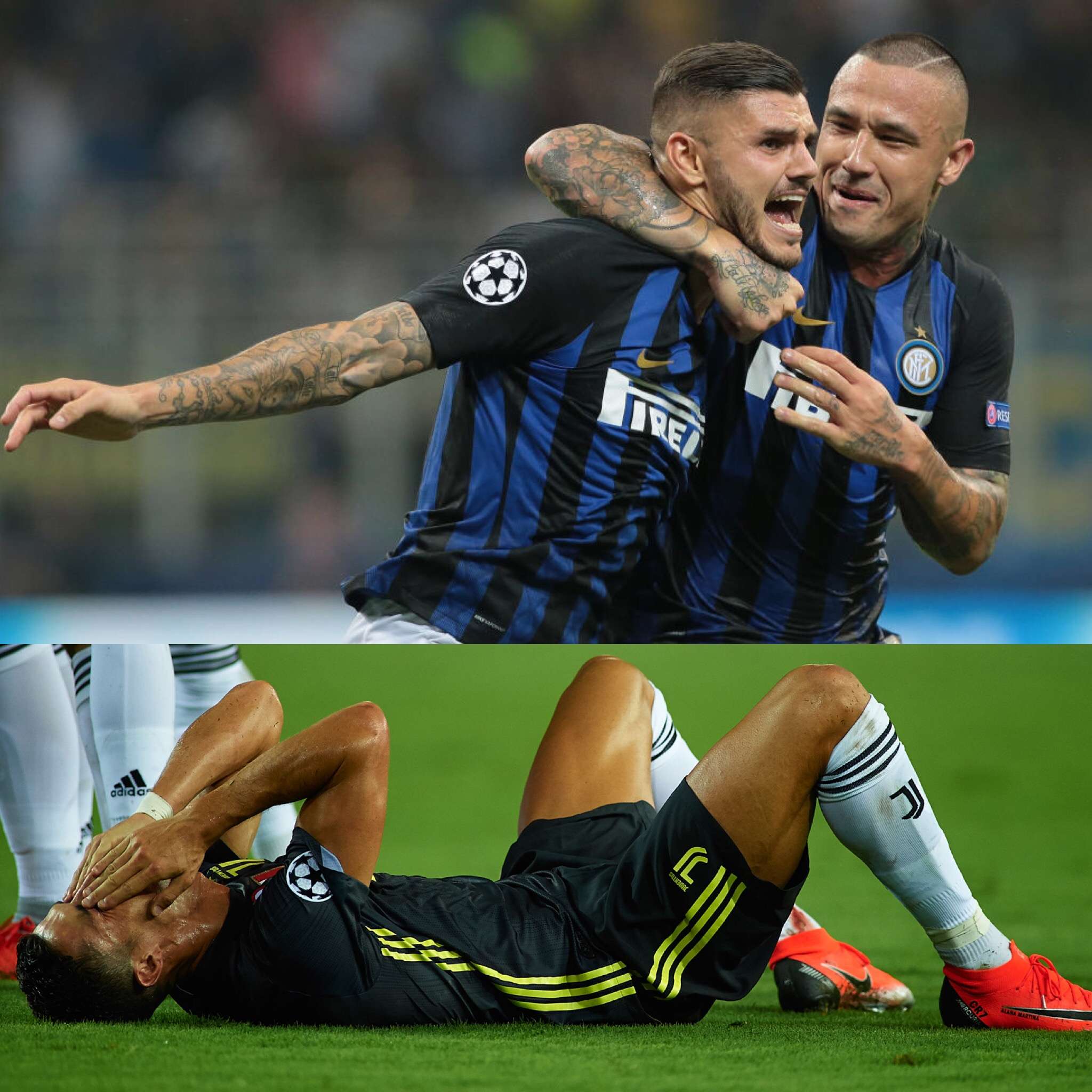 The first games of the European group stages have come and gone. So, who stole the headlines this week?

The Italian champions maintained their 100% start to the season away at Valencia. After Mario Mandzukic, Sami Khedira and Blaise Matuidi all missed glorious chances inside the opening exchanges, things turned sour for the Bianconeri just before the half-hour mark. Cristiano Ronaldo tangled with Jeison Murillo on the edge of the box, an exchange which left the Colombian on the ground clutching his face. After consulting with the official behind the goal, the referee deemed the incident an act of violent conduct and dismissed Juventus’ record signing. Ronaldo was left in tears by the outcome, and upon closer inspection, his dismay could be understood. There appeared minimal contact if any at all, and an appeal will surely be made imminently.

Juventus recomposed themselves after this debacle, remaining on top as the half drew to a close. They got their reward just before the interval, as Joao Cancelo was caught recklessly by the stray boot of Daniel Parejo inside the area. Miralem Pjanic stepped up to stroke the ball home from the spot. Shortly after the break, Juventus were gifted another penalty. This time it was Murillo who was penalised for hauling Leonardo Bonucci to the ground from a set-piece. Pjanic sent his spot-kick the same way; he got the same result. Valencia pressed forwards in the closing stages and were awarded a penalty of their own in the final minute of stoppage time, after a clumsy aerial challenge from Daniele Rugani. Parejo’s night to forget was completed though, as he saw his penalty parried to safety by Wojciech Szczesny. A comfortable evening in the end for Massimiliano Allegri’s men.

In a game that pitted two struggling sides against one another, Inter came out on top in dramatic fashion. Neither side were able to truly grab a foothold in the first half, as Inter worked tirelessly with no reward, whilst Tottenham were sloppy in possession. They did create the best chance though, but Harry Kane fluffed his lines as he failed to even get a shot away after being put through on goal.

The game sparked into life after the break. Tottenham took the lead in fortuitous circumstances, as a Christian Eriksen shot took a wicked deflection off Miranda and looped past the helpless Samir Handanovic. It seemed that Inter were on their way to another defeat, their third in five games, as the visitors controlled much of the second period. Yet whilst the score remained 1-0, Inter were far from beaten, and they turned the match around in the final five minutes. Mauro Icardi has had a quiet start to the season, failing to net in the opening four league matches, but all of this was forgotten as he drove home a stunning volley to put Inter back on level terms. A resurgent Inter pushed for the winner in the closing stages, and their moment arrived two minutes into stoppage time, as Tottenham’s set-piece issues came back to haunt them. Matias Vecino met Stefan de Vrij’s knockdown to head home from close range. This could be a crucial win for the Italian giants in what appears the toughest group on paper.

How did Italy’s other sides fare?

Napoli and Roma were also in Champions League action in midweek. Neither were able to claim the desired result. Napoli dominated possession but were held to a frustrating 0-0 draw by Serbian side, Red Star Belgrade. In a group that also contains Liverpool and Paris Saint-Germain, this must go down as a missed opportunity, as Napoli aim to improve on their showing in last year’s top European competition, where they were eliminated in the group stages. Meanwhile, Roma had the thankless task of travelling to Real Madrid, who kicked off the defence of their title with a convincing 3-0 win. Last season’s semi-finalists have endured a tough start to the campaign and never looked capable of turning their fortunes around here.

In Thursday night’s Europa League action, Lazio and AC Milan both edged to opening day wins. Lazio got the better of Cypriot side, Apollon Limassol, 2-1. Simone Inzaghi’s side remain far from their fluent best but were aided by a sumptuous flick from Felipe Caicedo into the path of Luis Alberto to set them on their way to victory. Ciro Immobile added a penalty late on. AC Milan travelled to Luxembourg to take on minnows, Dudelange. Gennaro Gattuso rotated his side heavily for this game, and it showed, as Milan put in a disjointed performance. It was left to Gonzalo Higuain to spare the Rossoneri’s blushes as he notched the only goal of the game to hand his side an unimpressive 1-0 win.

Serie B Play Suspended – the situation