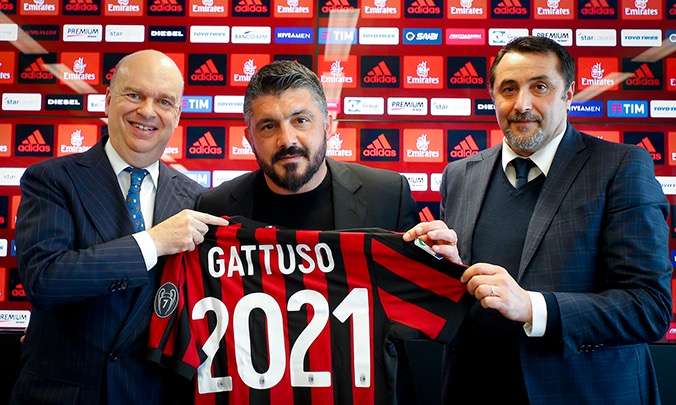 A.C. Milan have confirmed that head coach Gennaro Gattuso has signed a contract extension until June 2021.

Gattuso played for the Rossoneri from 1999-2012, before becoming the club’s youth team coach and eventually the first-team coach back in November, replacing Vincenzo Montella.

The Calabrian led Milan to a 10-match unbeaten run at the beginning of 2018 before exiting the Europa League at the hands of Arsenal.

“I have to thank the players who made themselves available for me and my staff. We hope to continue as we did in these first four months,” Gattuso said, at today’s press conference. “Forza Milan and I do hope to get things right to bring back AC Milan where they used to be.”