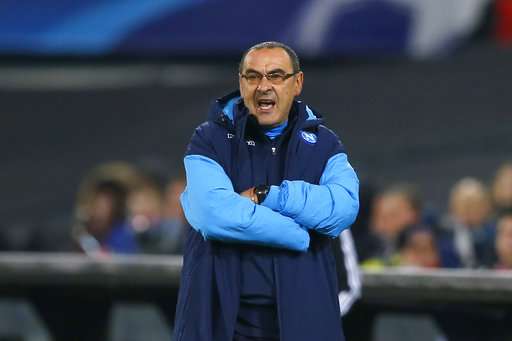 Today’s edition of Corriere dello Sport reports that while Napoli are ready to offer Maurizio Sarri a new and improved contract, they are also eying potential replacements, in case of his departure.

While AS Monaco have reportedly offered Sarri a contract worth €6 million a season, Napoli president Aurelio De Laurentiis will try to retain the tactician with a new, richer contract.

Sarri has said he is entirely focused on the remainder of the season and on the Scudetto fight.

As Sarri’s future may be up in the air at the end of the season, Napoli have pondered possible successors.

Corriere dello Sport’s report says that at the moment, Sampdoria’s Marco Giampaolo is the coach with the most appeal, while Marcelino of Valencia has also impressed De Laurentiis.

Portuguese Paulo Fonseca of Shakhtar also has a style that has not go unnoticed by Napoli’s hierarchy.

But, for the time being, Maurizio Sarri is still in charge of Napoli.