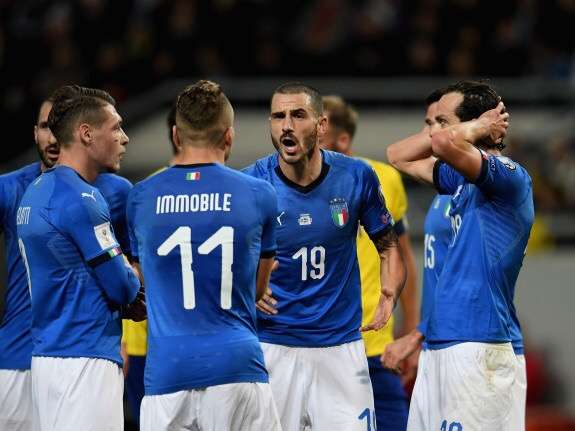 Italy have fallen to an all-time low of 20th position in the latest FIFA rankings — their worst position ever since the inception of the system. The previous record was 17th position, which they occupied on two different occasions in 2015 and 2017.

Following the failure to qualify for the World Cup this summer, the Azzurri lost a friendly against Argentina (2-0) and drew the other against England (1-1); thus, dropping six places.

Peru, Denmark, and Tunisia are all placed above Italy. Germany continue to top the rankings, followed by Brazil and Belgium. Wales and Iceland follow the Azzurri in 21st and 22nd respectively.

Italy next face Saudi Arabia on May 28 and France on June 1 in friendly matches.

Napoli to play friendly against Liverpool