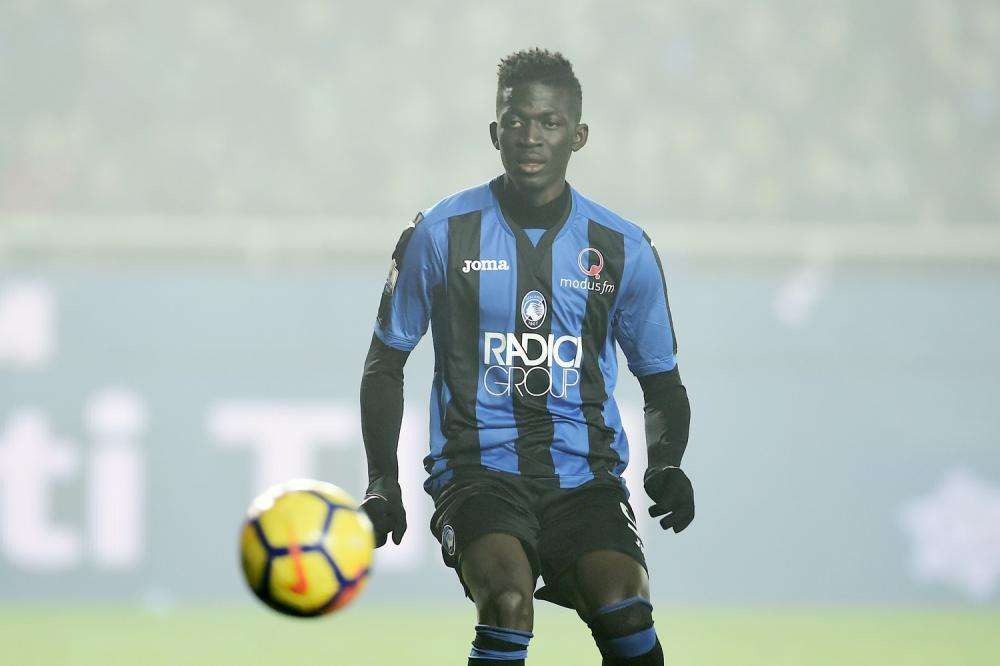 Last season, Atalanta shocked the world when they finished in 4th place and made their return to Continental competition after 26 years. This resurgence was led by manager Gian Piero Gasperini, who gave opportunities to many youth players, helping  Atalanta to their most successful season in the club’s history.

After the great success of their youth players, the world will be looking to see the next big talent coming out Bergamo and the club may have found him already. The player in question is 19-year-old Gambian striker, Musa Barrow who has been a star for the side’s youth team.

Musa Barrow claimed his stake to be a part of Gian Piero Gasperini’s plans after he bagged 23 goals and seven assists in just 18 games with the Primavera squad this season. His great scoring form has helped his team to sit top of the league and have the most amount of goals scored. The youngster’s great form has obviously not gone unnoticed by the first team coach as Barrow earned his call-up to the senior-team a couple months ago.

The striker finally made his Serie A debut on the 10th of February 2018 in a 1-1 draw with Crotone making a seven-minute cameo. Even though he didn’t set the game alight it was a massive positive for the teenager who played just two days before in a Coppa Italia Primavera semi-final 2nd leg against AC Milan where he scored but unfortunately it wasn’t enough and his side was knocked out out the competition.

Since that game, Musa Barrow has gone onto make 4 more Serie A appearances off the bench for Atalanta. The Gambian created the first assist of his senior career against Sampdoria last week, setting up Rafael Tolói, with his header down in the box to equalize.

Barrow was signed by the Serie A club from his native country in 2016 and since then he has showcased his clinical finishing ability. Musa Barrow hit the ground running for the club as the attacker scored an 82nd-minute winner in his first game for the youth team in a Viareggio Cup match against Gremio Osasco. By the end of the 2016/17 season, Musa Barrow netted 13 goals and grabbed one assist in 14 starts in all competitions.

A standout moment of the season came towards the end when the Gambian scored hat-tricks in two consecutive games, first against Pisa in a 5-0 victory and the second coming against Roma in a 3-0 win.

Standing 6 feet tall, Musa Barrow is a lethal finisher inside and around the penalty area. Barrow can also score from long distance, as shown by his wonder goal against Udinese in a 4-2 victory, which makes him a frightening forward to deal with. The Gambian has shown that he is capable of scoring with both feet and his head, scoring four goals with his left foot and four with his head out of 36 goals in his Atalanta youth career.

While he is a fantastic goalscorer, let’s take a quick look at his other qualities. For a big man, Barrow is great with his feet as shown by most of his goals this season where he takes on defenders with ease. The teenager is very quick and is also a good team player distributing seven assists this season with the Primavera and already getting one assist for the Atalanta senior team.

Musa Barrow has also proven to be a big game player with the youth team as he’s scored seven goals against the top 6 sides this season, showing that he can step up when the pressure is on.

With Musa Barrow in the form of his life at the moment and finally getting a look in off the bench for the senior team, it is only a matter of time before we see the teenager find the net in Serie A as the Gambian has a huge future in the game. It’s not easy to find a young player who is both clinical and has great movement so Atalanta truly has a star on their hands.