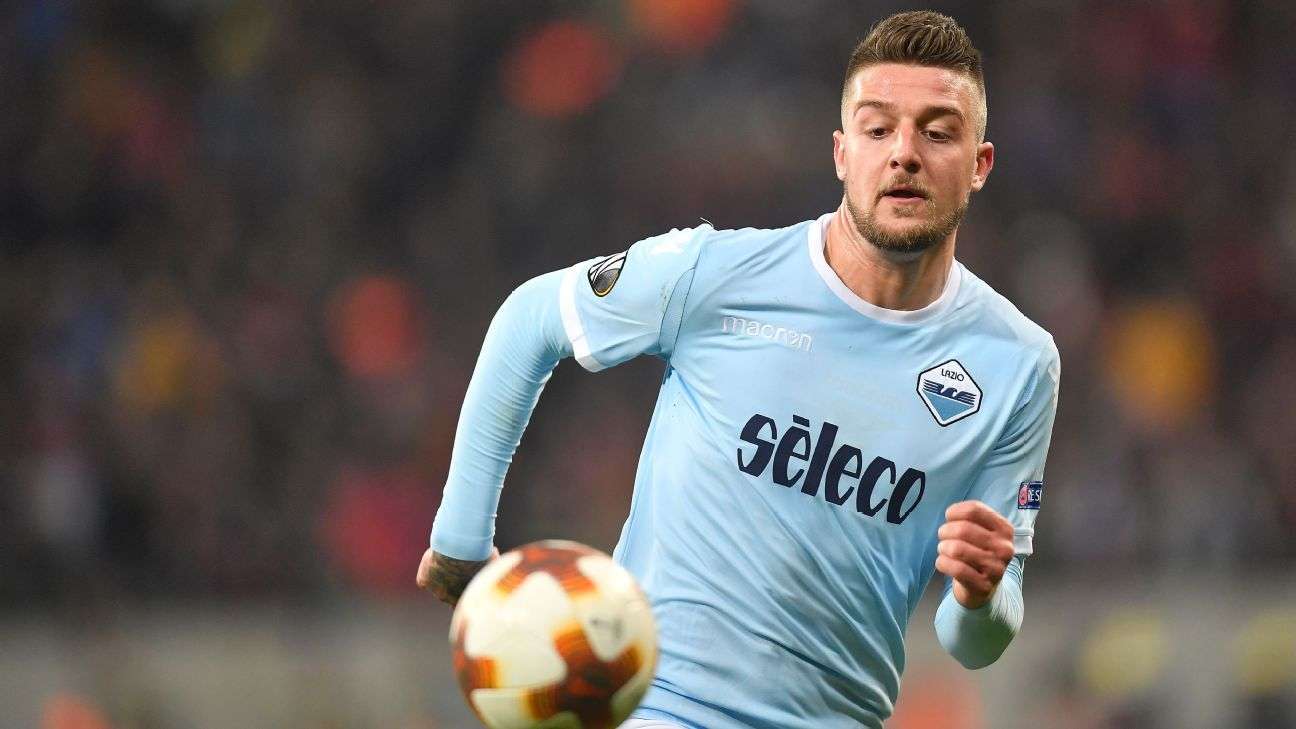 Sergej Milinkovic-Savic is arguably the most talked about young talent in Serie A right now. A move away from Lazio in the near-future still feels inevitable despite his recent contract extension as a number of high-profile clubs are said to be interested in securing his signature. So what makes the Serbian youngster such a special talent, and why does he remain in the Italian capital for the moment?

Over the past three years, Milinkovic-Savic has established himself as a key figure in the Lazio midfield. Playing on the left-hand side of a central midfield three in Simone Inzaghi’s favoured 3-5-1-1 formation, the 23-year-old enjoyed an eye-catching campaign last year, despite the club faltering at the final hurdle and missing out on a Champions League place in agonising fashion. As the season progressed, speculation grew that both Manchester United and Real Madrid were preparing bids, whilst over the summer months, fellow Italian clubs Juventus and AC Milan also joined the party. After netting 12 league goals, by far his most prolific season to date, and providing 4 assists during 35 appearances, it is easy to see why. Yet Milinkovic-Savic’s qualities cannot be summarised purely by numbers. He requires further scrutiny.

Standing at 191cm tall, the Serb clearly adds an imposing presence to the side. Lazio can sometimes be seen aiming goal kicks towards his chest, safe in the knowledge that there is a good chance that he will hold off his marker and retain possession in the process. However, it is his technical ability that makes him stand out to admiring onlookers. Milinkovic-Savic possesses an outstanding first touch and is able to glide past players at will when dribbling with the ball. He attempts and executes passes that many players would not have even seen. Inzaghi did not hold back with his opinion on the youngster last season, stating that he “has both quality and physicality, whereas often players are deficient in one of those areas”. 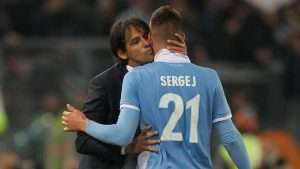 With these skills on full display, Milinkovic-Savic had some notable highlights last year. His brace against Atalanta in December was exceptional, as he clawed back a two-goal deficit to earn his side a point. His opening goal, a driving run followed by a precise finish with his weaker left foot, illustrated why the midfielder is so sought-after. A couple of months later, he showcased his talent in a brilliant first-half performance against the league leaders at the time, Napoli. Milinkovic-Savic outshone the likes of Jorginho, Allan, and Marek Hamsik as Lazio held their own in the opening exchanges. Such a classy showing will not have gone unnoticed.

What is holding him back?

Despite all this, Milinkovic-Savic has not got his big-money move. AC Milan sporting director, Leonardo, revealed how the club baulked at the asking price, describing the deal as “not feasible”, whilst Real Madrid president, Florentino Perez, is also said to have vetoed the transfer due to the fee involved. Admittedly, Lazio are believed to want in excess of £100 million for the playmaker, but in modern-day football, money does not appear to be the stumbling block it once was. If a player is good enough, he is often on his way, no questions asked. So why the hesitation on this occasion?

Well, in a word: consistency. The best players are able to reach a high level and maintain that for prolonged periods. Milinkovic-Savic has shown glimpses of the level that he can achieve but has yet to deliver the goods on a weekly basis to show that he is amongst the best midfielders in Europe. Statistics provide clear evidence of this. Of the 16 league goals that the Serb was directly involved in last year, none came against the other top 6 sides. Lazio needed their midfield ace to step up in these key clashes. All too regularly, he fell short of the mark. Indeed, in the game against Napoli where he lit up the first half, he was anonymous after the break as the side collapsed to a 4-1 defeat. To solely blame him for this would be grossly unfair. Nevertheless, it was alarming how his level dipped in the second period as the side came under increasing pressure.

His defensive discipline may also be a concern. Lazio conceded more goals than any other side in the top 9 last year in Serie A. Although, the side have undeniable frailties at the back, this is not helped by Milinkovic-Savic’s tendency to be caught upfield, leaving Marco Parolo and Lucas Leiva to pick up the pieces when the opposition launch counter-attacks. The recent World Cup highlighted the need for midfielders to be disciplined in attack and defence, with Paul Pogba reining in his attacking instincts at times to form an intimidating partnership with N’Golo Kante for the eventual winners, France. Milinkovic-Savic may have to add this to his arsenal if he is to mature into a world-class player. 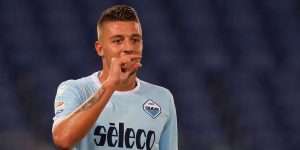 Milinkovic-Savic has started the new season slowly. Like many others, he seems to have been hit by the ‘post-World Cup blues’. However, a player with his attributes will surely spark back into life soon.

At the start of October, Milinkovic-Savic penned a new deal keeping him in Rome until 2023. Yet contract extensions do not mean much in football anymore, and just days later he was the subject of a banner held up by a section of Lazio supporters who claimed he was “hunting for cash”. This will do little to quiet speculation linking him with potential suitors in the coming months. Do not expect interest in him to wane either. There is plenty more to come from the Serbian sensation, as Europe’s top clubs watch on with interest.