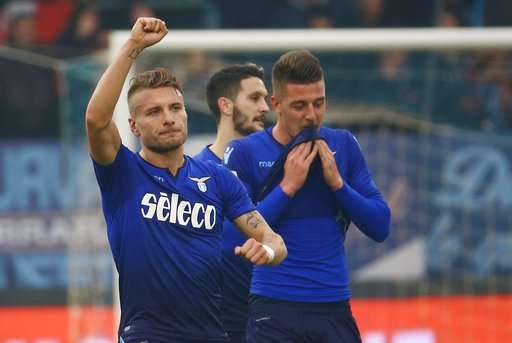 Walter Mazzarri made his return to Italian football this weekend as he was just appointed Sinisa Mihajlovic’s successor at Torino. What a return it proved to be. Torino beat Bologna 3-0 in Mazzarri’s first game in charge after a dominating display. The clean sheet was only their third since early September. Much was positive in Turin on Saturday.

Mazzarri left Watford at the end of last season and now joins a club with a very good squad. The squad contains good players in every position, evidence of great work by the sporting director Gianluca Petrachi, but they haven’t had a coach as meticulous as Mazzarri previously. Mihajlovic seems to be a great motivator and inspirational coach, but his tactics often leave something to be desired, both defensively and in attack. With Mazzarri, this will change. Torino will be one of the most well-coached sides in the league and every player will be aware of his responsibilities.

Against Bologna, Mazzarri went with a 4-5-1 which made sense given the 4-2-3-1 or 4-3-3 Mihajlovic has adopted. It was evident that Mazzarri had already worked on the team’s defensive shape as they were more compact and organized than under the Serbian coach. Tomas Rincon anchored central midfield behind the gifted Daniele Baselli and Joel Obi with Alex Berenguer and Iago Falque out wide. The quintet dominated the midfield, also after Obi was replaced by Afriyie Acquah. Bologna’s creative attackers Simone Verdi, Rodrigo Palacio and Federico Di Francesco rarely found space between the lines which minimized their output in attack.

Torino took the lead from a Lorenzo De Silvestri header off a free-kick and at the beginning of the second half Salvatore Sirigu saved a penalty from Erick Pulgar. Three minutes later, Mbaye Niang doubled the lead with a great solo goal. Iago Falque then made sure of the points with a well-taken strike. The win was never in doubt as Toro looked really strong.

It’s very early, but I have a positive feeling about this appointment. Mazzarri has often preferred three-man defenses and has options with the likes of Nicolas Burdisso, Nicolas N’Koulou, Lyanco, Emiliano Moretti and Kevin Bonifazi. Antonio Barreca, De Silvestri, Cristian Ansaldi and Cristian Molinaro are good and capable full-back/wing-backs. Mirko Valdifiori, Rincon, Baselli, Obi, and Acquah are different but good options in midfield. In attack, Andrea Belotti is the main striker and probably needed a new voice after a poor fall. When he returns from injury he’ll hope Mazzarri can develop him in the same way he did with Edinson Cavani. Around Belotti are options such as Serbian magician Adem Ljajic, Falque, Berenguer, Niang, Lucas Boye and Simone Edera. We all remember Mazzarri’s trident of Hamsik, Lavezzi, and Cavani at Napoli and there’s no reason he can’t create something similar with Falque, Ljajic, and Belotti. Fortunately, Mazzarri now has a two-week break to work with his players. It will be interesting to follow the rest of Toro’s season under their new coach. At least they got off to a good start.

Napoli weren’t at their fluid best at home to Hellas, but still grinded out a 2-0 win courtesy of a header from Kalidou Koulibaly and a Jose Callejon strike from a Lorenzo Insigne cross. There was never any doubt about the result either as Napoli were well on top and keep the pace going at the top.

Only one side are keeping up with them and that side is unsurprisingly Juventus who needed a late Federico Bernardeschi goal to beat Cagliari in Sardinia. The goal arrived after stellar work down the right from Douglas Costa and Allegri is really using all of his attacking players at the moment. Dybala was the difference last week and now Bernardeschi delivered. The title race is down to two clubs now, but they will leave it to the end to separate them.

Inter’s chances of a Scudetto were probably killed in Florence when Giovanni Simeone equalized Mauro Icardi’s opener. Inter haven’t won in five league matches and find themselves nine points behind Napoli and eight behind Juventus. Instead of looking upwards, they have to start worrying about what they have behind them. Luciano Spalletti needs to turn this rut in form around instantly. For La Viola it meant another good point against a good opponent. Pioli’s good work in Florence continues.

Inter stay in third for now though since Roma lost at home to an impressive Atalanta. Andreas Cornelius gave the visitors the lead at the Olimpico and Marten De Roon doubled the lead shortly thereafter. In the second half, Edin Dzeko pulled one back for Roma but they couldn’t find an equalizer.

Their city rivals Lazio crushed SPAL 5-2 in a highly entertaining encounter. Luis Alberto weaved his way through the SPAL defense to give Lazio the lead but Mirko Antenucci leveled the score with a penalty. Alberto then superbly set up Ciro Immobile’s first of the day before Sergej Milinkovic-Savic’ stunning outside of the boot pass gave Immobile a one on one he took advantage of to make it 3-1 to Lazio. Antenucci pulled another goal back after a poor Wallace clearance, but Immobile quickly restored Lazio’s two-goal cushion with a header from Dusan Basta’s cross. In the second half, Immobile added his fourth of the day, to bring his league total to 20 goals thus far.

Genoa have almost made it a habit to win games late in Davide Ballardini’s short tenure. At home to Sassuolo, Andrej Galabinov won the game with a header in the 80th minute. Big win for the Grifone.

I wrote last week that Udinese either win their games or lose them. After 18 games they didn’t have any draws with nine wins and nine defeats. Obviously, they draw in the following round. Away at Chievo, a Nenad Tomovic own goal rescued a point for Massimo Oddo’s men after Ivan Radovanic’ stunning strike had put the home side in front.

BENEVENTO ARE ALIVE! After the historically poor start with only one point from their first 18 games, Benevento have now won two in a row. This win, at home to Sampdoria, was very impressive. Partly because Samp is normally a very strong side, but perhaps more because of the way Benevento responded to going behind in first-half stoppage time when Gianluca Caprari pounced on a loose ball in the box. Massimo Coda then scored a wonderful solo goal when beating a defender before curling the ball into the far corner with his left foot and followed it up with a superb free-kick to give Benevento the lead. Enrico Brignola made it 3-1 in stoppage time before Dawid Kownacki pulled one back to set the final score at 3-2 to Benevento. They’re eight points behind SPAL in 17th. They actually have a chance!

Milan really needed a win at home to Crotone. Leonardo Bonucci’s header made sure they got one, which means they’ve won every game in 2018. They’ll desperately hope it’ll be a better year than 2017 proved to be, but they remain in 11th position.

It’s hard to overlook Coda’s performance against Sampdoria. Two excellent goals, the first was particularly exquisite, to turn the game from a goal behind to 2-1 up against such a solid opponent. Coda will be key in Benevento’s resurrection.

De Zerbi has overseen an improvement at Benevento, and they now have two wins in a row after coming from behind to beat Samp. It’s still a long way to go, but the coach seems to have lifted spirits in the squad which can’t have been an easy thing to do. Perhaps he’s given them a chance after all.

This goal just edges Coda’s first for Benevento, but Radovanic’ strike against Udinese was perfect. Powerful, slight curl on the ball and straight into the top corner.