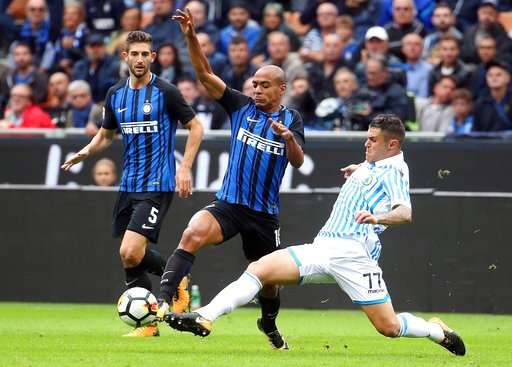 Relegation-threatened SPAL will host Champions League hopefuls Inter Milan at the Stadio Paolo Mazza in the early kick-off on Sunday in Serie A.

SPAL have struggled all season, and have leaked far too many goals but will hope they can renew their confidence on Sunday morning when hosting Luciano Spalletti’s side.

However, it won’t be easy by any means, especially taking into account how blisteringly Inter started the season, but saying that this is probably the best time to play the Nerazzurri given their current form.

Inter Milan haven’t won any of their last eight encounters, and are enduring a real rut in Serie A, so will want to put that behind them and get a positive result against SPAL, and they certainly have the players within their disposal to put them to the sword, there is no doubt about that.

SPAL, on the other hand, are on a bad run of their own and haven’t won any of their last four – their last win came at Benevento before Christmas when they prevailed, winning 2-1.

The last time these two sides met was at the San Siro, with the Milanese club winning 2-0 and Spalletti will be hoping for a similar result on Sunday to help get his side’s season back on track.

SPAL will need to get forward Mirco Antenucci involved as much as possible if they want to stand any chance of picking up vital home points against Inter Milan – the experienced 33-year-old has six goals and five assists to his name already this season.

The visitors have a real gem of their own, though, in the form of Argentine striker Mauro Icardi, who has been linked with a move away from the San Siro during this window.

SPAL can’t give Icardi an inch, because if they do, they may be punished. His record speaks for itself this season – 18 goals in 21 appearances in Serie A, and he will no doubt fancy his chances against the side currently sat in 18th place.

A win for SPAL could give them a much-needed confidence boost heading forward. However, that seems unlikely, as Inter will be keen to put an end to their poor run of form and try to get back to winning ways, with qualifying for European football surely on the minds of the players and Spalletti.

Semplici has been a fantastic ambassador for SPAL as a football club and he got them promoted last season to Serie A for the first time in 49 years. He’s seen as a legend in these parts, and the 50-year-old will now aim for them to secure survival this season.

Spalletti is closing in on 900 matches as manager – the stress doesn’t get any less for him, especially managing a team of Inter’s caliber, not knowing what team will turn but he has done a rather good job in his first season in charge. Now he will hope to secure Champions League football, but in order to do that, they need to find some form, starting with beating SPAL on Sunday.

Zinho Vanheusden (cruciate ligament) is Inter Milan’s only absentee – other than that, they should have a fully fit squad to choose from.