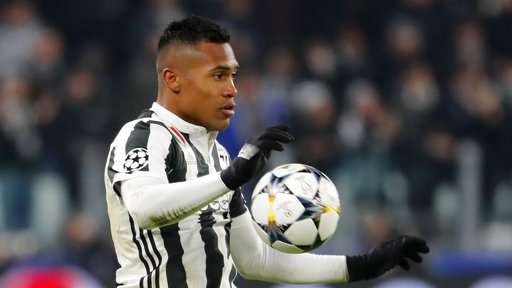 José Mourinho and Manchester United are in the midst of a well-documented search for one of football’s leading left-backs. Ashley Young has done an admirable job in filling the role this season but the likes of Luke Shaw, Daley Blind, and Matteo Darmian have all failed to impress their Portuguese boss in this position. Despite Young’s surprisingly positive campaign, there is a recognition that the Red Devils’ left-flank is in desperate need of an upgrade and in an attempt to fill that void, the Old Trafford outfit have turned their attention to Juventus player Alex Sandro.

Last summer, the Brazilian full-back was hot property on the transfer market and had been strongly linked with some of Europe’s top clubs. The former Porto player was fresh off of an outstanding 2016-17 season that saw his potential explode, helping Juventus to a domestic double and a Champions’ League final appearance. Earning comparisons to Real Madrid’s Marcelo, Alex Sandro was being touted as the player to supersede his fellow countryman as the world’s best. However, fast-forward 12 months and Sandro has suffered from a concerning and severe dip in performance.

The speculation surrounding him last summer did have a detrimental effect on his game and while he has not hit the same heights this season, Manchester United should not be deterred from making Sandro their new number three. At 27-years-old, the Brazilian international still has his key years ahead of him and a substandard ten months does not make him a second-rate player.

Alex Sandro is an ideal fit for the Premier League and Mourinho. Sandro is a pacey, powerful and athletic figure capable of dominating his side of the pitch singlehandedly, while his tactical flexibility will also appeal to the Manchester United manager. Able to play in a back four as an orthodox full-back or as a wing-back in a defensive three, Sandro’s football intelligence has been further highlighted this term when – on a handful of occasions – he has adapted to being used in a more advanced left midfield position. Mourinho is renowned for his disciplined, strategic approach and with Sandro being schooled in the tactically demanding Serie A over the last three years, he will certainly satisfy José’s defensive requirements.

As an attacking force, the former Atletico Paranaense youngster catapults forward at every opportunity. Providing the team with width, his marauding runs into opposition territory and expert crossing ability are skills that he would arguably make better use of in the English top flight. Romelu Lukaku would thrive off the delivery Sandro provides and his presence on the left would also allow him to re-kindle the positive relationship that he began to fashion with Paul Pogba while at Juventus. Bearing all the attributes of a complete full-back, Sandro is confident in possession, comfortable under pressure and consistent with his use of the ball.

Off the pitch, Sandro is not a flamboyant character but a content family man. He integrated well into the Bianconeri dressing room and enjoys the company of his South-American counterparts. The player’s commitment and attitude cannot be questioned, having missed out on a lucrative transfer last summer, he continued to work hard for the Juventus cause and on the occasions he was dropped for crucial games, Sandro did not sulk, create tension, or disrespect his coach but instead attempted to do his job when called upon.

Aside from potential cultural issues for Alex Sandro, perhaps the biggest concern regarding this move is whether Mourinho can incorporate him successfully and help Sandro rediscover his top form. The Special One has experienced complications with new signings settling under him in Manchester. If differences already exist in the dressing room between certain players and the boss, then a new signing could find it hard to acclimatise. The potential move itself does represent a risk but for around £50m, it is one worth taking and it could be exactly what Alex Sandro needs in order to compose himself and re-ignite his motivation.