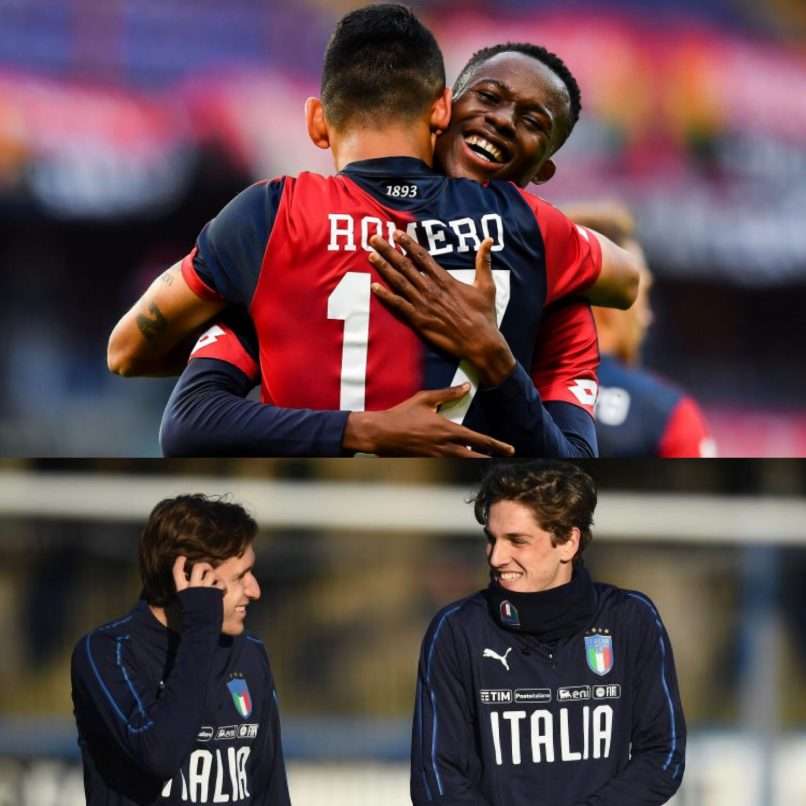 Serie A has often been associated with containing mostly experienced players, where defensive solidarity is the main focus for managers. However, this stereotype is no longer accurate, as a fresh crop of talent is breaking through and showing their worth on a regular basis. Here, using a 4-3-3 formation, are some of the young prospects to look out for over the coming years.

In his first full season in Serie A, Audero has shown he belongs at this level. Sampdoria were defensively weak last season, and whilst their flaws at the back have not been completely fixed, this goalkeeper has played a key role in making them harder to beat. He has also picked up nine caps for Italy under 21s so far.

Milenkovic has been a mainstay in defence for Fiorentina, and is equally capable of playing right back or in central defence, though has featured more regularly on the right hand side this year. His impressive displays have led to Manchester United reportedly keeping a close eye on him.

Romero was some way off the Genoa first team at the start of the campaign. That is no longer the case though, as he has now established himself as a consistent starter under Cesare Prandelli. His performances have improved as the season has progressed, and at the age of 20, he will only get better.

The Brazilian centre back has worked his way up the pecking order over the past 18 months. He is now battling with Wallace for a starting berth on a weekly basis, but his composure in possession, bringing the ball out from the back with ease, has seen him shine for Lazio recently. He is developing into a fine player under Simone Inzaghi.

Continuing the Brazilian theme is Rogerio at left back. Sassuolo remain one of the most exciting teams to watch in Serie A, and whilst Rogerio is far from the finished article, his ability to get up and down the left flank, providing an attacking outlet whenever possible, has impressed observers this season.

Locatelli struggled to get game time at AC Milan last season, yet has had no such difficulties at Sassuolo. His energetic displays in the middle of the park, breaking up the play and starting attacks for Sassuolo, have been vital for the team this season.

Barella is one of the more advanced prospects in this team of youngsters, having broken into the Italian national side in the latter stages of 2018. His technical ability is matched by his desire and commitment to the cause, making him almost certain to move to a big European club in the summer.

Despite Roma enduring a tough season so far, Zaniolo has flourished. His creativity in the final third has made him one of Roma’s shining lights and has caught the eye of national team manager, Roberto Mancini, who called him up to the senior side in late 2018.

An exceptional talent, Chiesa scored 6 and produced 9 assists in the league last season. He is well on the way to eclipsing those figures this year and scored a hat-trick against Roma in January as Fiorentina stormed into the semi-finals of the Coppa Italia. With 11 international caps already to his name, this player has a big future ahead of him. Real Madrid are said to be tracking his progress.

Kouame is a versatile operator who can play on either flank or up front. He has shone in his first season at Genoa, attracting interest from both Juventus and Napoli during the January transfer window. Krzysztof Piatek left in January, meaning that even more will be expected of Kouame in the latter half of the season.

Cutrone does not always start for Milan, but has consistently made the most of his opportunities since breaking into the side in 2017. He outscored the likes of Nikoa Kalinic and Andre Silva last year, and outperformed Gonzalo Higuian in the first part of this campaign. He now has a new strike partner with the arrival of Krzysztof Piatek from Genoa in January. Expect Cutrone to rise to the challenge once more.

This piece was extracted from the Roligan Journal, an exquisite and free magazine on world football. Download your copy here.