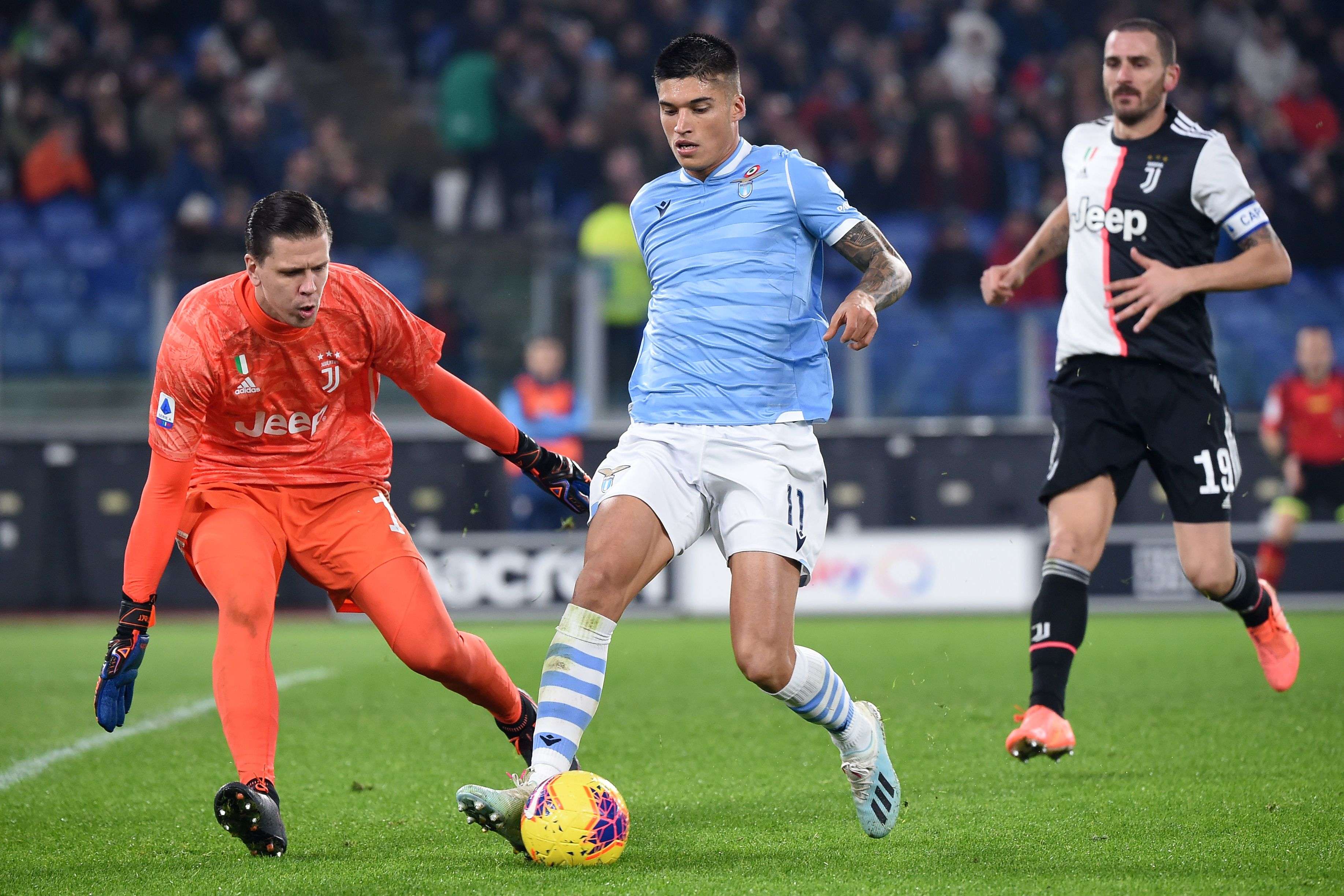 Lazio closed to within three points of Juventus after producing an impressive comeback to see off the champions 3-1 in Rome on Saturday night.

The Bianconeri squandered their lead at the top of Serie A last weekend when they were held to a 2-2 draw by Sassuolo, but they had the chance to regain first place following Inter’s goalless stalemate with Roma on Friday evening.

For much of the first half, it seemed that they were destined to return to the summit of the table. The in-form Paulo Dybala tested Thomas Strakosha early, who was equal to the task, yet the Albanian shot-stopper had no chance on 25 minutes when Juventus went in front. Dybala was involved in the build-up, with Rodrigo Bentancur then delivering an exquisite cross for Cristiano Ronaldo to tap-in at the far post.

Having gone over a month without a goal, this was Ronaldo’s second strike in as many games, and he soon went in search of a third. Strakosha had to be at his best to keep out the Portuguese star’s flying header following good work from Federico Bernardeschi.

There was no doubt that Lazio were on the back foot, but Simone Inzaghi’s side had won their last six league games coming into this contest, and they were desperate to get back on level terms. In added time at the end of the first half, they got their wish. Following patient build-up play from a corner, Luis Alberto whipped in a teasing cross which was powered home by Luiz Felipe.

A psychological blow for Juventus as they headed into the interval, yet they still came out and fashioned the first big chance of the second half. Lazio were caught in possession deep inside their own half, allowing Dybala to bear down on goal. Despite having Ronaldo in support, the Argentine forward opted to shoot, and was denied by a sharp stop from Strakosha.

Entering the final quarter of the game, there was very little to separate the two sides. Then came a crucial turning point. The hosts broke quickly from a Juventus corner, and with Manuel Lazzari set to run through on goal he was brought down by Juan Cuadrado. The full back was initially handed just a yellow card, but after consulting with VAR the referee changed his mind, deeming that Cuadrado was the last man, and therefore sent him off.

Lazio now had just over 20 minutes to make the most of their one-man advantage. They needed just five. Luis Alberto provided a sumptuous through ball, which Sergej Milinkovic-Savic took in his stride before finishing clinically.

Knowing that they faced the prospect of a rare defeat, Juventus went in search of an equaliser. Yet this just played into Lazio’s hands, and they had the chance to wrap the game up when Joaquin Correa was brought down by Wojciech Szczesny inside the penalty area. Ciro Immobile stepped up, but Szczesny redeemed himself, saving the penalty and the rebound to keep Juventus’ hopes alive.

Deep into stoppage time, those hopes were finally extinguished. Again Juventus were caught on the counter-attack, and although Szczesny saved Lazzari’s initial effort, he could do nothing to stop Felipe Caicedo’s follow-up shot.

Lazio’s seventh straight top-flight win moves them to just five points off top spot, signalling that they may have a part to play in the title race this season.

Meanwhile, this was a humbling evening for Juventus, who slipped to their first loss under Maurizio Sarri, leaving them two points adrift of Inter, with just two games remaining before the winter break.

Fiorentina confirm Montella for next two matches with Inter & Roma