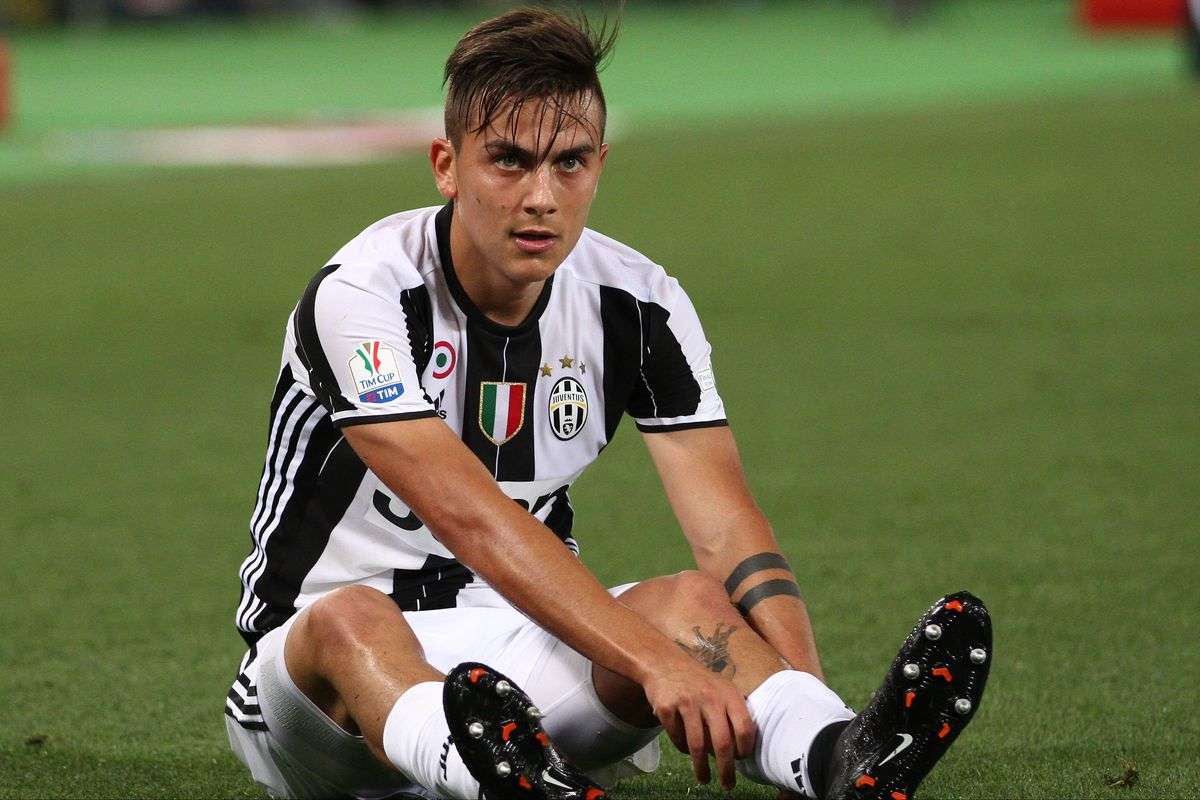 Wind the clock back to September 23rd 2017. Paulo Dybala has just netted a brace for Juventus as they cruise to a 4-0 derby victory over Torino. Those strikes take him to 10 goals in his first 6 games of the season, making him unquestionably the best player in Serie A.

The previous week he had scored his second hat-trick of the season, this time against Sassuolo, with manager Massimiliano Allegri saying how the Argentine playmaker was “turning into an extraordinary player”. The World Cup was a matter of months away, and Dybala looked set to shine on the biggest stage, proving himself to be one of the biggest talents in world football.

Yet now in April 2019, the picture is very different. Dybala has fallen down the pecking order rapidly at Juventus, with speculation mounting that he could be on his way out of the club in the summer. Which brings the question: where has it gone wrong for Dybala?

Where the struggles began

Dybala joined Juventus in the summer of 2015, and his statistics have consistently been impressive. In his maiden season at the club, he scored 19 league goals and provided 9 assists. The following campaign saw a drop-off, but he still managed 11 goals in Serie A, before enjoying his best goalscoring season in 2017/18, finding the net on 22 occasions.

Despite enjoying a fine season overall last year, it was not all plain-sailing for Dybala. After his blistering start to the season, he then went on a run of scoring just 2 goals in 12 games, culminating in him being left on the bench for consecutive games against Bologna and Roma just before Christmas. Indeed before the Bologna game, Allegri addressed the situation with Dybala. Following rumours that Dybala was having issues in his personal life after splitting up with his girlfriend whilst also going through a dispute with his sponsors, Allegri said “I am a coach, not a guard dog. I told him to work hard and concentrate, as that is the best medicine.”

Dybala went on to finish the season strongly, adding another hat-trick to his collection against Benevento in April, but those words from Allegri back in December appearing to question Dybala’s professionalism highlighted how the relationship between the player and manager was far from perfect, which has become clearer during the current campaign.

A World Cup to forget

Argentina went into the 2018 World Cup with ambitions of winning the coveted trophy for the third time, having finished runners-up back in 2014. Their side seemed weak defensively, but with Lionel Messi, Sergio Aguero, Angel Di Maria and Dybala in the final third of the pitch, Argentina were rightly considered to be one of the favourites for the tournament.

What followed was a disastrous fortnight for Argentina and Dybala. The side won just one of their four games, suffering defeats to Croatia and France on their way to elimination in the last 16. Dybala played just 22 minutes from the bench in the whole tournament, watching Jorge Sampaoli bizarrely bring the lesser-known Maximiliano Meza, Enzo Perez and Cristian Pavon off the bench ahead of him. 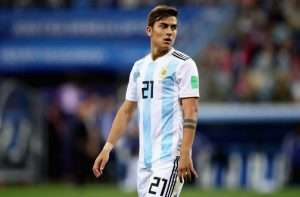 In recent years there have been questions asked as to the suitability of playing Messi and Dybala in the same team given their similar attributes. Both are left-footed, like to drift over to the right-hand side of the pitch and cut inside, and dribbling with the ball in tight spaces make them stand out from the crowd. Those questions were not answered though, as Dybala hardly featured. Many had thought that Dybala may well flourish on the grandest stage of all, but he was simply not given the opportunity to do so.

Back at Juve, back on the bench

Looking to put the summer behind him, Dybala returned to Turin to find out that Juventus had pulled off a major signing, with the club splashing out just over €100 million to bring in Cristiano Ronaldo from Real Madrid. Going into the season, it was expected that Juventus would play with a front three of Ronaldo, Dybala and Douglas Costa, who had finished the previous season strongly. An outstanding front three combining speed, power and guile meant that Juventus were tipped to challenge for the Champions League.

Yet instead, Dybala was left on the bench for three of the first five games. After an underwhelming performance on the opening day against Chievo, Dybala struggled to cement his place in the team, missing out on a starting berth for important matches against Lazio and Valencia.

Once again, Allegri’s words were telling. “He has to do like others, he has to train, he has to find a good condition,” said the Juventus coach. The World Cup debacle may have hit Dybala’s confidence, but he was not going to receive any preferential treatment from Allegri. He needed to get in shape and find his form, or he would continue to be on the bench.

Excluded in the big games

As the season progressed, another Scudetto became a formality for Juventus. All attention turned to the Champions League, with the club looking to end their 23-year wait for Europe’s biggest prize. In the round of 16, Dybala was given the nod to start away at Atletico Madrid. However, he failed to impress as Juventus slumped to a 2-0 defeat, and in the return leg, he was left on the bench, making way for Federico Bernardeschi.

Juventus turned the tie around to move into the quarter-finals where they met Ajax. Again Dybala was left out of the starting line-up, and when Allegri needed to change the momentum of the game he turned to Douglas Costa, who had been out injured for two months, ahead of the Argentinian forward. Further evidence that his trust in Dybala to make a meaningful impact was waning.

Due to Mario Mandzukic picking up an untimely injury ahead of the second leg, Dybala did start in the return fixture. He was to last just 45 minutes though, struggling to have an influence on the game before being replaced at the break with a quadriceps muscle problem.

When looking at the key moments in Juventus’s season, they have mostly been produced by either Ronaldo or Mandzukic. Ronaldo’s hat-trick against Atletico sparked a stunning comeback, and he scored the winner in the Supercoppa Italiana final against Milan in January. In the first half of the season, Mandzukic netted important goals against Lazio, Napoli, Milan, Inter and Roma to help Juventus open up an insurmountable gap at the top of the league. Worryingly for Dybala, he has not had these moments.

Dybala has scored just five league goals this season, comfortably his lowest return since joining Juventus. Only one of those has come against a top half club, a penalty against AC Milan. Former Juventus midfielder Claudio Marchisio revealed his sympathy for Dybala last month saying, “Paulo has an innate gift and I’m sorry to see him so far from goal.” Dybala needs to be affecting games in the final third, and the statistics and regular viewers of Juventus point to how that is not happening often enough. 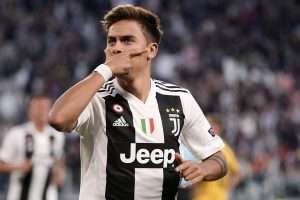 Dybala’s trademark celebration has not been seen much this season.

For now, Dybala is unavailable due to the injury that he picked up against Ajax. His time to turn his form around this season is quickly running out. A host of clubs are said to be monitoring Dybala as the summer transfer window approaches, including Manchester United, Bayern Munich and Inter Milan. After a troublesome last 12 months, it would not be a major shock to see Dybala depart Turin.

Yet it would be wrong to doubt Dybala’s ability to turn his form around. His first three years at Juventus showed the talent he possesses, and one sub-par season should not cause people to write off Dybala. At 25 years of age and seemingly coming into his peak years, Dybala will hope to return to form soon to remind everyone just how good he can be.