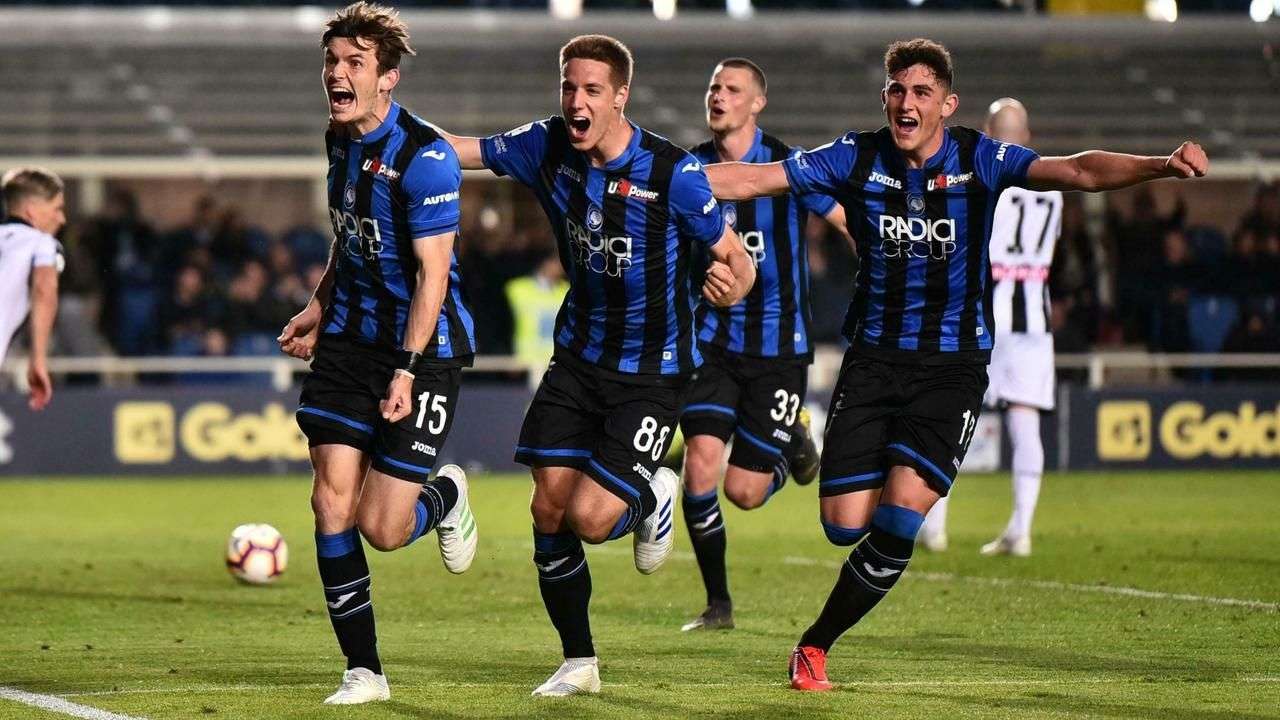 Two goals in the final ten minutes capped off a stunning week for Atalanta on Monday night, as they beat Udinese 2-0 to move into the top four. Having fought back to beat Napoli last Monday, before booking their place in the final of the Coppa Italia on Thursday, it seemed that Atalanta’s week would end in frustration against a resolute Udinese side. Yet a Marten de Roon penalty and a deflected Mario Pasalic effort were enough to seal an important victory late on.

The build-up to the game had been far from perfect for Atalanta. Josip Ilicic was ruled out late on, with his fitness issues rearing their head once more, whilst Musa Barrow was also unable to make the bench thanks to an abdominal problem.

Without Ilicic, their chief creator in recent weeks, Atalanta struggled to find their rhythm in the first half. They had to wait until midway through the half to fashion their first clear chance, as Robin Gosens met Alejandro Gomez’s corner, but was denied by a fine one-handed save by Juan Musso. The Argentine goalkeeper was called into action again just a few minutes later, this time having to tip over a well-struck volley from de Roon.

It was far from one-way traffic though. Atalanta’s major flaw this season has been their susceptibility to the counter-attack, and they almost paid for that again here when Kevin Lasagna escaped the challenge of Gianluca Mancini, only to clip his shot narrowly wide of the target.

The hosts started the second half with more purpose, looking to get Gomez on the ball regularly in the final third. Atalanta’s playmaker nearly broke the deadlock with a shot from just outside the box, but Musso once again got down well to turn his effort away.

It was looking more and more likely that Atalanta would be dropping points, and they almost went behind following a swift Udinese attack, which culminated in Rodrigo De Paul curling an effort against the base of the post. A wake-up call for Atalanta who needed to find something in the closing stages to get past their tricky opponents.

In the end, it was an Udinese mistake that ended the stalemate. Andrea Masiello broke into the box and was caught late by Sandro, leaving the referee with no option but to point to the spot. Ilicic is Atalanta’s regular penalty taker, but his absence left de Roon to step up this time. The Dutch midfielder made no mistake, sending Musso the wrong way to put Atalanta ahead in the 81st minute.

Relief around the stadium turned into outright joy just four minutes later when Atalanta added a second. Duvan Zapata kept his composure inside the area with his back to goal, coolly laying the ball into the path of Pasalic, whose strike caught a nick off a defender on the way through before finding the bottom corner.

The result sees Atalanta jump to fourth, a point clear of Roma in a battle that looks destined to go to the final day of the season. Udinese remain down in 17th, yet stay four points above the bottom three with four games to play.

Torino’s hopes of Champions League qualification remain intact after they beat AC Milan 2-0 on Sunday night to move into 6th place. Andrea Belotti’s 58th-minute penalty opened the scoring, with Alex Berenguer doubling Torino’s advantage in the 69th minute. Milan’s captain Alessio Romagnoli was sent off in the closing stages for dissent, as Milan dropped to 7th following their fourth loss in their last seven league matches. Both sides are now three points adrift of the top four.

Inter Milan and Juventus played out a 1-1 draw on Saturday evening, as Inter took another step towards confirming a second consecutive season of Champions League football. Radja Nainggolan’s sensational volley put Inter in front, but they were denied a rare win over Juventus when Cristiano Ronaldo struck for the visitors shortly after the hour mark. The cushion between Inter and 5th place stands at four points.

The team aiming to close that gap is Roma, who strolled past Cagliari 3-0 to maintain the pressure on the top four. Two goals in the first eight minutes from Federico Fazio and Javier Pastore set Roma on their way, and Aleksandar Kolarov added a late third to round off a comfortable win for Claudio Ranieri’s side who are unbeaten in their last five games.

Lazio were forced to dig deep to edge past Sampdoria 2-1 on Sunday, keeping their hopes of making the top four alive in the process. A first-half double from Felipe Caicedo had looked to have put Lazio on course for a routine victory. This certainly seemed to be the case when Gaston Ramirez was sent off for Sampdoria on the stroke of half time. However, Fabio Quagliarella halved the deficit early on in the second half, and Lazio were grateful that Gregoire Defrel squandered a glorious chance with the goal at his mercy late on. Lazio and Atalanta face one another on Sunday in another key battle for the top four.

Bologna secured their fourth win in their last six games to take a massive step towards safety, coming from behind to beat Empoli 3-1. Marko Pajac’s first-half opener was cancelled out by a spirited second-half display from Bologna, with Roberto Soriano, Riccardo Orsolini and Nicola Sansone finding the net to move Bologna eight points clear of the drop zone.

Genoa moved a point further clear of the bottom three, drawing 1-1 with SPAL on Sunday afternoon. Felipe gave SPAL the lead, but substitute Gianluca Lapadula earned Genoa a point with a 56th-minute equaliser, leaving his side six points above 18th placed Empoli.

Napoli put their recent disappointing form behind them to see off Frosinone 2-0 in Sunday’s lunchtime kick-off. Dries Mertens’ delightful free-kick handed Napoli a first-half lead, which Amin Younes doubled in the 49th minute. Frosinone stay 10 points from safety and may have their relegation officially confirmed next weekend.

Already relegated Chievo battled back to draw 1-1 against Parma, making it four points from their last two matches. Following last week’s shock victory over Lazio, Chievo were aiming for back-to-back wins for the first time this season, yet fell behind to a Juraj Kucka header in the 38th minute. Riccardo Meggiorini equalised with a header of his own in the 66th minute, meaning that Parma were left to settle for their fourth successive draw.

Sassuolo moved into the top half by overcoming Fiorentina 1-0 in the final game of the weekend. Domenico Berardi’s 37th-minute goal settled the game, leaving Fiorentina manager Vincenzo Montella winless in his first four games in all competitions since re-joining the club earlier this month.