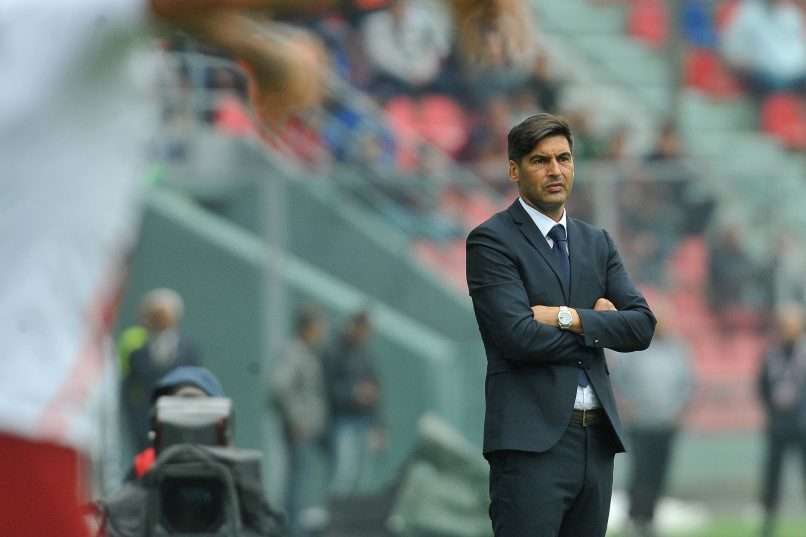 AS Roma boss Paulo Fonseca has praised Manchester United loanee Chris Smalling for some superb performances since moving to Italy’s capital, admitting the defender is “a great player” in his pre-match press conference.

“I think it’s the players who are important, not me. Roma are important. I do like my team to keep possession and we’re working to do that more effectively but all that really matters is the players understand we must be ambitious, that we must battle and run the whole game long.

“Mentality is the most important thing. I’m working with the team to make them even more ambitious.”

The Coach went on to discuss sporting director Gianluca Petrarchi, who joined the club in the summer.

“He’s very present, always close to the team. He talks to us a lot and is demanding. Having him around the team is a big positive. He’s with us every day and that’s really important.

“The first time we spoke about Smalling it was Petrachi who brought him up – he told me about the possibility of bringing him in. Chris has settled in nicely and he’s playing well. He’s a great player and very important to this team.”

As expected, Fonseca has been playing a high defensive line since his arrival from Shakhtar Donetsk last summer, and was asked by reporters if he would move away from that for Saturday’s match with Napoli.

Sassuolo’s Locatelli on his future: “I’m ready for a big club.”