Opinion | Serie A Team of the Season 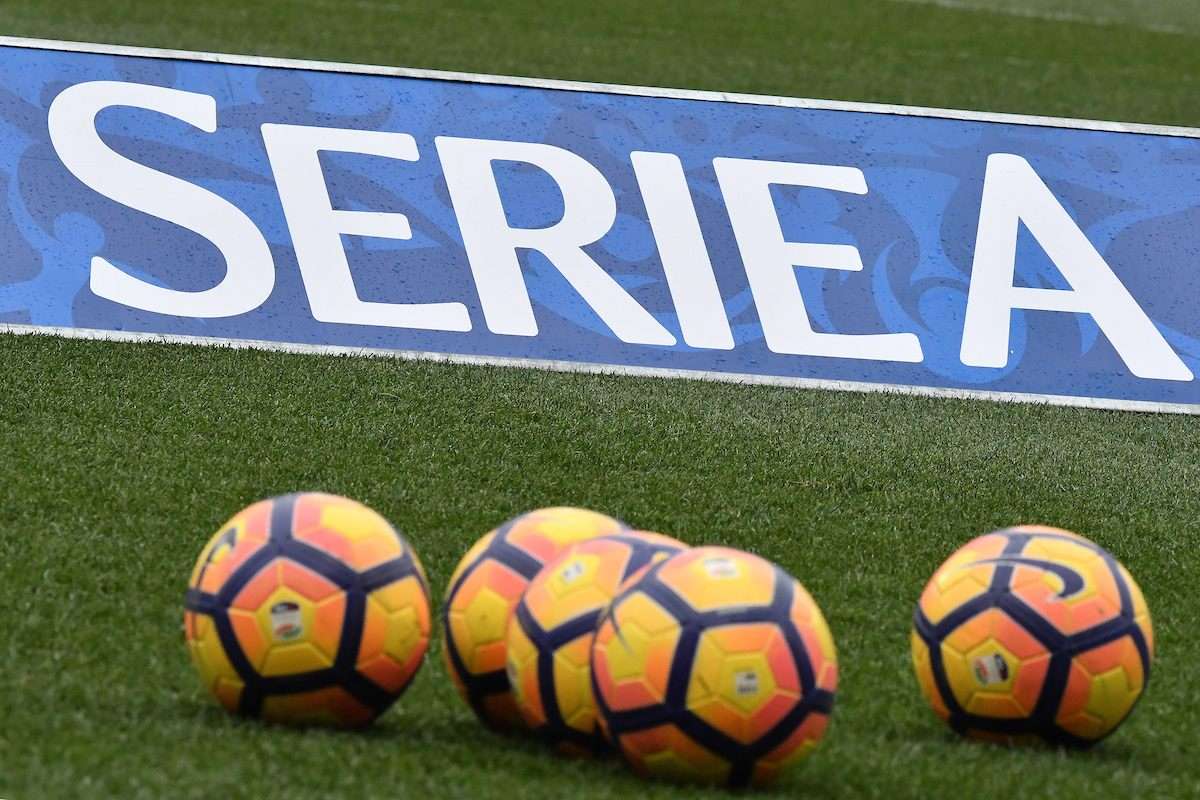 The Serie A season came to a thrilling conclusion on Sunday evening, with Atalanta and Inter Milan clinching their places in the Champions League for next season, whilst Empoli were relegated to Serie B. With the dust having settled, it is now time for me to pick my Team of the Year.

Cagliari struggled for the most part this season, only securing survival on the penultimate matchday. Had Cragno not been between the sticks, there is every chance that they would have gone down.

The 24-year-old stands at just 6 foot tall, relatively short for a goalkeeper, but his outstanding reflexes and footwork make up for that. Time and time again he has come to Cagliari’s rescue when they have been under pressure in games, and his exploits have not gone unnoticed, with Roberto Mancini consistently calling him up to the national side this year.

Roma had been reportedly pondering a move for the shot-stopper, but he signed a new deal with Cagliari on Monday, keeping him at the club until 2024. That may be their best piece of business for the summer done already.

Cancelo arrived in Italy in August 2017 when he moved to Inter Milan. The Portuguese defender impressed so much during his loan spell that Juventus came calling last summer. It did not take long for him to settle into life in Turin.

Constantly marauding down the right flank, Cancelo made a big impression in the first half of the season, standing out as one of Juve’s best players. Having just turned 25, there is still plenty for Cancelo to improve, most notably his reading of the play defensively.

He suffered an injury prior to the winter break, and did not find his best form in the second half of the season, making errors such as in the first leg of the Champions League quarter-final against Ajax where he gifted the ball to David Neres in the build-up to the equaliser. Nevertheless, Cancelo has still shown plenty to get excited about in his first full season in Italy.

Napoli’s Senegalese centre back was a key figure for the team last year when they pushed Juventus all the way in the fight for the Scudetto. It would be fair to say that he has not quite hit those heights this season, as Juventus have strolled to another league title, yet he remains one of the best defenders in the league.

Only Juventus and Inter Milan conceded less goals that Napoli this season, with Koulibaly holding the defence together once more. Manchester United are desperately seeking a centre back this summer, but look set to miss out on Koulibaly, who Napoli value at over £90million. If Napoli are to mount a serious title challenge next season, it is imperative that they keep their leader at the back.

Chiellini will be 35 in August, meaning that he has been carefully used by Massimiliano Allegri this season. The veteran defender has played just 25 of the 38 league games, yet his importance to the champions cannot be underestimated.

Throughout his career, Chiellini has not been the prettiest player to watch, often looking a little ungainly when in possession, and he does not possess much pace either. Fans from outside of Italy may associate him with regularly finishing games with a bandage around his head after one of his many head clashes, or as being the player that got bitten on the shoulder by Luis Suarez at the 2014 World Cup.

Regular viewers of Serie A will know differently though. Chiellini’s reading of the play is second to none, and in a season where Leonardo Bonucci and Daniele Rugani have struggled to perform consistently, Chiellini has shone once more, particularly in the first half of the campaign. It is no coincidence that his absence from both of the legs against Ajax resulted in Juventus being eliminated from the Champions League.

One of the harder positions to pick. There has not been a standout left back this season in the league, leaving Asamoah to just get the nod over former teammate Alex Sandro. Asamoah joined Inter last year and has largely made the left back spot his own, building on the impressive second half of the season that he had at Juventus last season.

He did briefly have competition for his place from Dalbert in the early stages of 2019, but settled back in to a consistent run of form in the final weeks of the season. Whilst Inter stuttered towards a place in the top four, eventually securing their spot on the final day, Asamoah continued to produce positive displays.

Meanwhile, Alex Sandro lost his way in the second half of the season, allowing Leonardo Spinazzola to stake his place for a regular starting berth. This downturn in form has ultimately cost him his place in this Team of the Year.

Bakayoko had a miserable time in England, struggling to adapt to the ferocious pace of the Premier League, which convinced Chelsea to loan him out to AC Milan. His start to life in Italy was not ideal either, as he was left on the bench in the opening game against Napoli, before coming on and seeing his side surrender a two goal lead to lose 3-2.

Yet within a couple of months, the Frenchman had hit his stride, and with Lucas Biglia out with a long-term injury, he made the holding role his own. Much like their city rivals, AC Milan experienced a number of highs and lows, enduring a tough period just before Christmas, then starting 2019 in outstanding form, prior to having a horrendous April, which cost them a place in the top four.

Bakayoko was the ever-present though, growing in confidence on the ball as the season progressed, whilst also reading the game well to disrupt opposition attacks. He looks to have played his last game for Milan, but he certainly made a positive impression in his solitary season.

Has Milinkovic-Savic been as good as he was last season? No. Yet he still just squeezes into this team. The midfielder attracted a lot of attention last summer, with Manchester United, Juventus and AC Milan all said to be interested in signing him. That may have affected him as he started the season in poor form.

However, his class began to shine through as the season wore on, culminating in him opening the scoring in the Coppa Italia final just minutes after coming off the bench. When his team needed him, he stepped up.

Already reports are circulating that Milinkovic-Savic will join Juventus in the off-season, and he will need to improve upon this season if he is to impress at the Italian champions. He has shown enough at Lazio to prove that he possesses the necessary quality to make an impact at Juventus.

Atalanta secured their highest ever league finish on Sunday when they pipped Inter Milan to 3rd spot. The role of their inspirational leader, Alejandro ‘Papu’ Gomez, was hugely significant.

7 goals and 11 assists only tells half the story, as Gomez created the most chances in any of Europe’s top five leagues. The Argentinian playmaker has only truly shown his class in the last three seasons under Gian Piero Gasperini, but at the age of 31 he appears to be at his absolute peak. His ability to find pockets of space enables him to dazzle with his quick feet, creating opportunities for teammates out of nothing.

He is set to get his chance to display his skills in Europe’s elite competition next year, which he truly deserves. An exceptional team player, Gomez has become the standout performer in a golden period for Atalanta.

It would be wrong to put Gomez in the team and leave out Ilicic. These two players have combined brilliantly throughout the season, ensuring that Atalanta finished as the highest scorers in the division with 74 goals.

The Slovenian had a tough start to the season, suffering from an infection which meant that he did not play until mid-September. It is no coincidence that Atalanta started the season slowly in his absence. Yet he quickly found his rhythm, scoring 12 goals and providing 7 assists during the course of the campaign.

In the past he has been unable to string a run of games together due to niggling injuries, but that changed this season as he played 31 of the 38 league matches. His performance in the 4-1 victory over Bologna in April will live long in the memory, with two goals and an assist capping arguably the best showing of the season by any player.

Having won the Champions League four times in his last five years at Real Madrid, Ronaldo would have hoped to bring the trophy back to Turin for the first time since 1996. That did not happen, but he can still be happy with his work in his maiden season at the club.

21 goals and 11 assists in 31 games illustrates an impressive campaign for Serie A’s biggest star. His highlight came in the Champions League as he netted a hat-trick to help his team overcome Atletico Madrid in the last 16.

Allegri’s style of play was criticised for being slow and conservative in the latter half of the season, which cost him his job. Ronaldo was visibly frustrated when Juventus were out-thought and outplayed by Ajax in the quarter-finals. With a new manager on the way, he will believe that Juventus can achieve their European dream next year.

The Capocannoniere winner. Most players would be slowing down at the age of 36. Fabio Quagliarella is not most players. 26 goals made him the clear leading scorer in the league, netting three more than his nearest challenger, Duvan Zapata at Atalanta.

Admittedly, Quagliarella is Sampdoria’s penalty-taker, which did help him continually add to his tally. Yet that should not take away from what has been a stunning season for the striker. His first goal of the season was a ridiculously cheeky flicked volley against Napoli, summing up what a classy player he is.

He became Italy’s oldest goal scorer when he found the net against Liechtenstein in March, and with his game being based around his sublime first touch and footballing brain rather than pace, it is fair to predict that there is still plenty more for Quagliarella to achieve in the game.